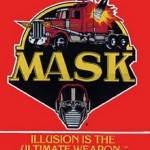 For Immediate Release
SHOUT! FACTORY AND FREMANTLEMEDIA ENTERPRISES
BRING POPULAR CLASSIC ANIMATED SERIES
M.A.S.K.
TO HOME ENTERTAINMENT AND DIGITIAL DISTRIBUTION
Los Angeles, CA (March 30, 2011) – Shout! Factory and FremantleMedia Enterprises (FME) announced today a deal to bring the renowned classic animated series M.A.S.K. to the home entertainment marketplace. Under its multi-year agreement with FME, Shout! Factory will be the exclusive home entertainment distributor with digital rights to the first 65 action-packed episodes of M.A.S.K. (known to fans as the original series aired in 1985) in North America. The announcement was made by Shout! Factory’s founding partners Richard Foos, Bob Emmer and Garson Foos; and Jeff Siegel, FME VP of Home Entertainment, The Americas.
“This deal with FremantleMedia Enterprises continues to build on our proven success with some of the premiere animation and family-friendly brands in the marketplace. We are delighted with this opportunity,” state Shout! Factory founding partners. “M.A.S.K. has been one of the fan favorite classic animated series in TV history, with a highly successful presence in many countries across the world.”
Siegel stated, “FME is dedicated to bringing content from our extensive catalogue, including a classic series like M.A.S.K., to the home entertainment marketplace. We are thrilled for Shout! Factory to bring this long lost, retro series from the 80′s to its fans in North America.”
Popular animated television series M.A.S.K. debuted on television and in wide syndication during the 1980s, features M.A.S.K. (Mobile Armored Strike Kommand), a secret organization led by Matt Trakker that fights crime in an unusual way. By donning specially charged masks, they have extraordinary powers to fight the villains of V.E.N.O.M. (Vicious Evil Network of Mayhem). In addition to the masks, our heroes and their counterparts have super vehicles capable of a wide range of defensive and offensive actions, from changing a car into a jet or becoming a submarine. Throughout the years, M.A.S.K. boasts a large fan following and spawned a series of toyline, comic books and video games.
ABOUT FREMANTLEMEDIA ENTERPRISES & FREMANTLEMEDIA
FremantleMedia is one of the leading creators and producers of entertainment brands in the world. FremantleMedia is part of the RTL Group, Europe’s largest television and radio broadcast company, which is in turn 90 percent owned by Bertelsmann AG, one of the world’s major media and entertainment companies. FremantleMedia’s worldwide production arm is responsible for many of the world’s highest rated prime time entertainment, drama, serial drama and factual entertainment programmes. FremantleMedia Enterprises is the brand extension arm of FremantleMedia, offering a one-stop-shop for all Licensing, Distribution and Home Entertainment around the world. The FremantleMedia Group (which includes FremantleMedia North America, UFA, talkbackTHAMES, FremantleMedia Australia and Original Productions amongst others) has operations in 22 countries, one of the most comprehensive global networks, creating nearly 10,000 hours of programming a year, rolling out more than 60 formats and managing over 300 individual titles. FremantleMedia has some of the world’s most sought after and long running formats in its catalogue, and globally, produces such programmes as: Idols (co-produced with 19 Productions in the US), Hole In The Wall, Got Talent (co-produced with Syco in the UK and the US), The X Factor (co-produced with Syco in the UK), Take Me Out, Family Feud, The Price is Right, Farmer Wants A Wife, Gute Zeiten Schlechte Zeiten, and Neighbours.
ABOUT SHOUT! FACTORY
Shout! Factory is a diversified entertainment company devoted to producing, uncovering and revitalizing the very best of pop culture. Founders Richard Foos, Bob Emmer and Garson Foos have spent their careers sharing their music, television and film faves with discerning consumers the world over. Shout! Factory’s DVD offerings serve up classic, contemporary and cult TV series, riveting sports programs, live music, animation and documentaries in lavish packages crammed with extras. The company’s audio catalogue boasts GRAMMY-nominated boxed sets, new releases from storied artists, lovingly assembled album reissues and indispensable “best of” compilations. These riches are the result of a creative acquisitions mandate that has established the company as a hotbed of cultural preservation and commercial reinvention. With its fingers on the pulse of pop culture, Shout! Factory continues to impact the entertainment media landscape through acquisition of top quality programming for home entertainment releases. Shout! Factory is based in Santa Monica, California. For more on Shout! Factory, visit www.shoutfactory.com.