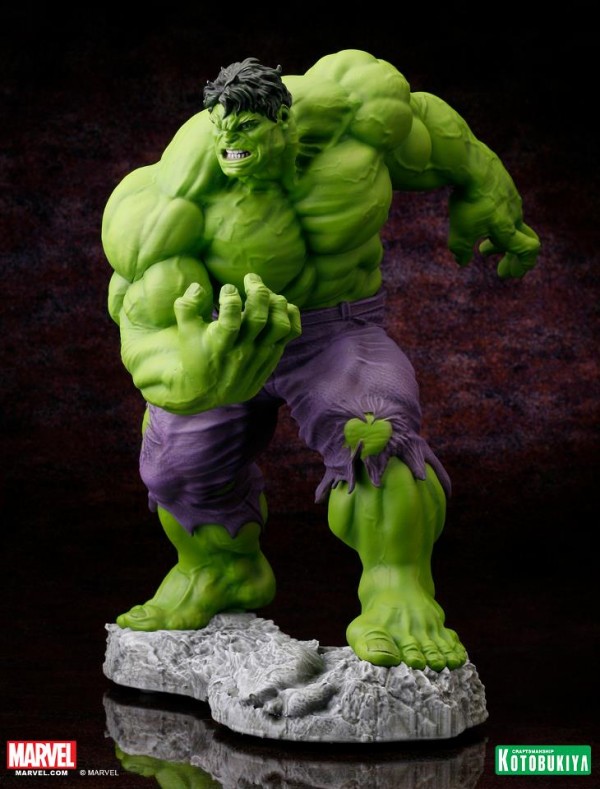 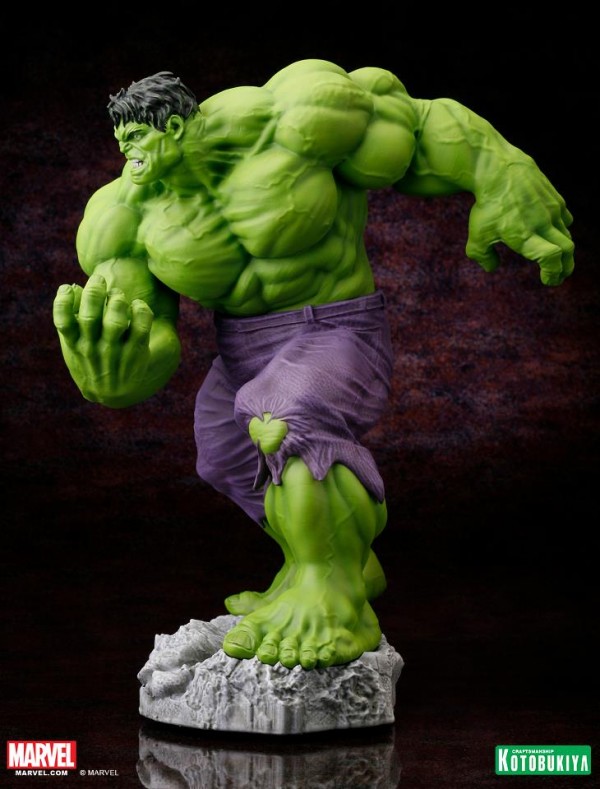 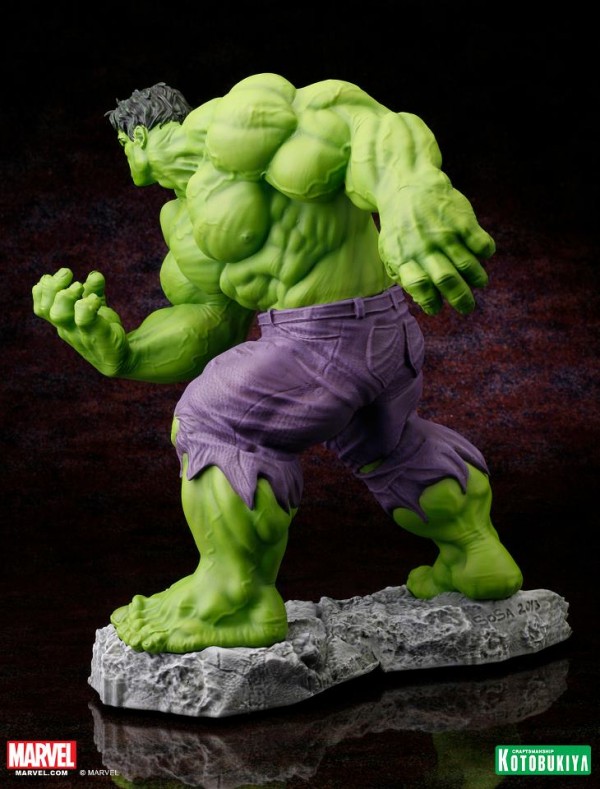 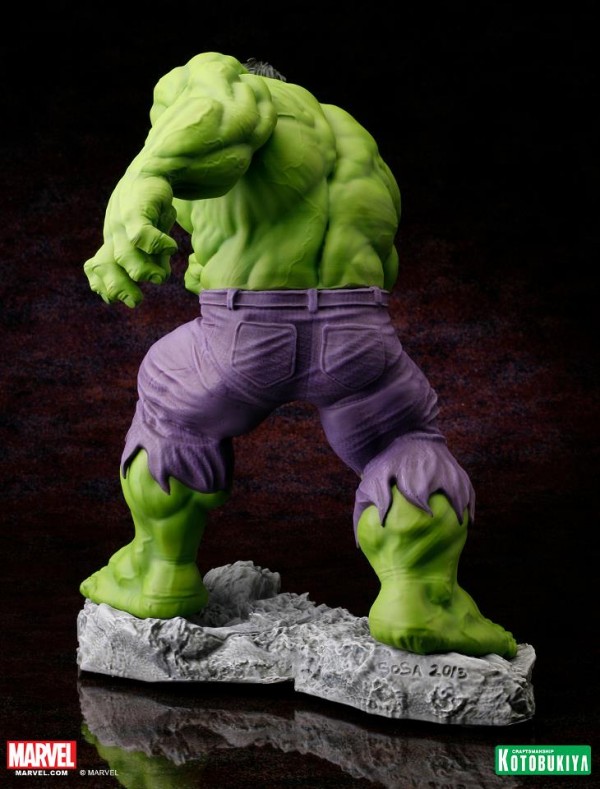 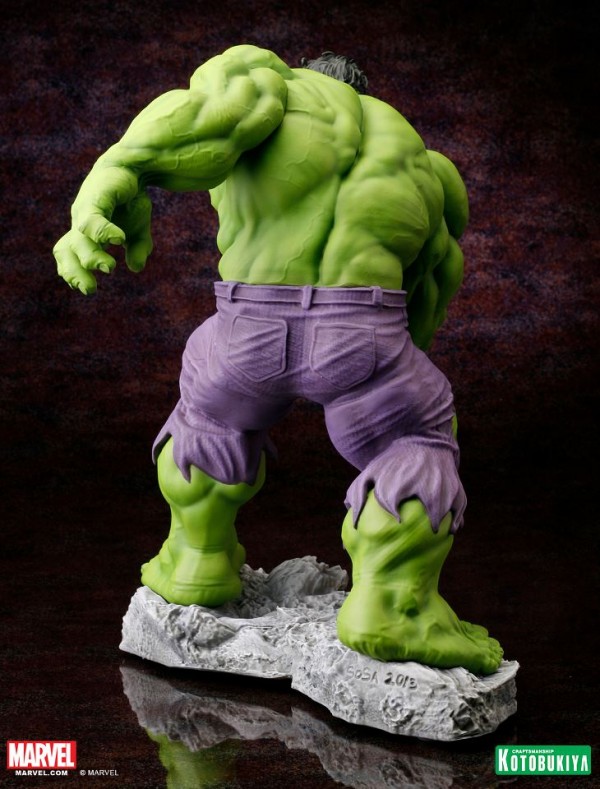 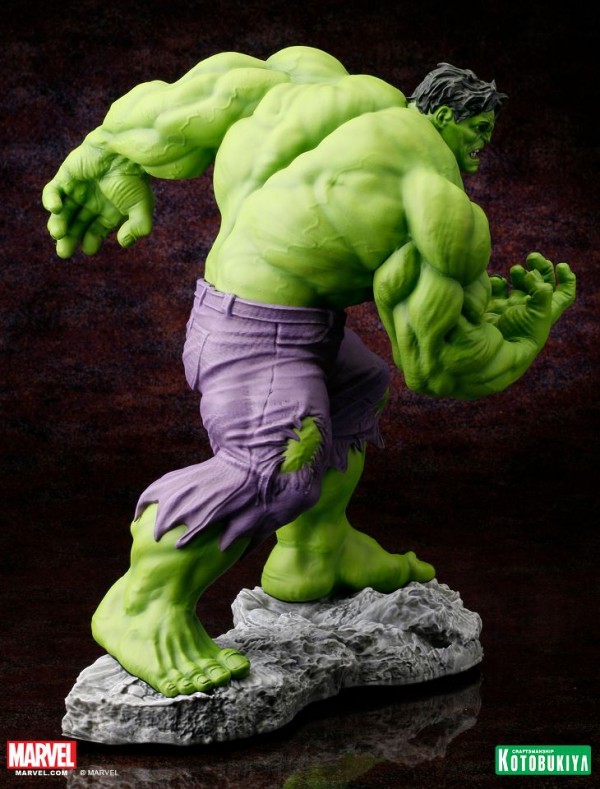 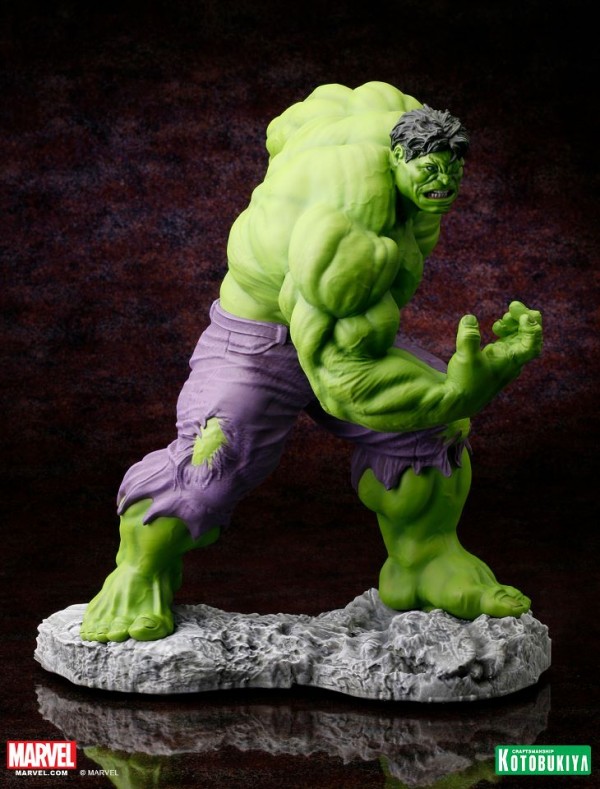 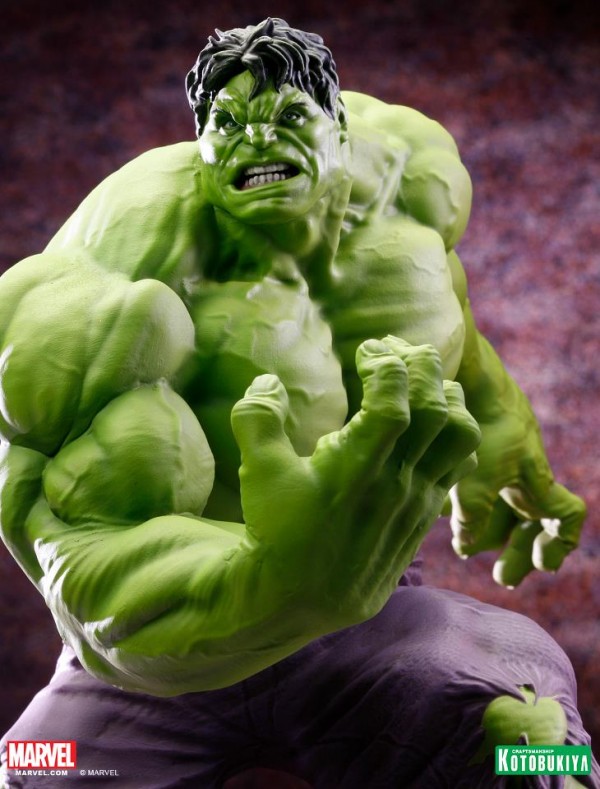 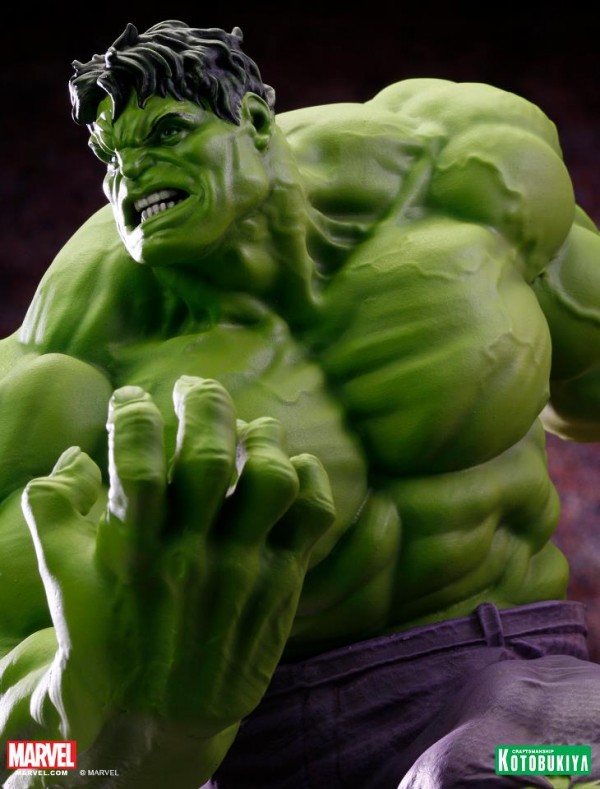 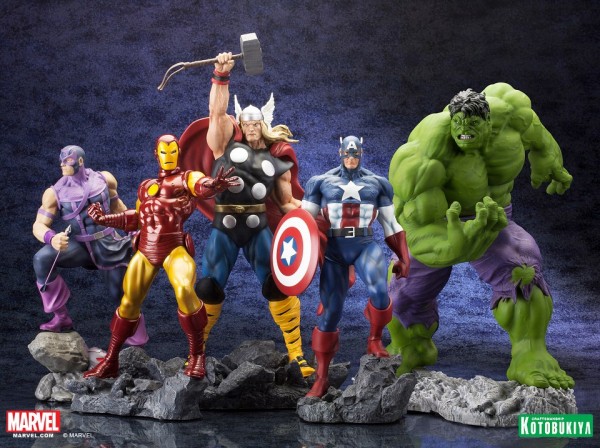 The Hulk has been a staple superhero of the Marvel Comics universe for years, battling foes across the universe in epic storylines. Mild-mannered scientist Dr. Bruce Banner was experimenting with highly volatile gamma radiation when an explosion bathed him with that green energy, transforming him into the enormous aggressive powerhouse known as the Hulk. As the massive creature Banner has been a menace to humanity as well as one of its greatest heroes, and in that respect has served with distinction among Marvel’s premiere champions. Celebrating his look in those comics comes an incredible brand new Fine Art Statue, Hulk Classic Avengers! The massive Hulk leaps straight off the pages of Avengers comics in all of his green skinned glory! The powerfully built hero stands on cracked and broken terrain, flexing his enormous muscles as he prepares to charge once more into battle against those who would threaten the Earth. Hulk has a wide-legged stance, balancing on his tree trunk-like legs while he leans forward and flexes one arm in front of him and one behind. Bruce Banner’s alter ego is all muscle, with rippling sinews and incredibly detailed anatomy including veins, toe and finger nails, and more under his subtly accented green-hued skin. He even wears his iconic purple pants, intricately sculpted with belt loops, seams, creases, and of course the shredded remains at his knees. Hulk also sports a fierce facial sculpt that captures the character’s never-ending rage, completing the look of what’s destined to become THE Hulk statue for collectors and comic book fans alike! Sculpted by artist Erick Sosa, Hulk stands on his special terrain display base in the same 1/6 scale as his fellow Avengers! Whether he’s standing by himself in your display or alongside the Fine Art Statues of his teammates Thor, Iron Man, Captain America, and Hawkeye, the mean green machine is sure to impress.
Available October 2013.