The ‘black’ character from the 3DCG series ‘RWBY’ is joining threezero’s series!

From the American animated web series by Rooster Teeth Productions, ‘RWBY’ comes a 1/6th scale action figure of the ‘Black’, Blake Belladonna! The show is set in the fictional world of Remnant, which is filled with supernatural forces. The series focuses on Team RWBY – a team of four girls which consists of Ruby Rose, Weiss Schnee, Blake Belladonna and Yang Xiao Long.

Blake is a rather silent character with physical prowess that gives her a highly acrobatic fighting style. Her signature weapon is the Variant Ballistic Chain Scythe (VBCS) known as ‘Gambol Shroud’ which can transform between a chain-sickle, a pistol and a katana sword. The figure stands approximately 32cm in height, with an outfit made from real fabric. The paintwork is specially done to recreate the cell-shaded animation used in the series. ‘Gambol Shroud’ is included and can be displayed in its various different forms – an extended blade and pistol blade as well as a chain are all included. The black ribbon in her hair can be attached and removed and also features cat-ears behind it. She comes with three kinds of interchangeable hands including relaxed hands, clenched fists and hands for holding her weapons. 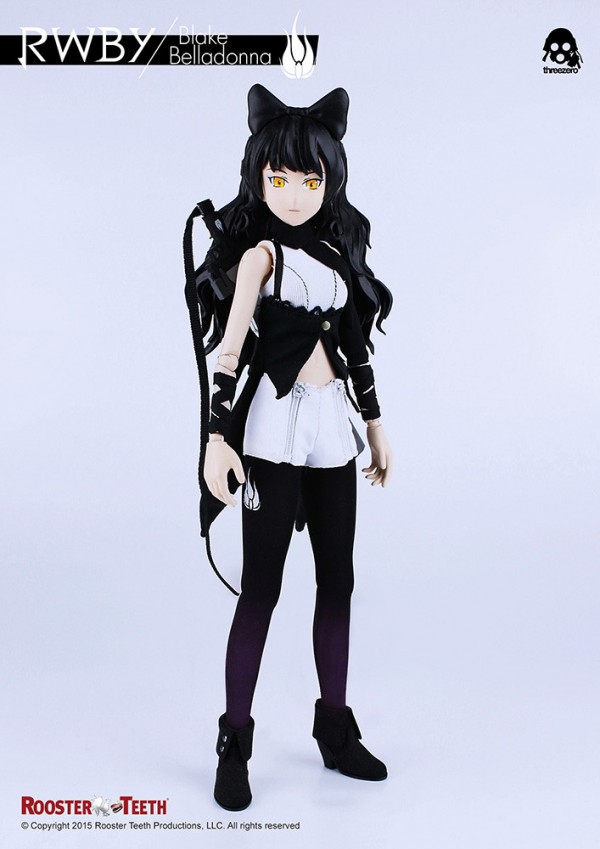 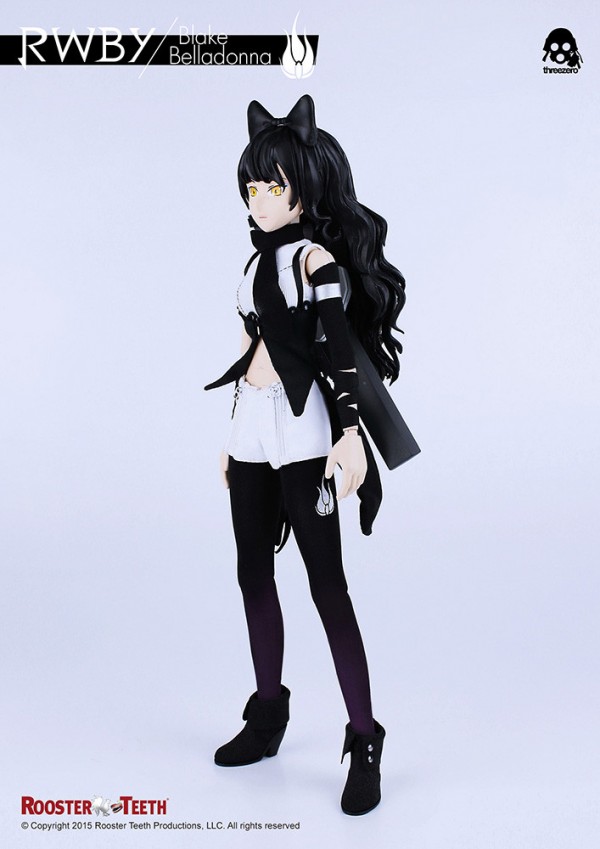 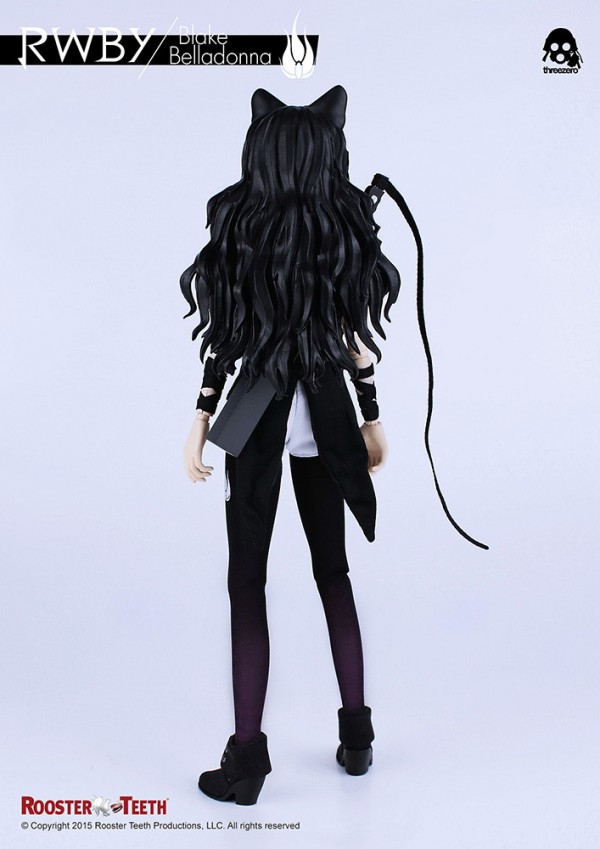 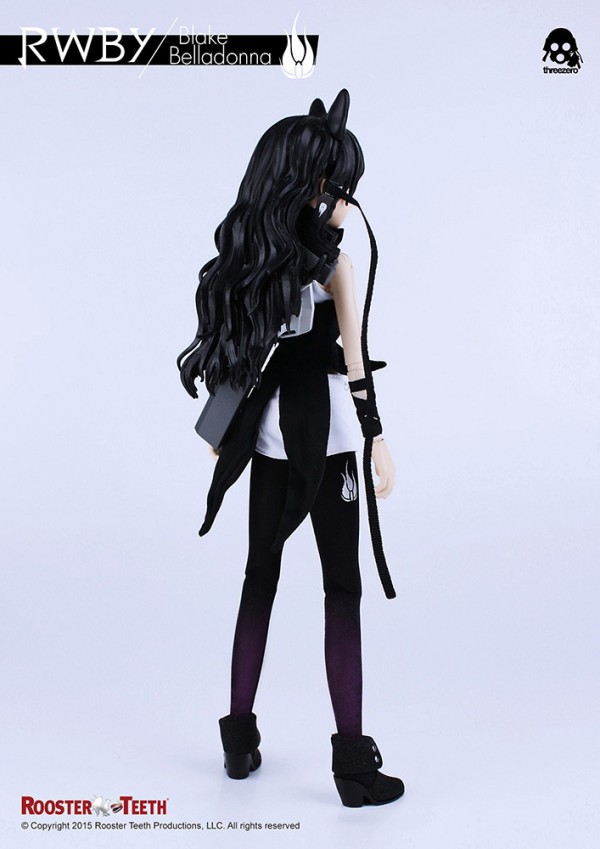 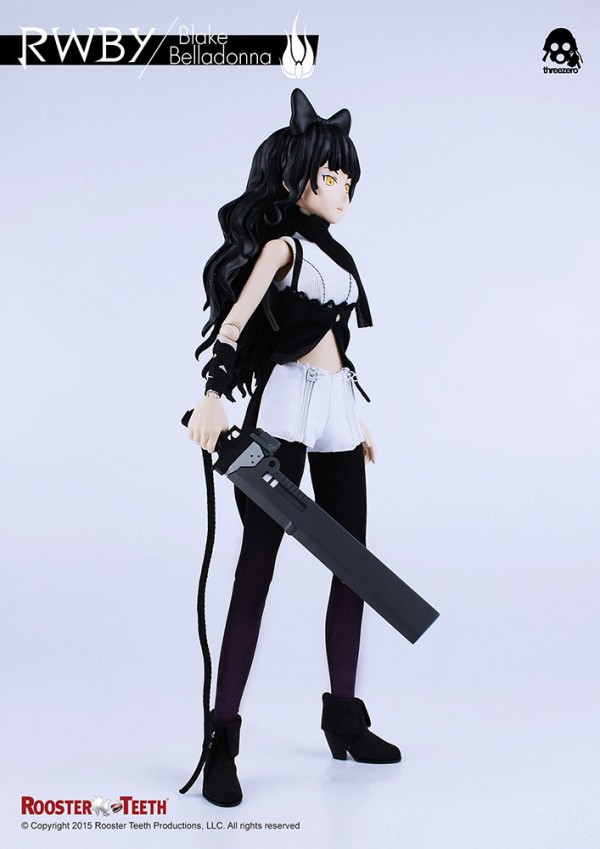 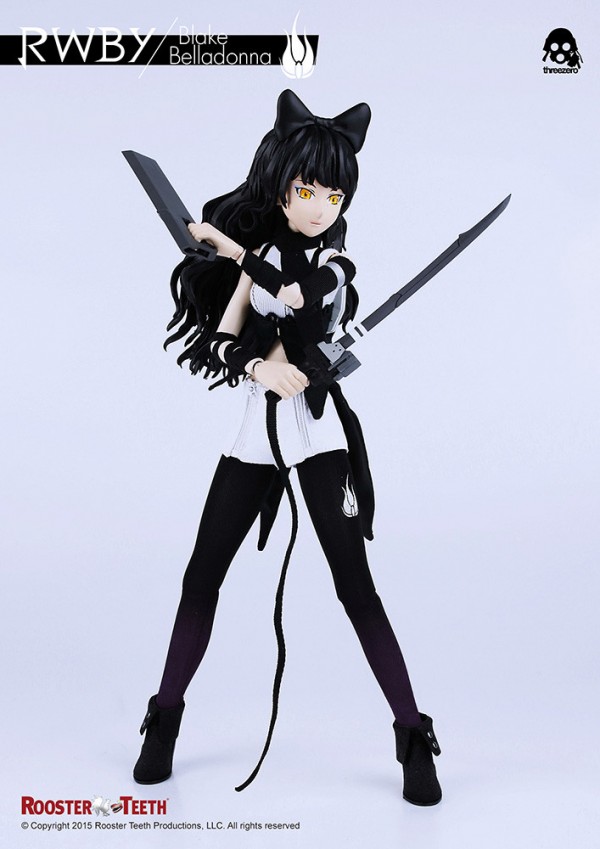 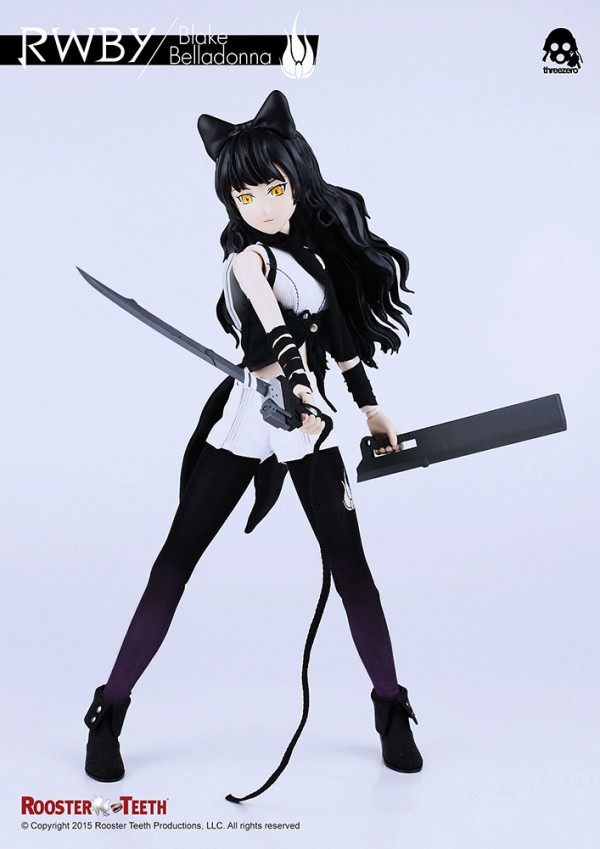 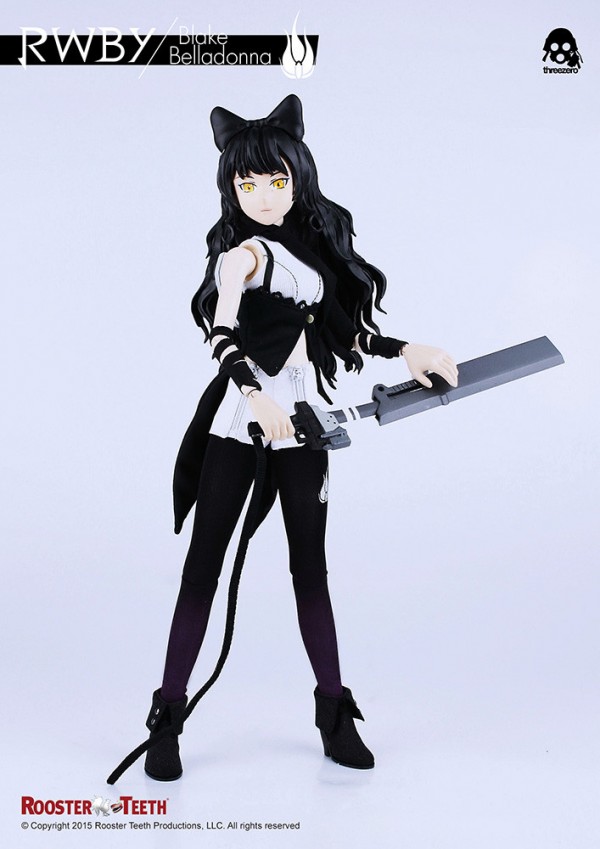 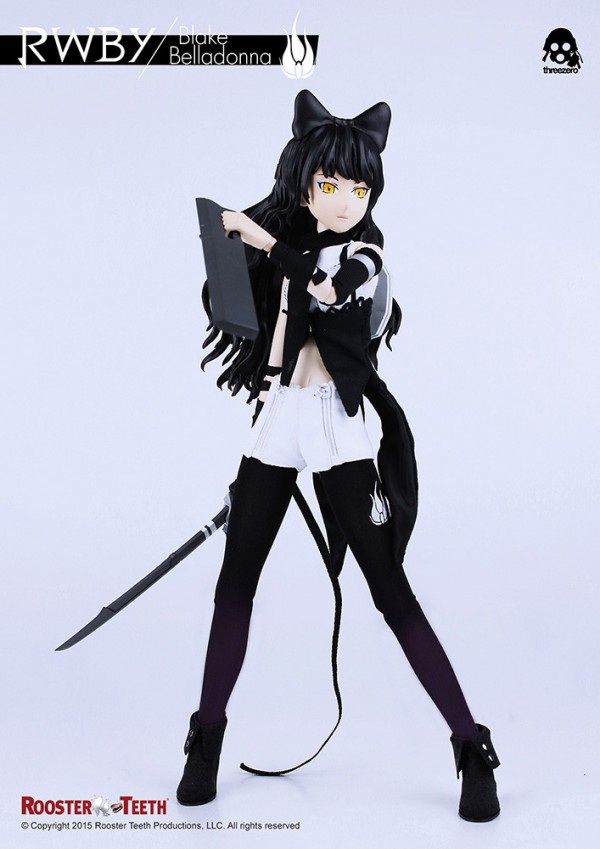 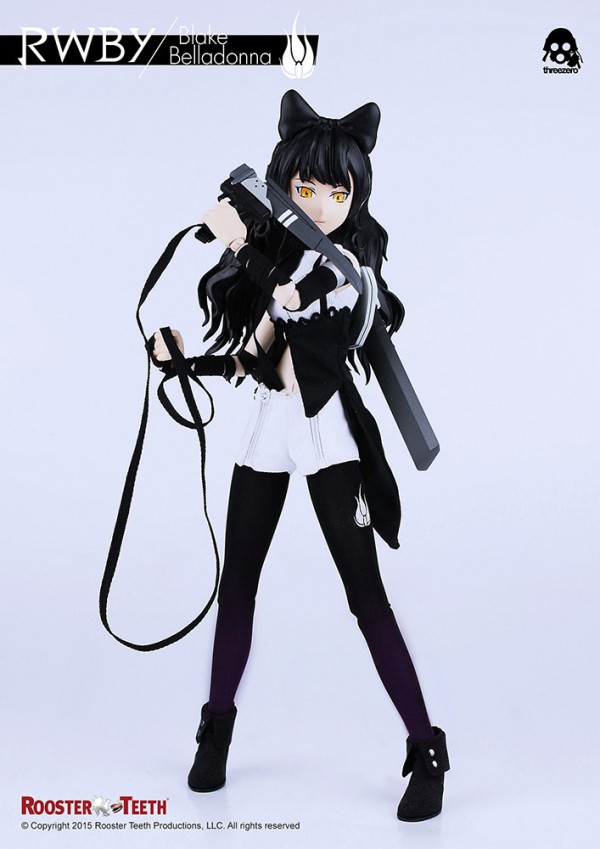 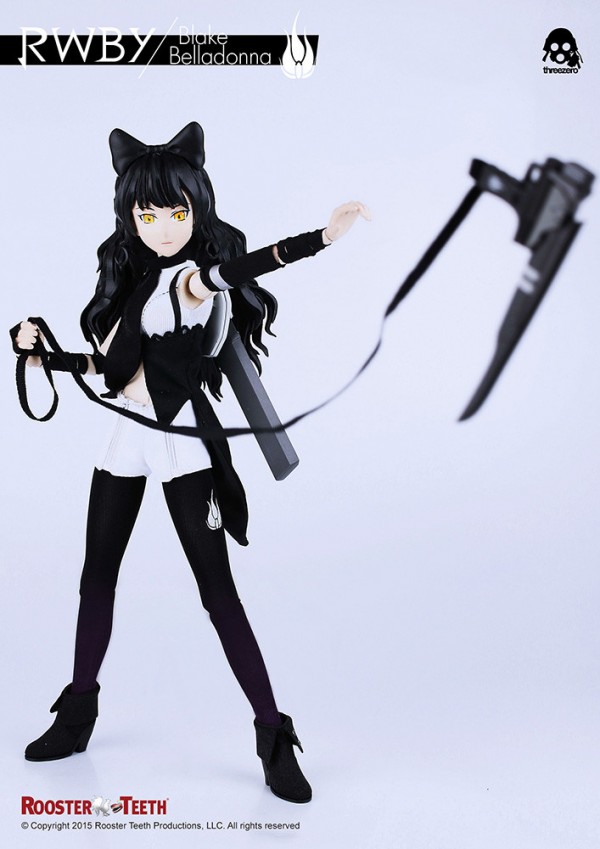 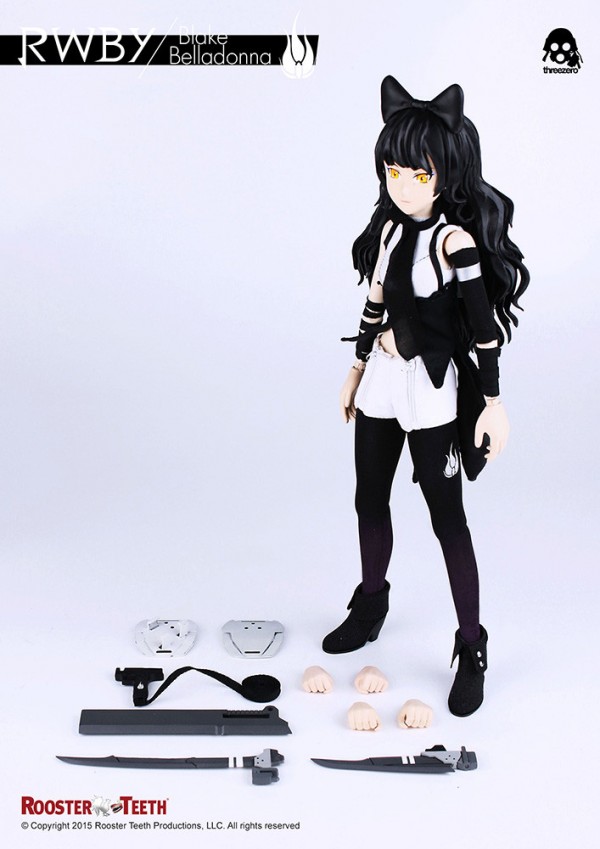