THUNDERCATS PHASING TYGRA CON EXCLUSIVE
If you’re a child of the 80s, ThunderCats was a thing. A pretty amazing « thing » actually, that filled many a half-hour blocks of afternoon TV watching during our wonder years.
The ThunderCats carried the proverbial torch which was lit — for me at least — with Thundarr The Barbarian, passed to He-Man and eventually handed to the ThunderCats, who ran with it from the mid to late 80s. One adventure after another broadening the horizons of Third Earth.
Heeding the call of the Sword Of Omens, Tygra’s eyes flare as he sees the ThunderCats signal projected in the sky. He’s off, across the battlefield, bolas in hand. The Mutants think they have him. They out number him twenty-to-one and they all have weapons of stone and metal, all he has is his whip — and his wits. He jumps, seems to flicker in mid air, and then he’s gone from sight. Before they know what’s happening, an invisible assailant is dismantling their forces from within their midst. Moments later, the mutants are in a heap, with no clue what hit them. Tygra phases to visibility again and smirks.
We’re proud to present our convention exclusive phasing variant of Tygra, from our Mega Scale ThunderCats line.
The figure will be up for pre-order here starting June 8, 2016 as well as for sale at our booth at San Diego Comic Con. 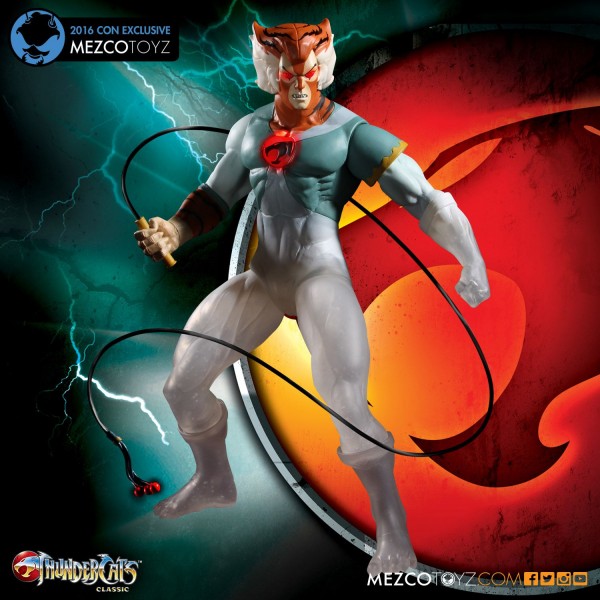 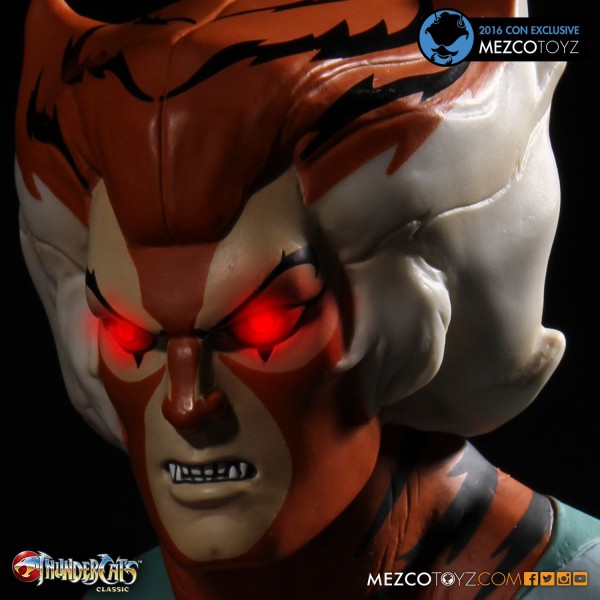 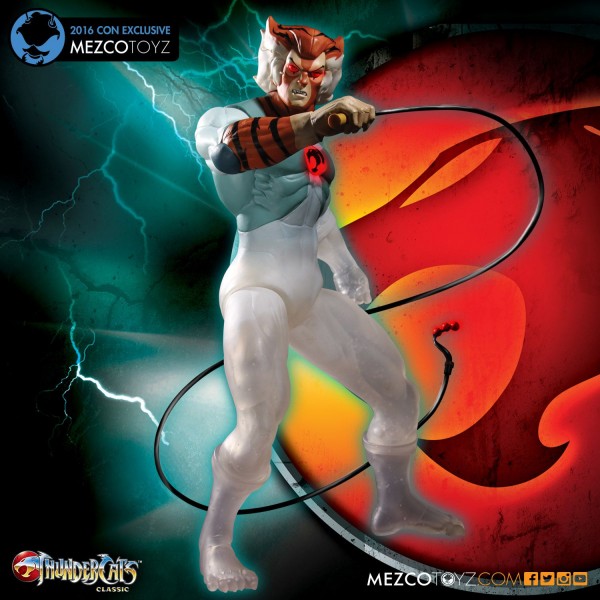 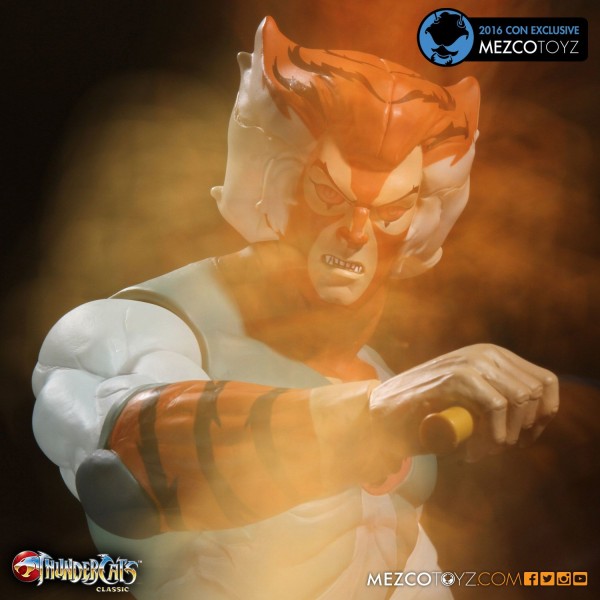 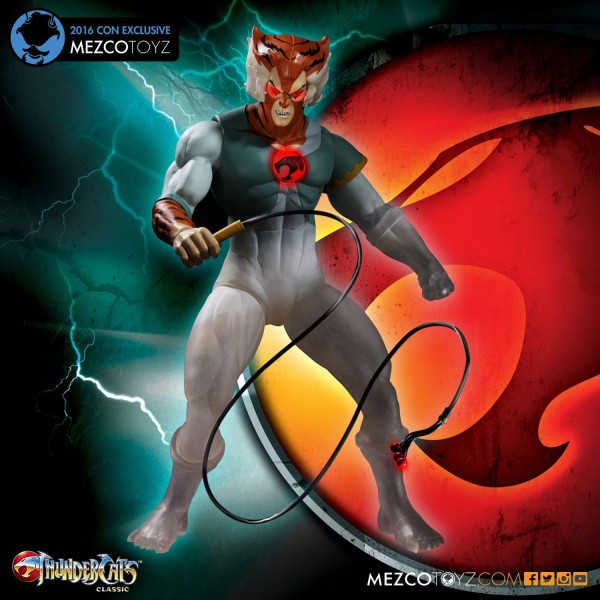 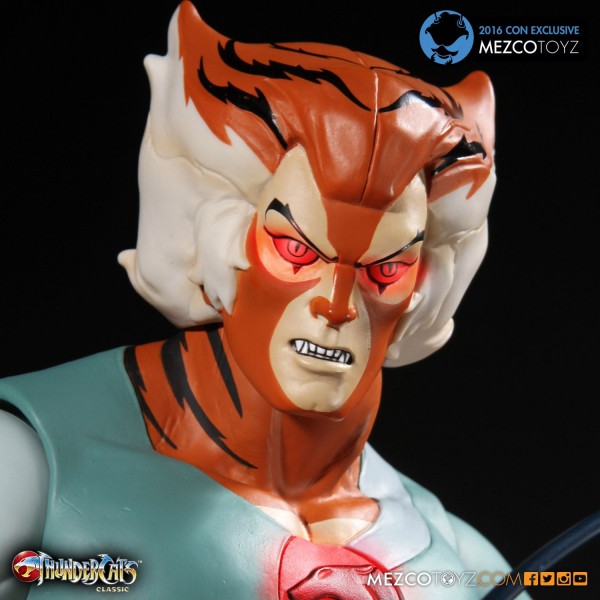