As Star Trek turns 50, we look back and celebrate one of the most influential television series of all time. Set in the 23rd century, the show follows the brave crew of the U.S.S. Enterprise NCC-1701 as it explores strange new worlds and seeks out new life and new civilizations. With its smart storytelling, an A-list cast, and a who’s who of guest stars, Star Trek quickly solidified itself as a television classic as well as a cultural phenomenon with impact across society. Since then, Star Trek has spawned five spin-off series and over a dozen feature films. Star Trek has and will continue “To boldly go where no man has gone before.”
In the first pilot episode, “The Cage,” the Talosians use their power of illusion to interest Captain Pike in a young woman named Vina. They present her in various guises and settings, including as a beautiful, green-skinned Orion girl. Dressed in her shimmering metallic gold dancer’s dress with matching gold arm cuff, Vina as an Orion remains one of the most enduring images from Star Trek. 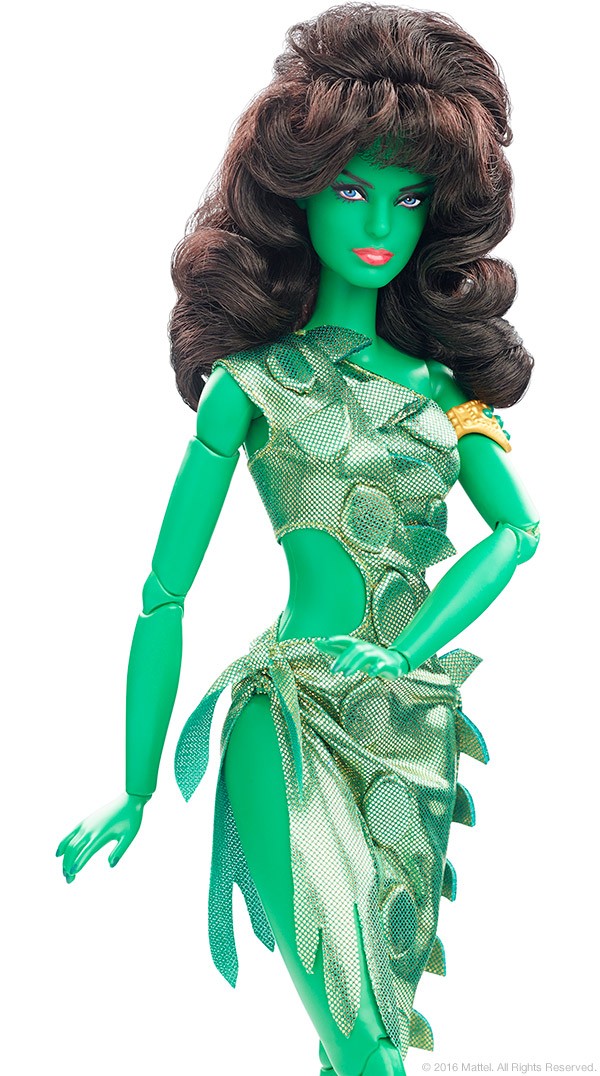 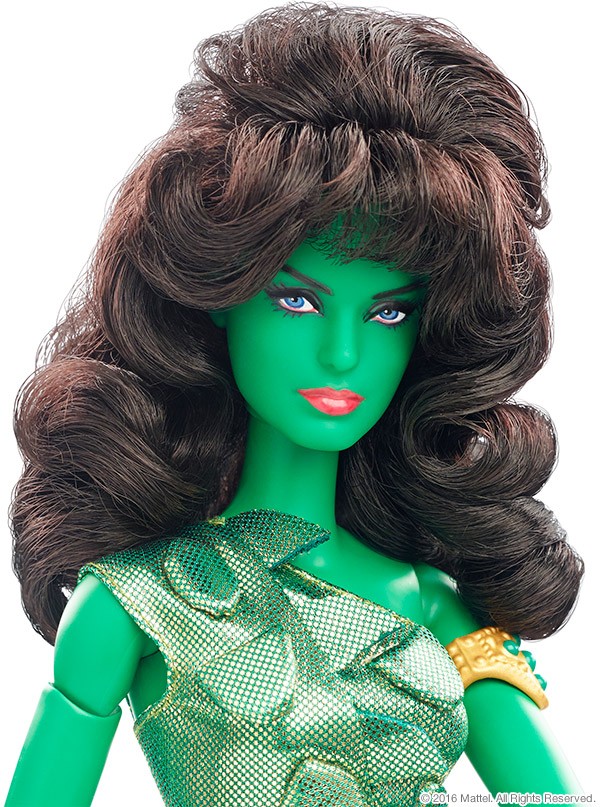 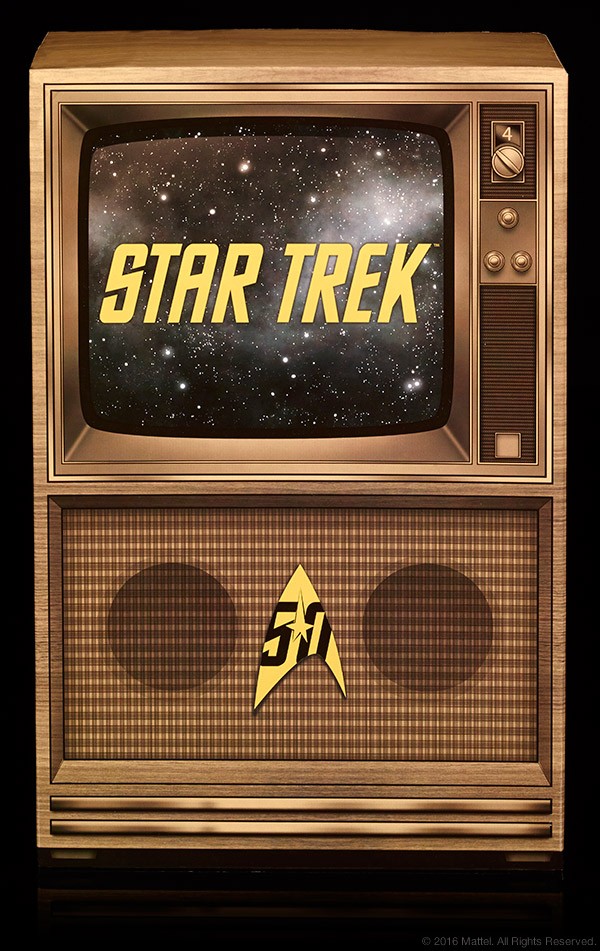 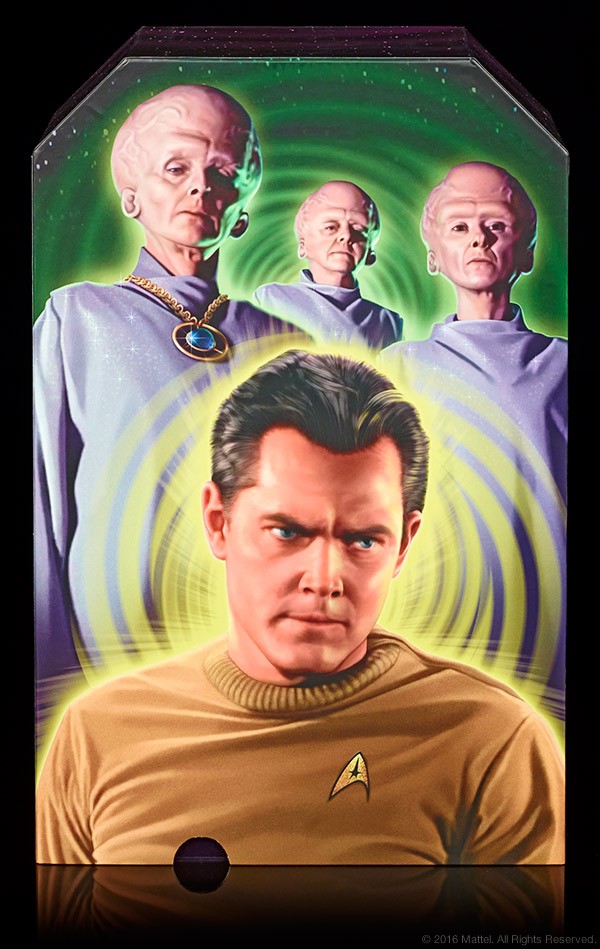 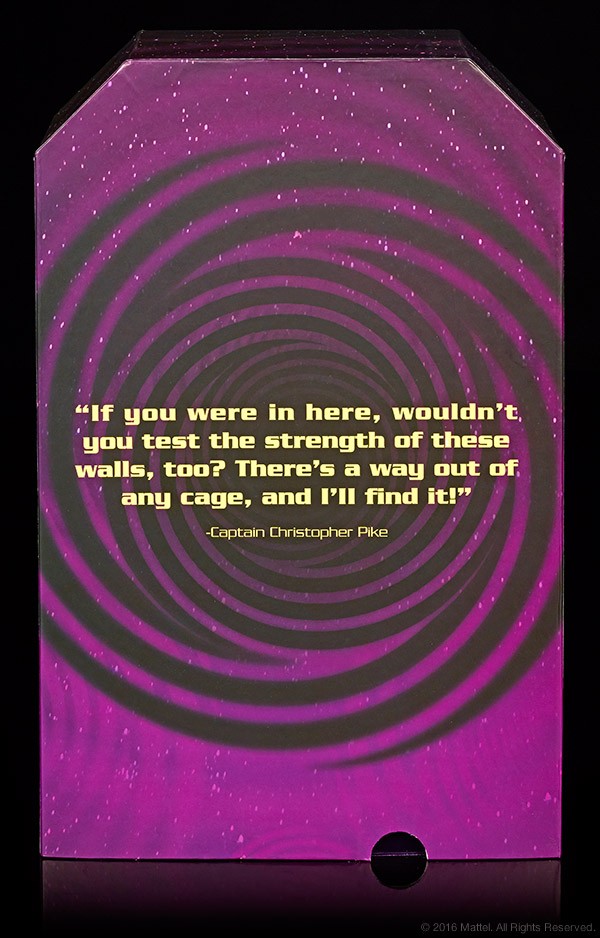 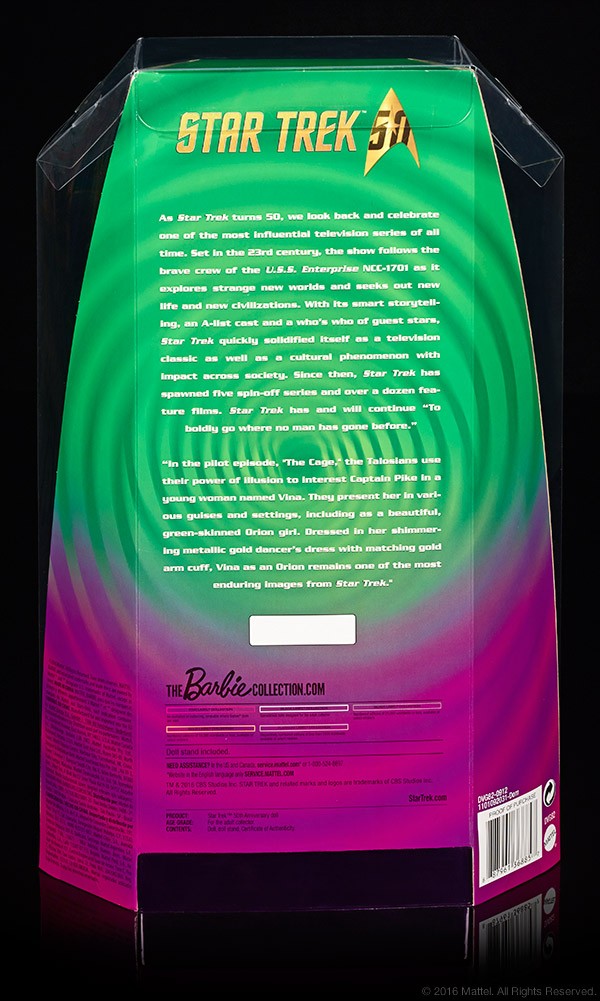 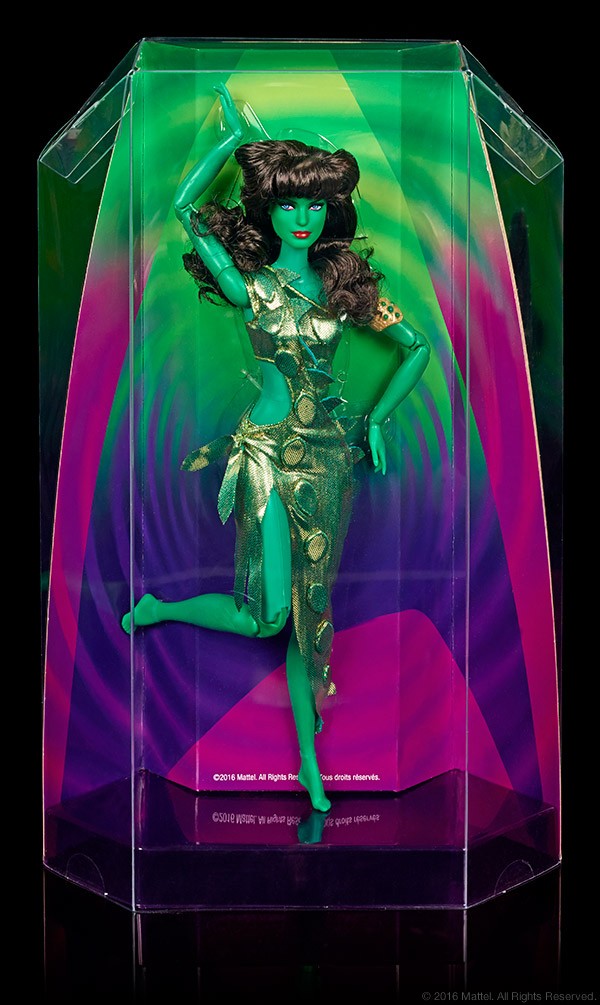 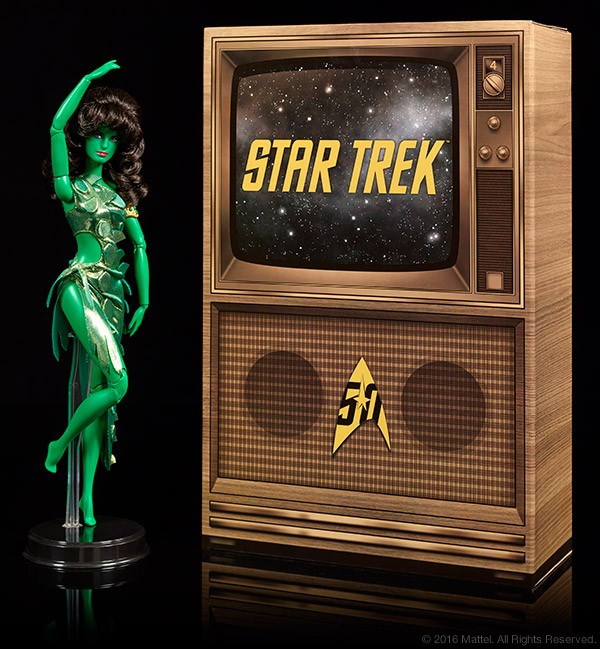 As befitting of the daughter of Zeus, Wonder Woman™ makes her appearance in Batman v Superman: Dawn of Justice™ and this Justice League member proves she’s battle ready! Inspired by the costume worn in the movie, this Wonder Woman™ Barbie® doll arrives at SDCC cloaked in a royal blue hooded cape lined with gold lamé and worn over her bold red bustier and royal blue paneled skirt. She also wears her signature golden headdress, bulletproof bracelets and golden lasso. Standing heroically atop a “rocky” ledge brandishing a sword and shield, she is the portrait of a true Amazonian Warrior Princess. 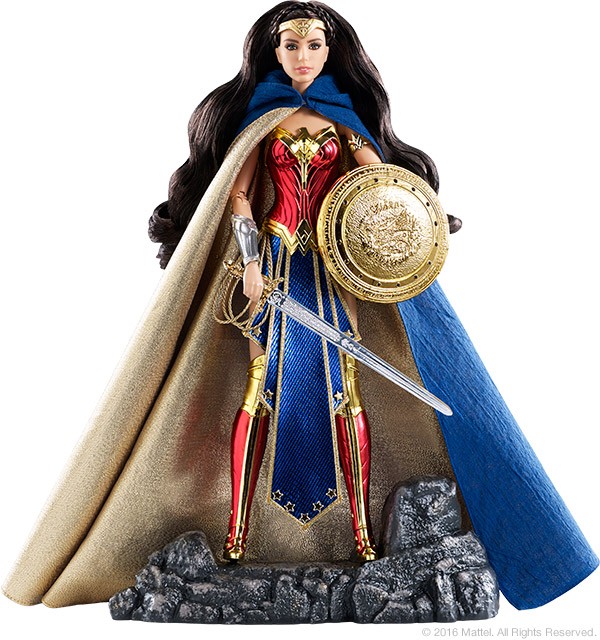 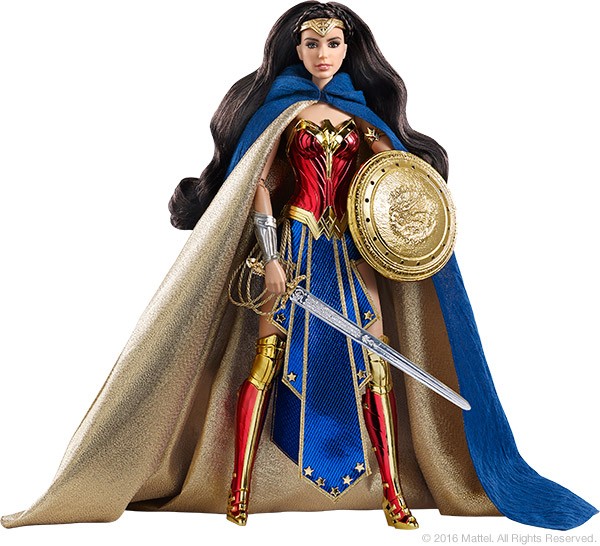 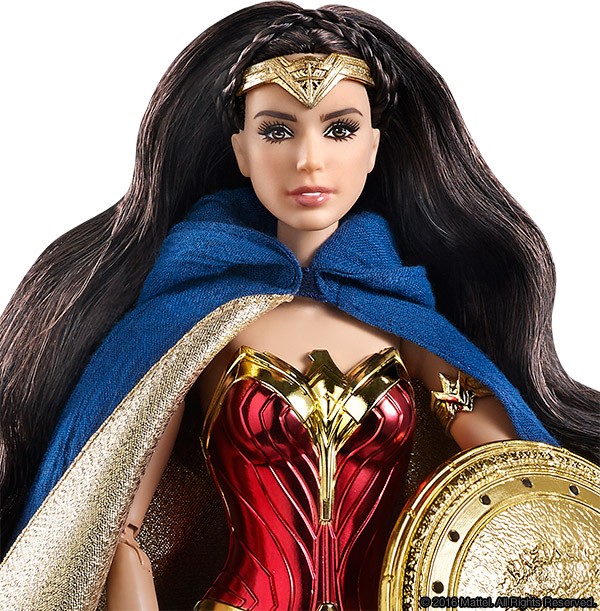 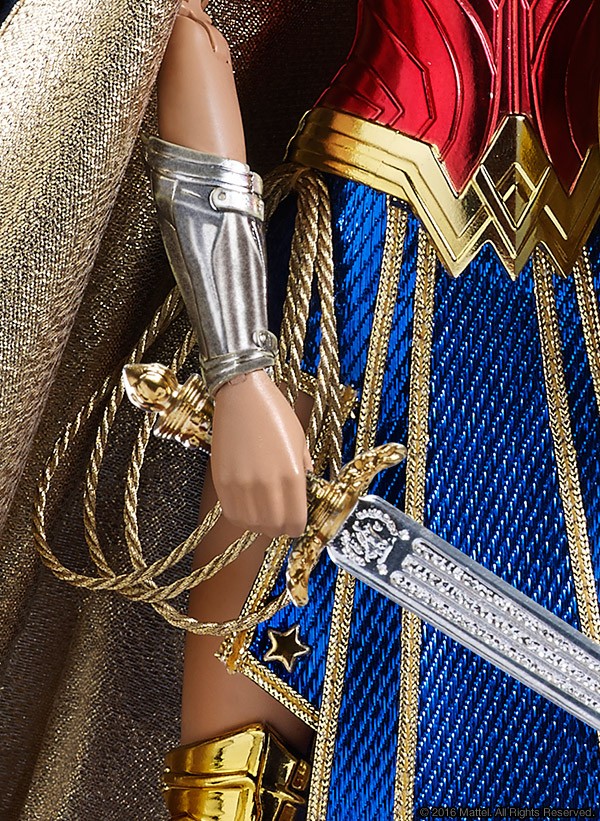 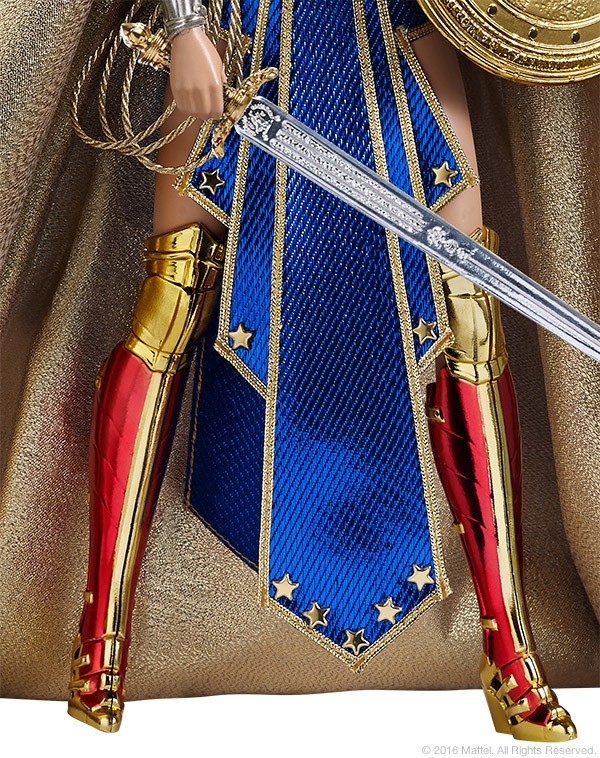 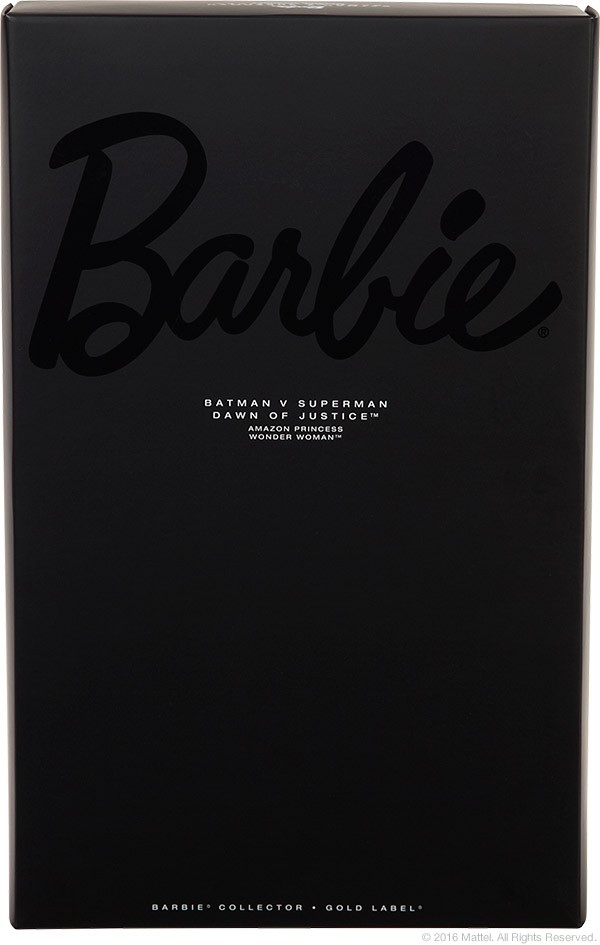 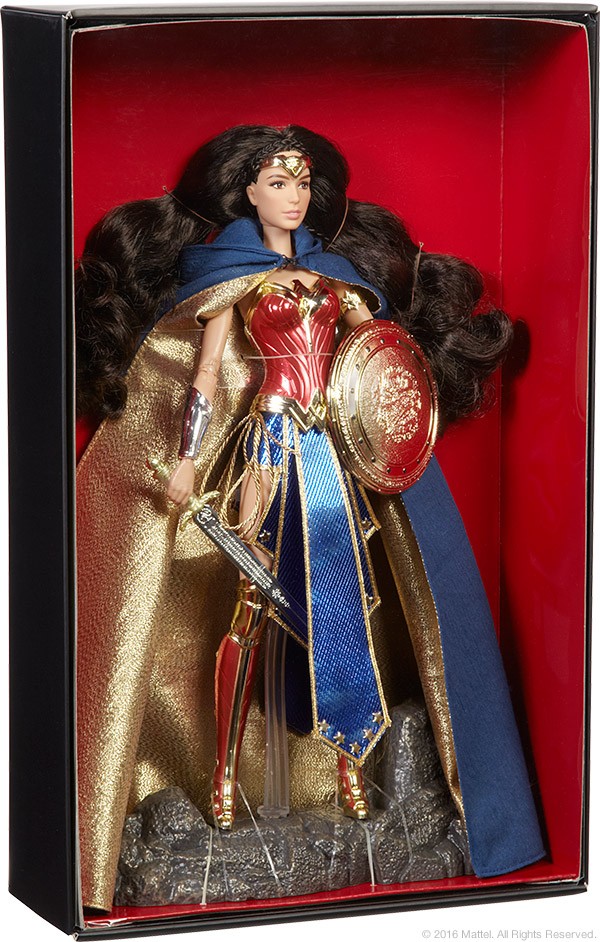 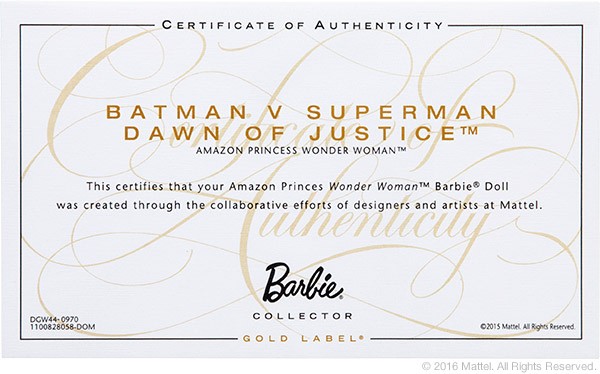