The showdown of the century in Nendoroid size!
From the popular movie ‘Batman v Superman: Dawn of Justice’ comes a Nendoroid of Superman! The Nendoroid is a part of the fully articulated ‘Edition’ series of Nendoroids which allows for all sorts of action poses from the movie and Superman also includes special parts to display him in flying poses! The full articulation has also been even further improved by matching the hip articulation to the design so that his body’s shape is preserved even when the hips are twisted!
Effect parts to display Superman using his heat vision as well as a face plate designed for use with the effect parts are both included! A certain item that appeared toward the end of the film is also included, and can be held by both Superman as well as Nendoroid Batman: Justice Edition (sold separately) with specially included hand parts! Enjoy recreating all sorts of different scenes from the movie with the two heroes in Nendoroid size! 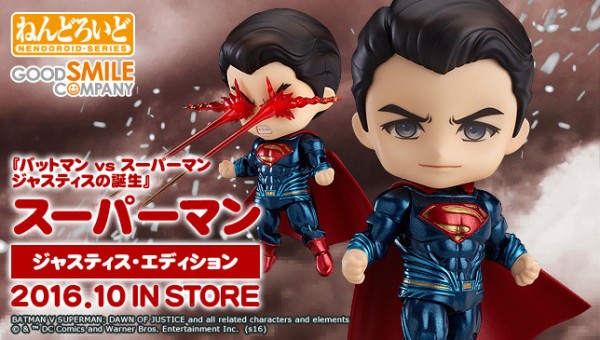 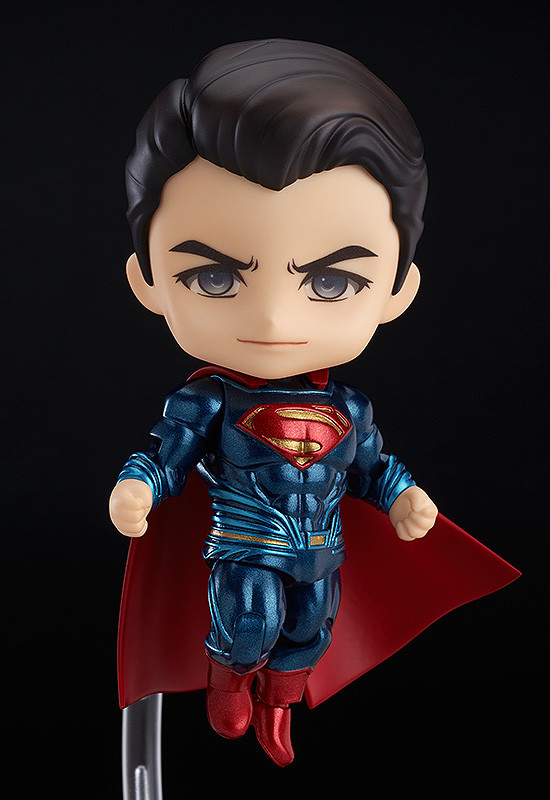 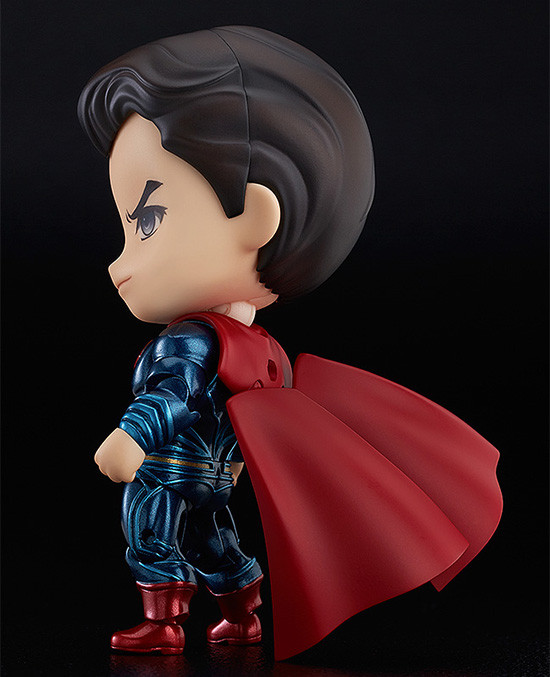 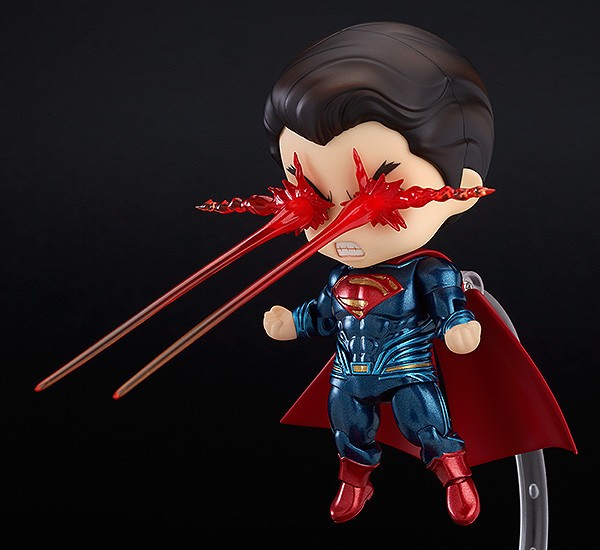 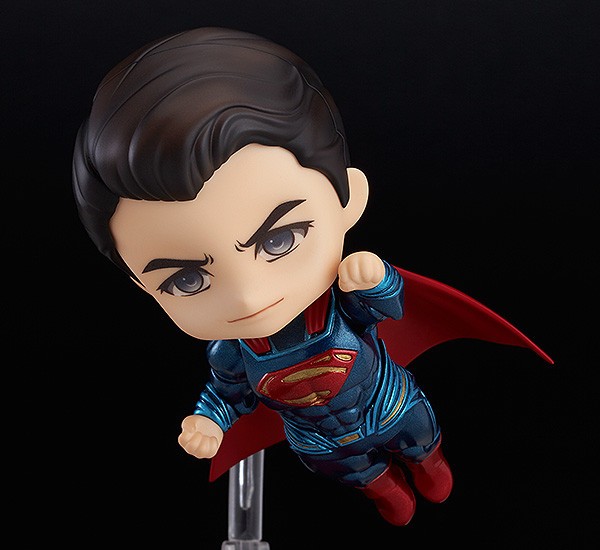 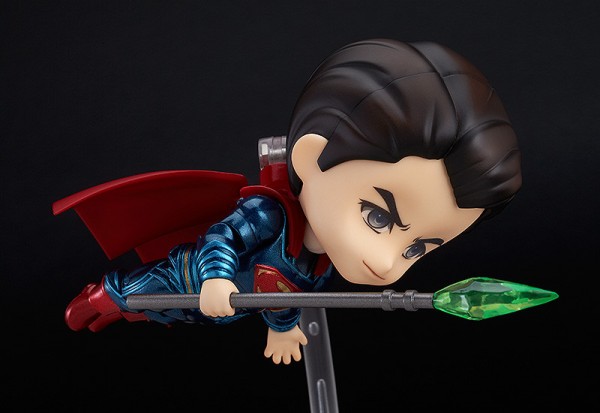 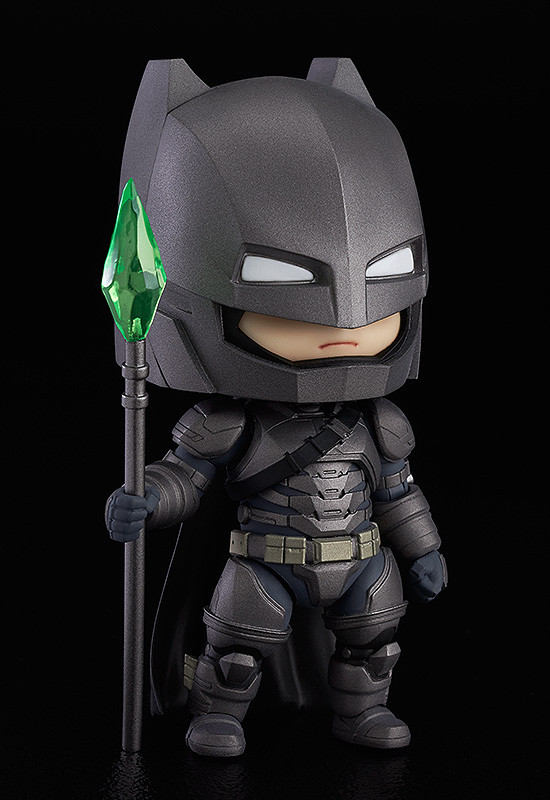 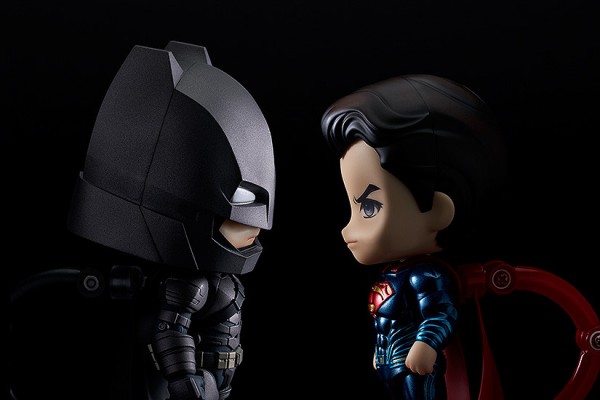