BTTF Part II – 1/6th scale Marty McFly Collectible Figure
In the classic sci-fi film Back to The Future Part II, the time-traveling duo Marty McFly and Dr. Emmett Brown have went to the future the 2015 in order to save Marty’s future son from disaster. Its representation of the year 2015 has been the favorite moment for many fans of the movie, and today Hot Toys is very excited to officially present the all-new 1/6th scale collectible figure of Marty based on his memorable “future” look in this Back to The Future sequel!
The movie-accurate collectible figure is specially crafted based on the image of Michael J. Fox as Marty McFly in his 2015 outfit in the film. It features a newly developed head sculpt, meticulously tailored costume including the iconic futuristic running shoes, a selection of detailed accessories such as hover board, multi-color cap, future soft drink bottle, sports almanac, and a specially designed dynamic figure stand perfect for hover board skating poses.

BTTF Part II – 1/6th scale Dr. Emmett Brown Collectible Figure
In the iconic time-travelling film Back to The Future Part II, Doc Brown takes Marty McFly to 2015 to stop Marty’s future son from making a horrible mistake that will ruin Marty’s future family, but after making their return, they have discover their own time has been transformed.
Following the official introduction of Hot Toys’ Back to The Future Part II 1/6th scale Marty McFly collectible figure, we are extremely thrilled to present the fans’ eagerly awaited 1/6th scale collectible figure of Doctor Emmett Brown!
The movie-accurate collectible figure is specially crafted based on the image of Christopher Lloyd as Dr. Emmett Brown in Back to The Future Part II. It features a newly developed head sculpt, sophisticatedly tailored “futuristic” costume, wide variety of detailed accessories, and a figure stand. 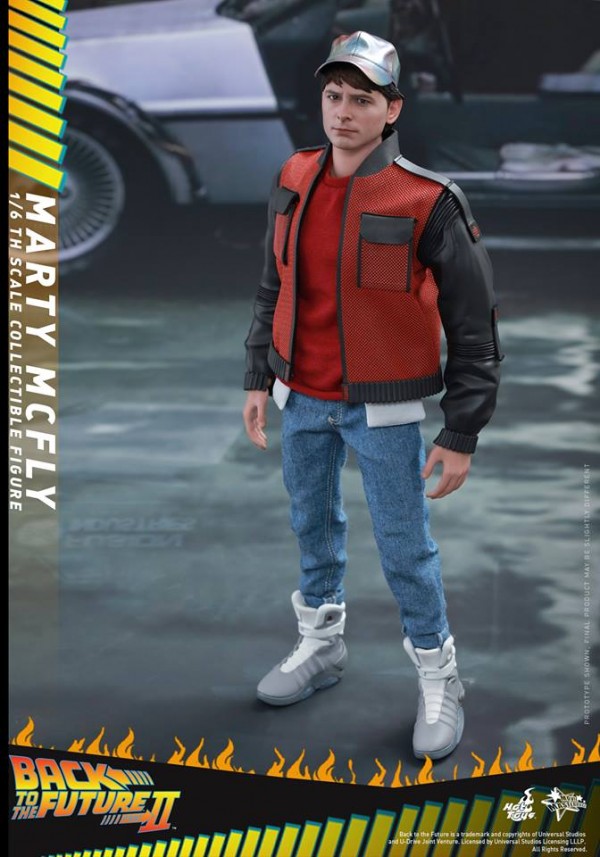 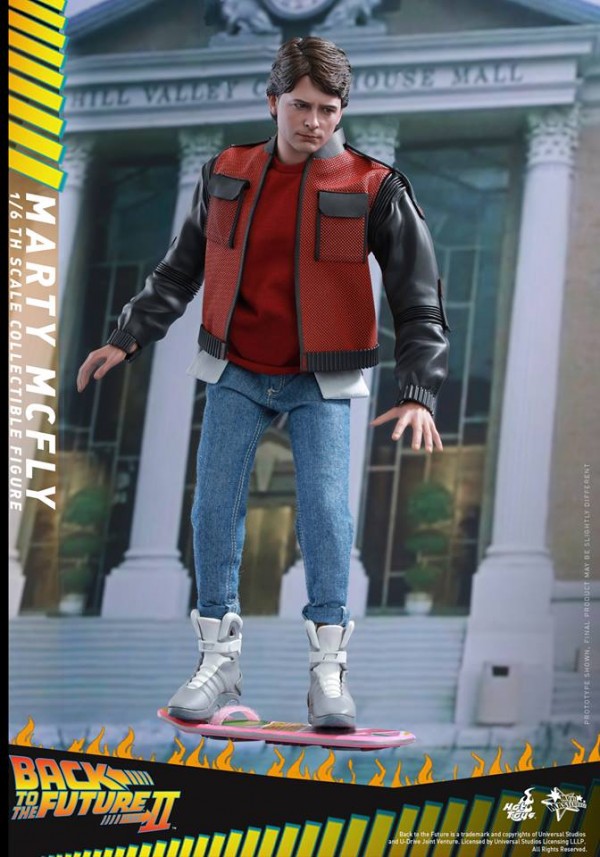 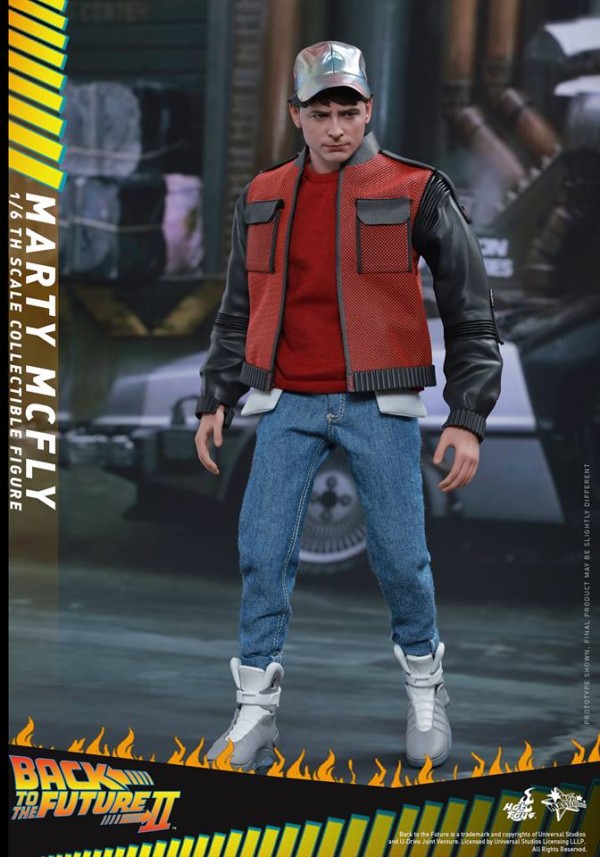 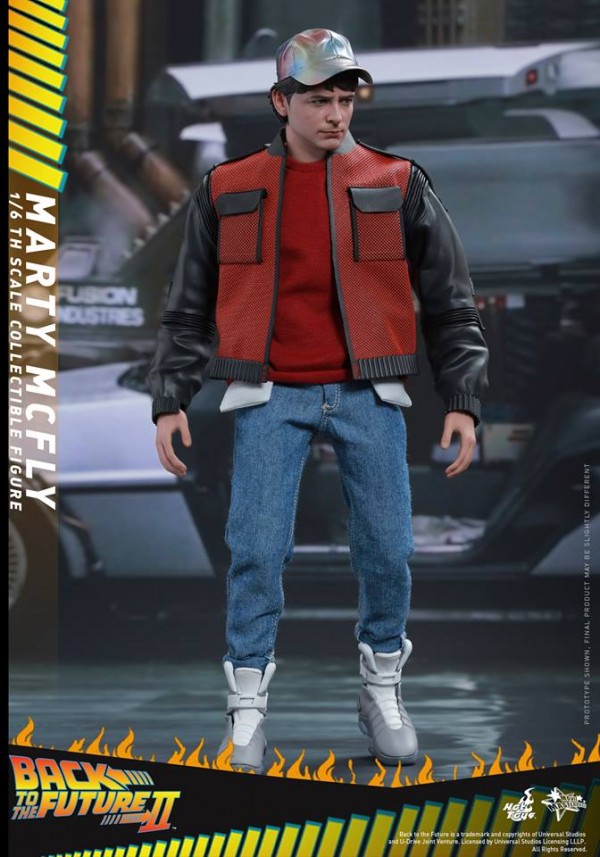 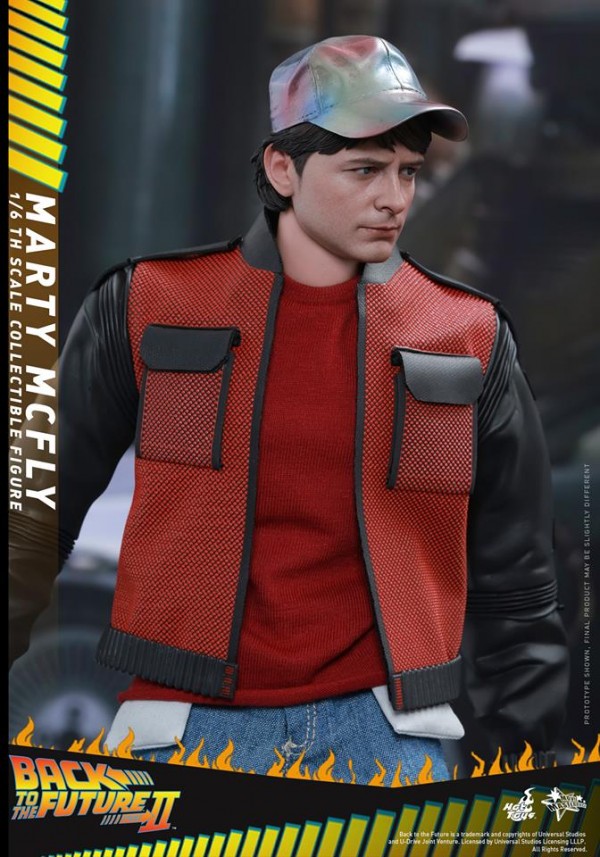 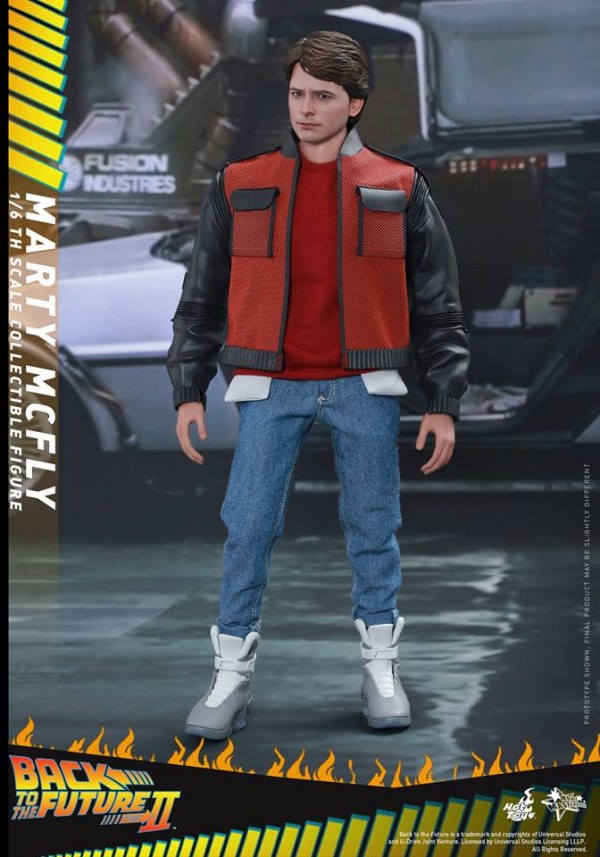 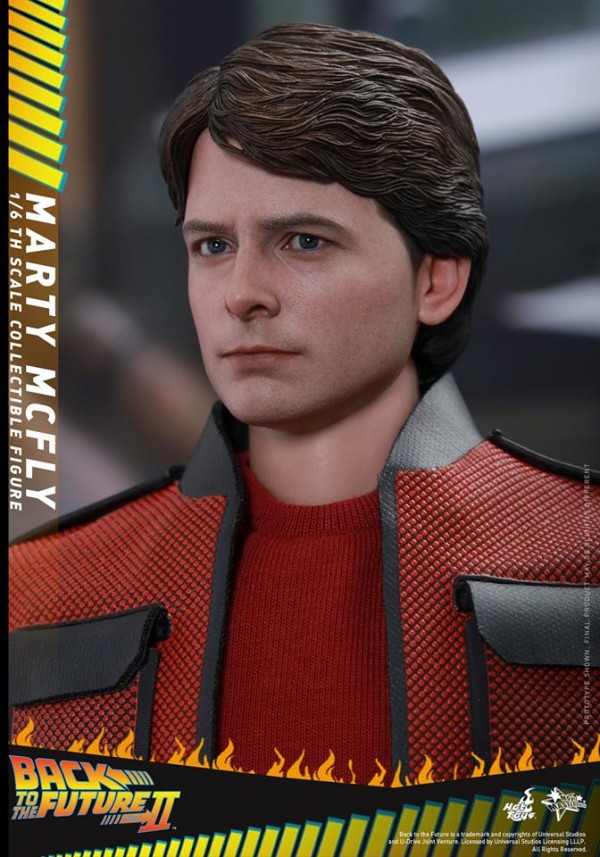 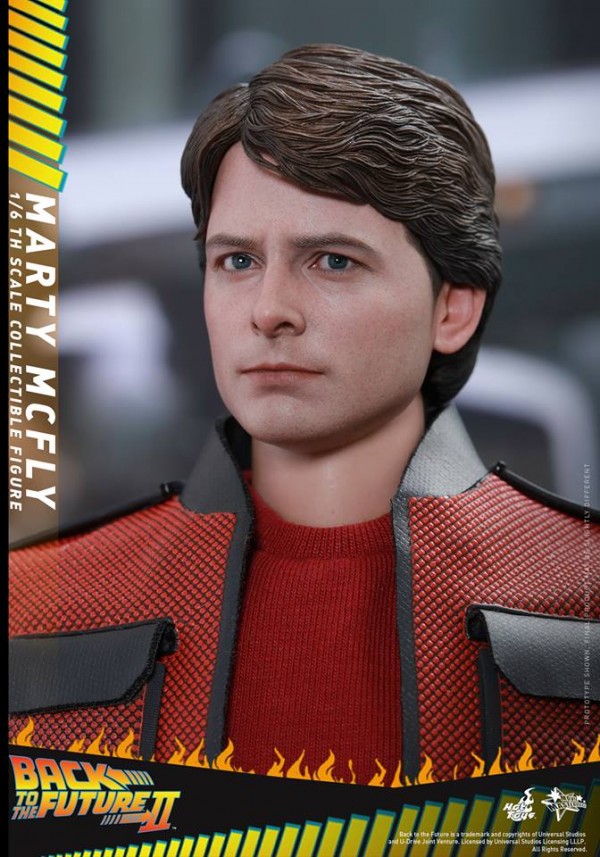 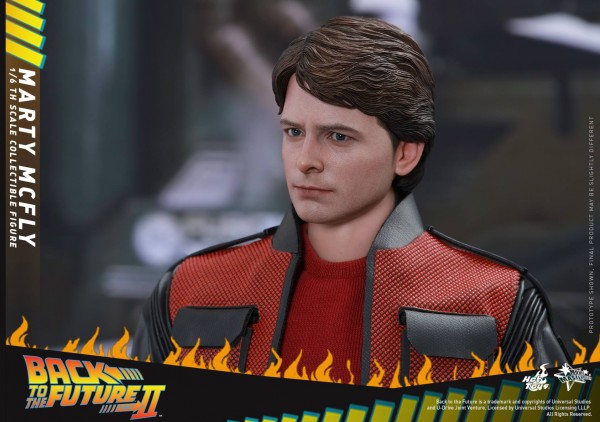 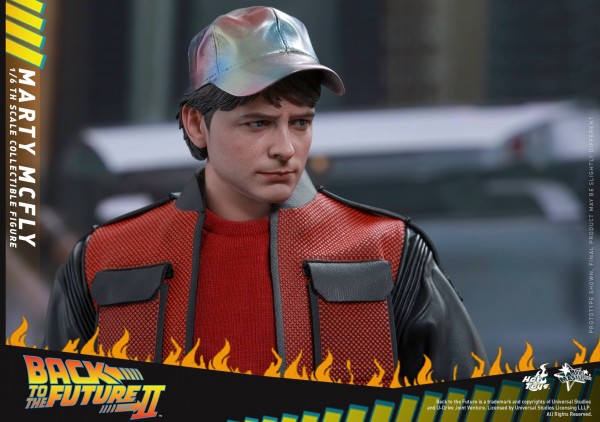 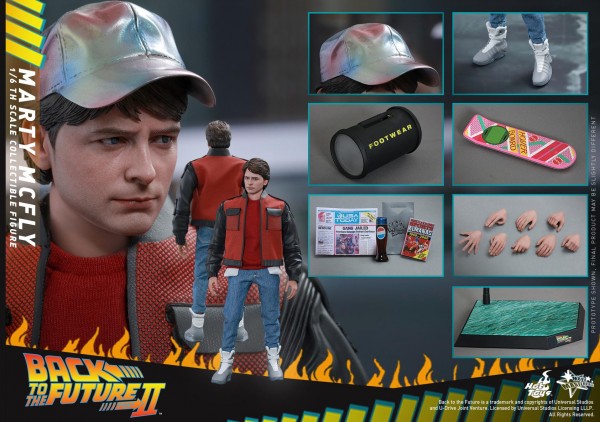 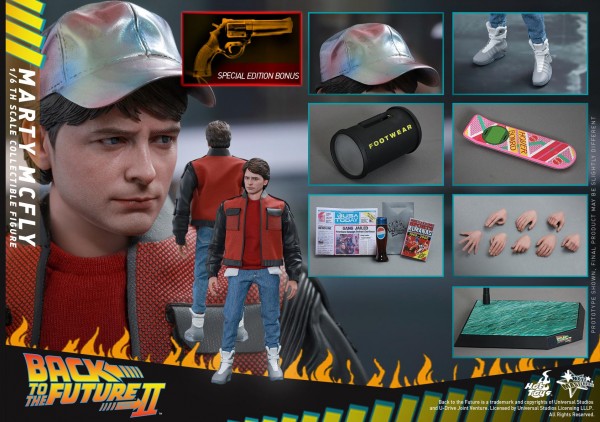 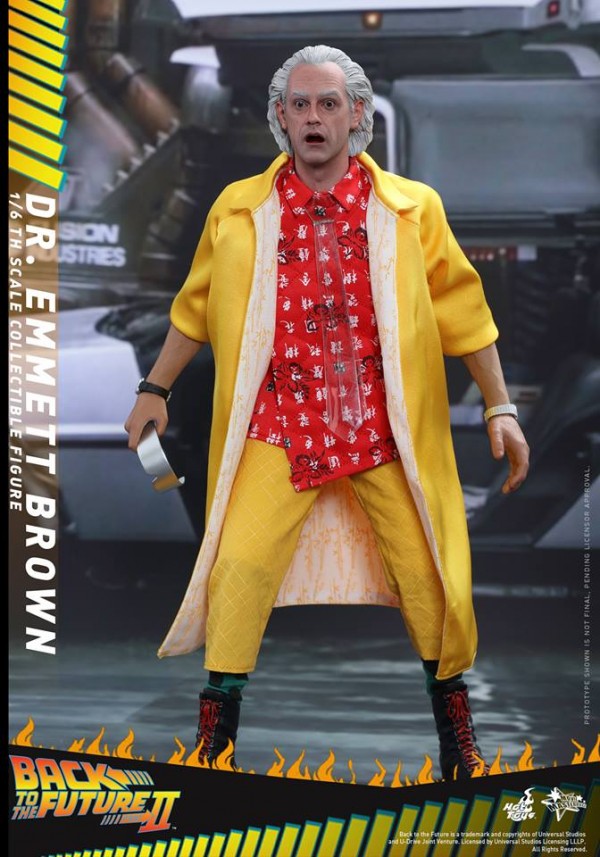 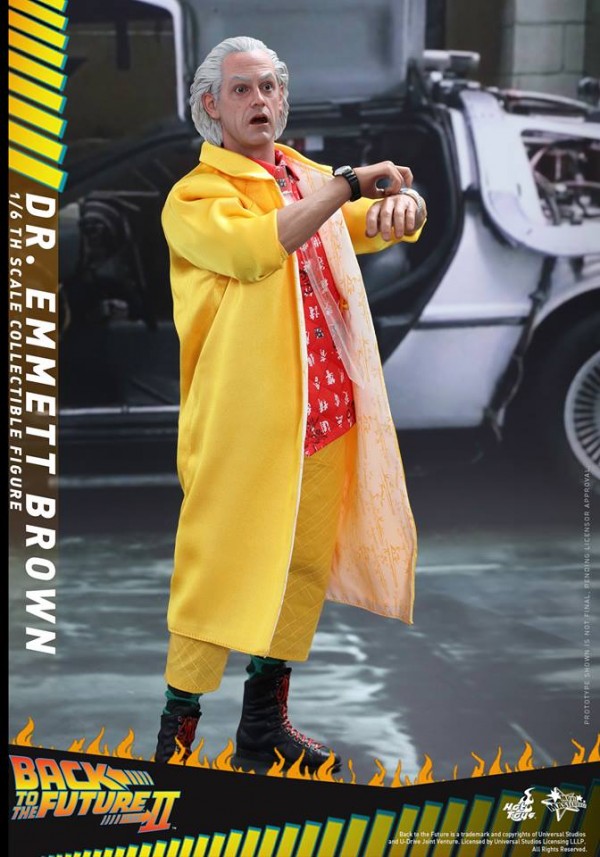 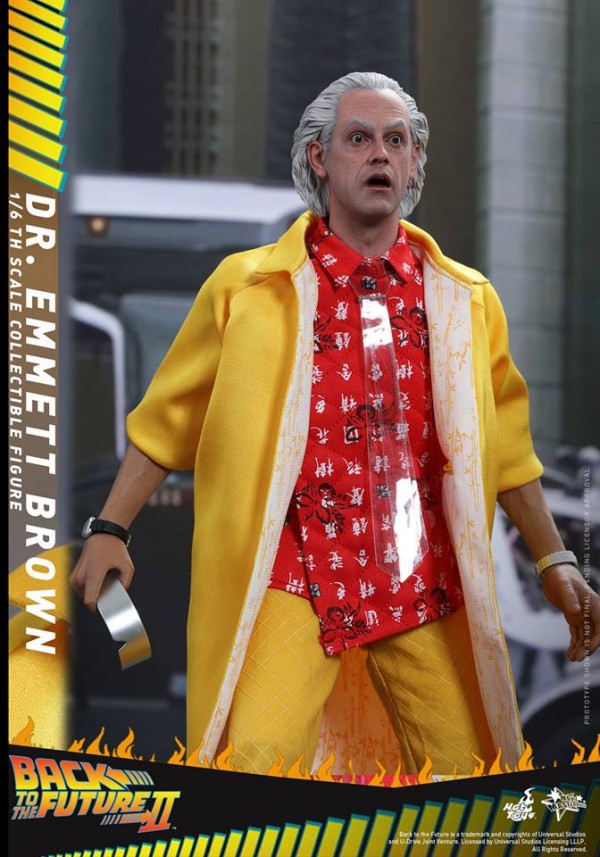 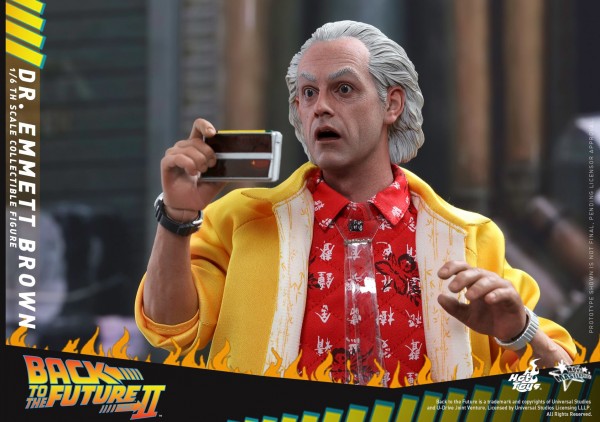 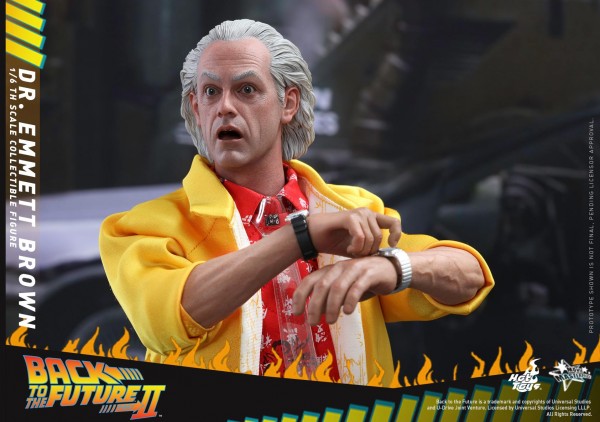 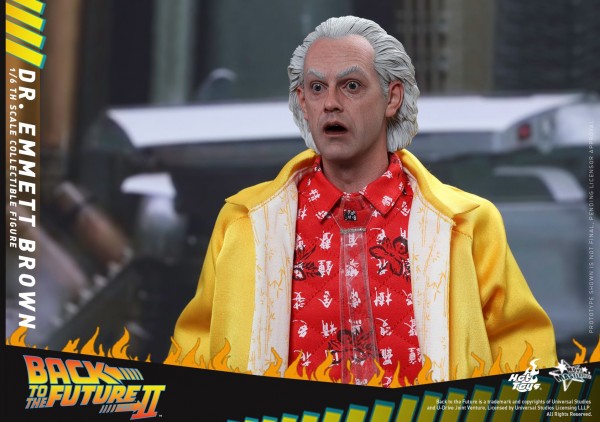 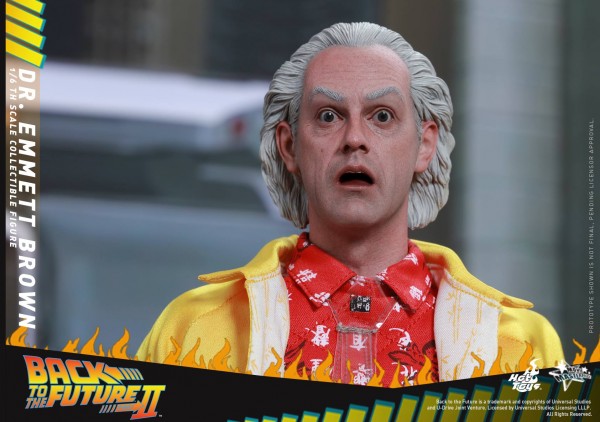 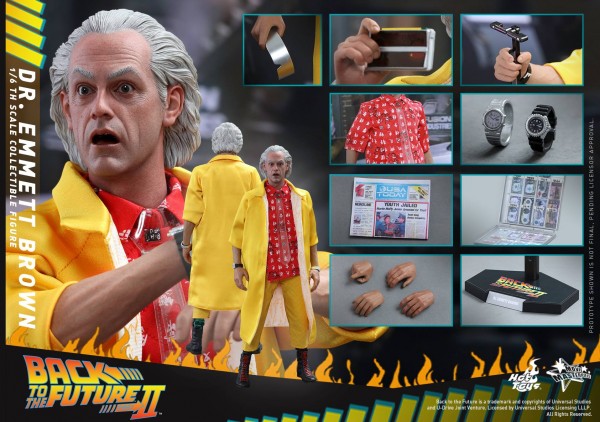 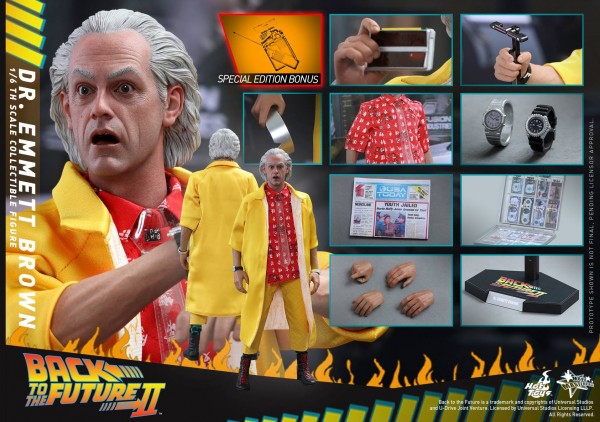