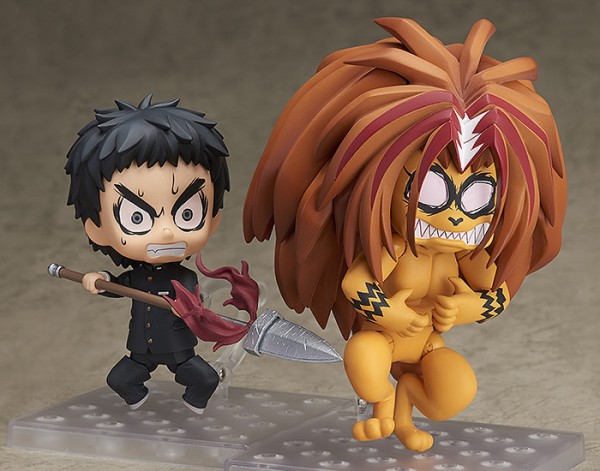 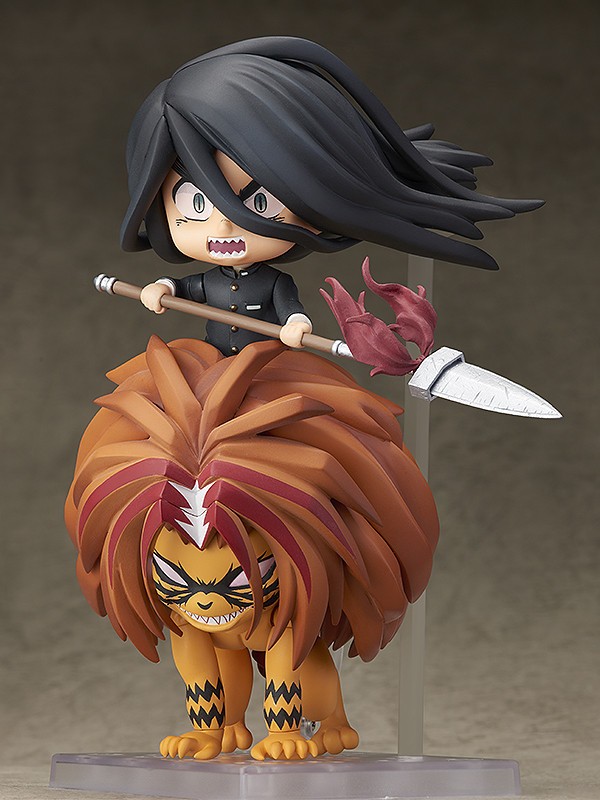 Nendoroid Ushio Aotsuki
The successor to the Beast Spear is joining the Nendoroids!
From the anime series ‘Ushio and Tora’ comes a Nendoroid of the young man destined to wield the Beast Spear, Ushio Aotsuki! He comes with three face plates including his fearless standard expression, a comical expression for chasing Tora about as well as an awakened expression for when he transforms using the Beast Spear.
He also comes with alternate longer hair parts to further recreate his awakened form, and the Beast Spear itself is also included for him to wield in all sorts of amazing battle scenes! You can also display him riding on the back of Nendoroid Tora to recreate the memorable combat scenes of the two of them fighting together! 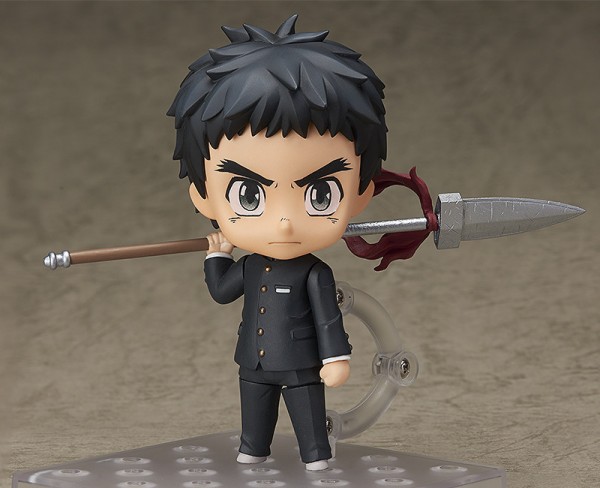 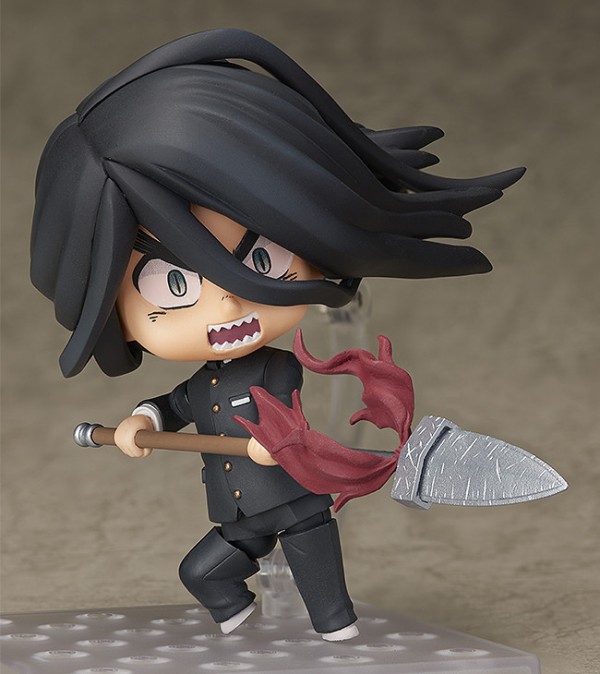 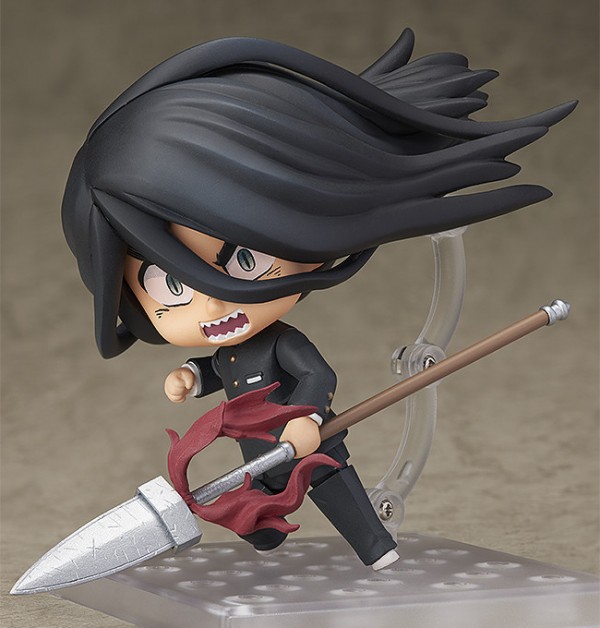 Nendoroid Tora
A Nendoroid of the powerful yokai released when the Beast Spear seal was broken!
From the anime series ‘Ushio and Tora’ comes a Nendoroid of Ushio Aotsuki’s partner – the ancient yokai awoken after 500 years when the Beast Spear seal was broken, Tora! The Nendoroid has been sculpted with impressive volume to represent the powerful yokai, and he comes with three different face plates including a fiendish smile, a sullen expression that makes him look deep in though as well as a more comical expression for playful scenes.
He comes with two different upper body parts which allow for a variety of poses from sitting to standing or even posed on all fours. Optional parts include his favorite food – a hamburger, and he also comes with a special alternate back hair part which allows Nendoroid Ushio Aotsuki to ride on his back, allowing you to recreate the memorable combat scenes of the two of them fighting together! 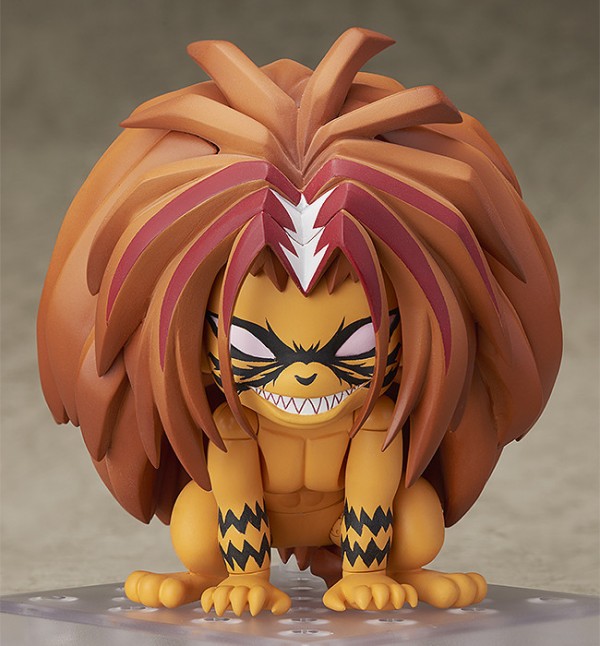 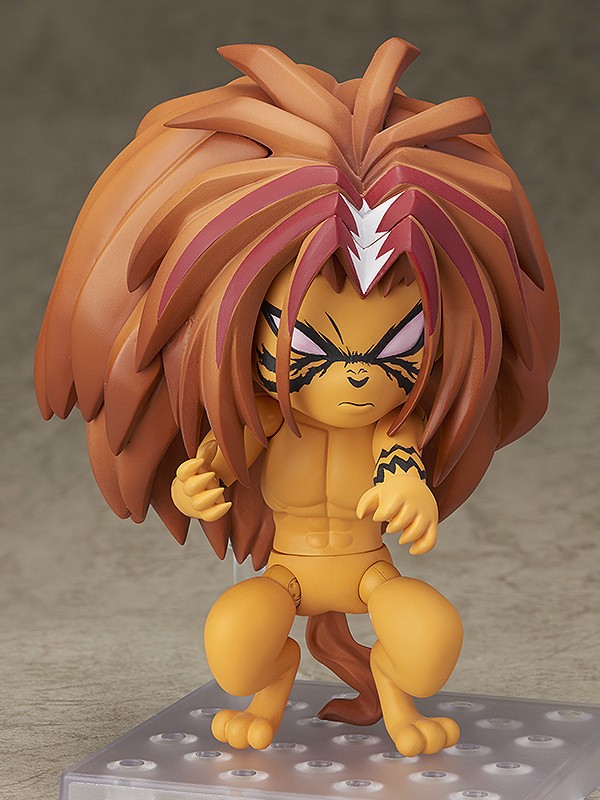 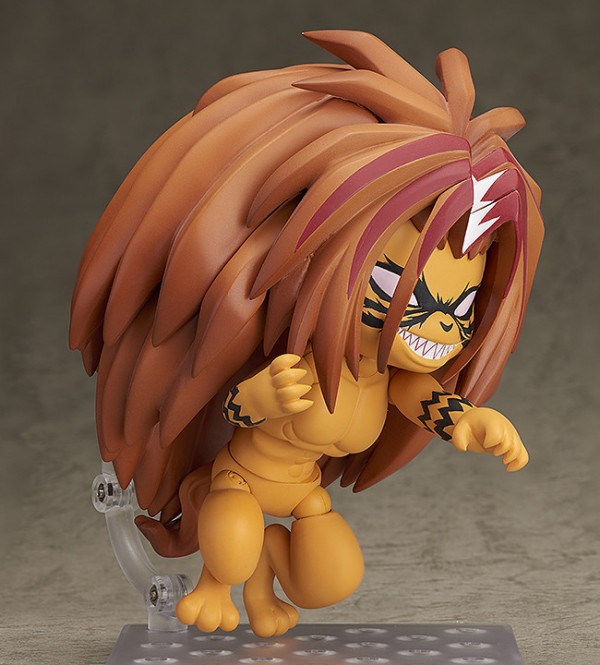 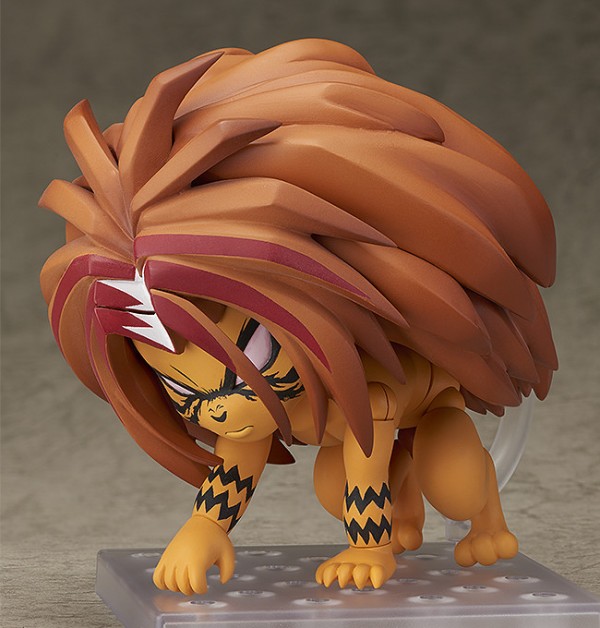