Marvel’s Daredevil – 1/6th scale Daredevil Collectible Figure.
Marvel’s Daredevil, the first of a wave of planned Netflix shows based on Marvel Comics characters, has raised the bar high for superhero adaptations on television. The dark, gritty drama has been a triumph with audiences and critics alike, thanks in no small part to its more down-to-earth portrayal of its protagonist, Matt Murdock, a blind man who fights crime as a lawyer by day and a masked vigilante by night. Armed with little more than his heightened senses and superb martial arts skills, the Man Without Fear is as vulnerable as he is awesome in his daring endeavors to uphold justice in the notorious Hell’s Kitchen neighborhood of New York City.
After two successful seasons, the acclaimed series is hailed as one of the very best on TV today, and fans will surely be filled with excitement now that Hot Toys is creating the 1/6th scale collectible figure for Daredevil!
The screen-accurate collectible figure is specially crafted based on the image of Charlie Cox as Matt Murdock / Daredevil in Season 2. It features a newly developed head sculpt with 2 interchangeable facial expressions, a meticulously tailored Daredevil suit, the Billy Club in extended and nunchaku modes, and a specially designed figure stand with character backdrop.
What are you waiting for? Just order your Daredevil collectible figure now! 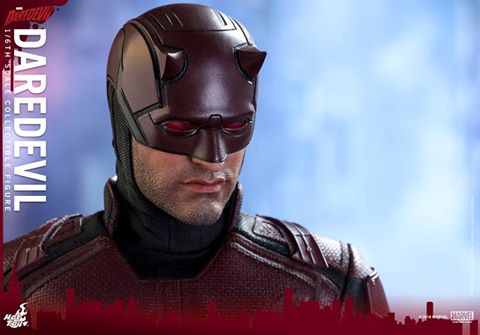 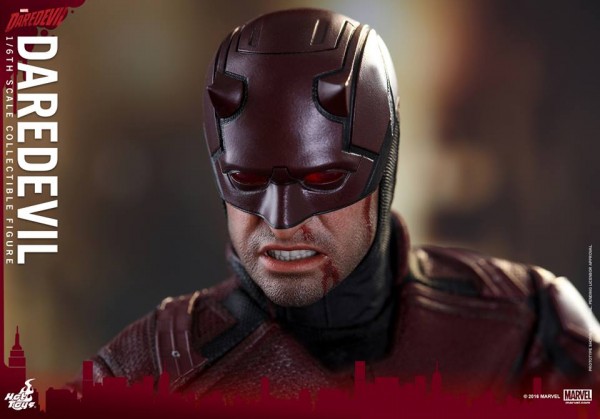 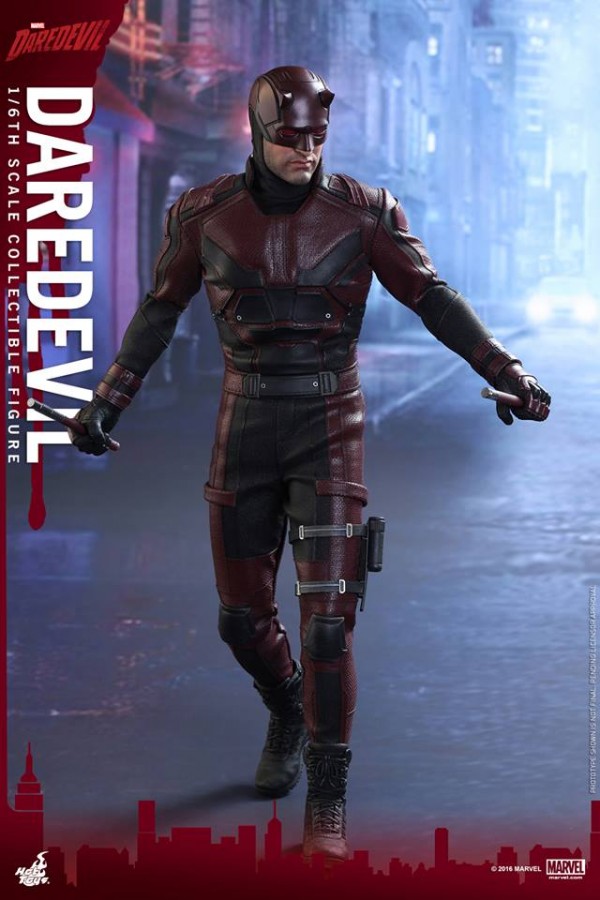 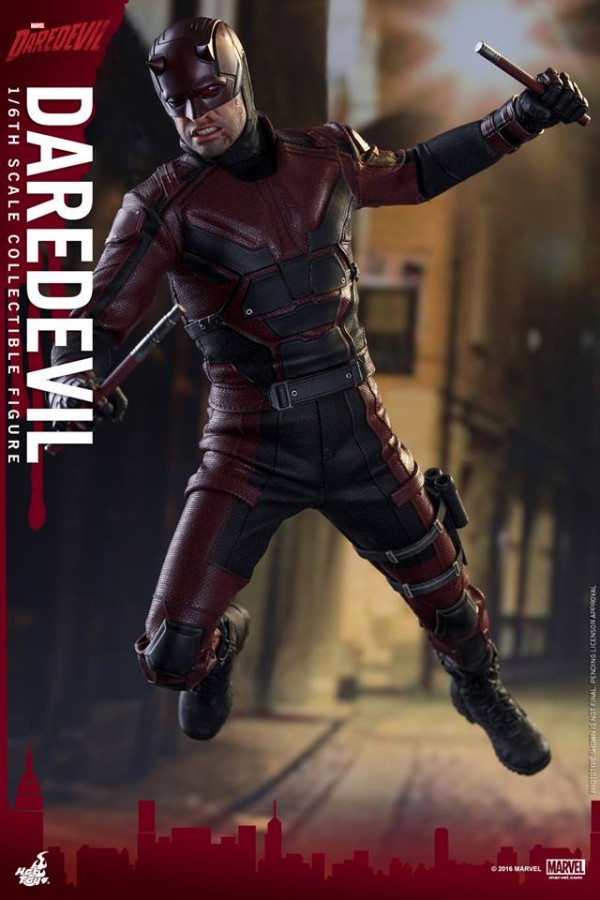 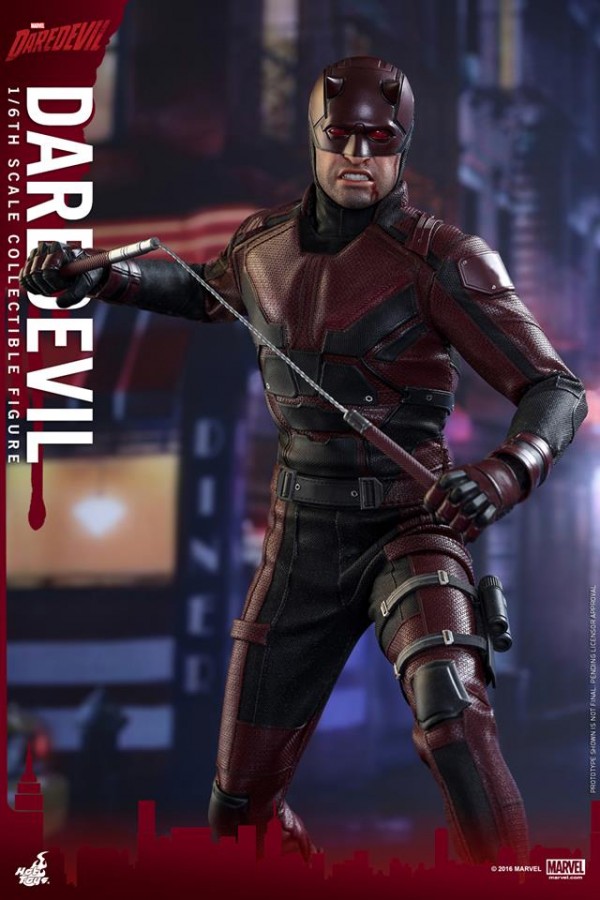 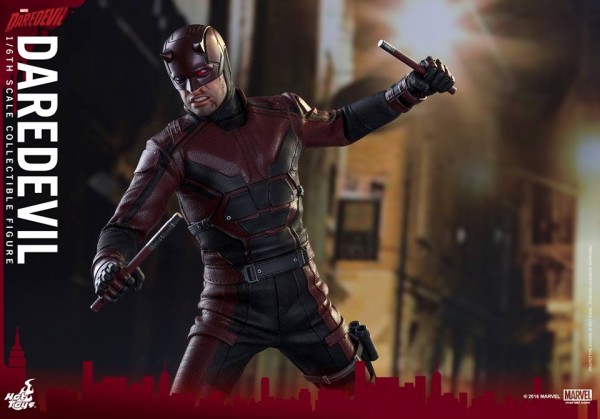 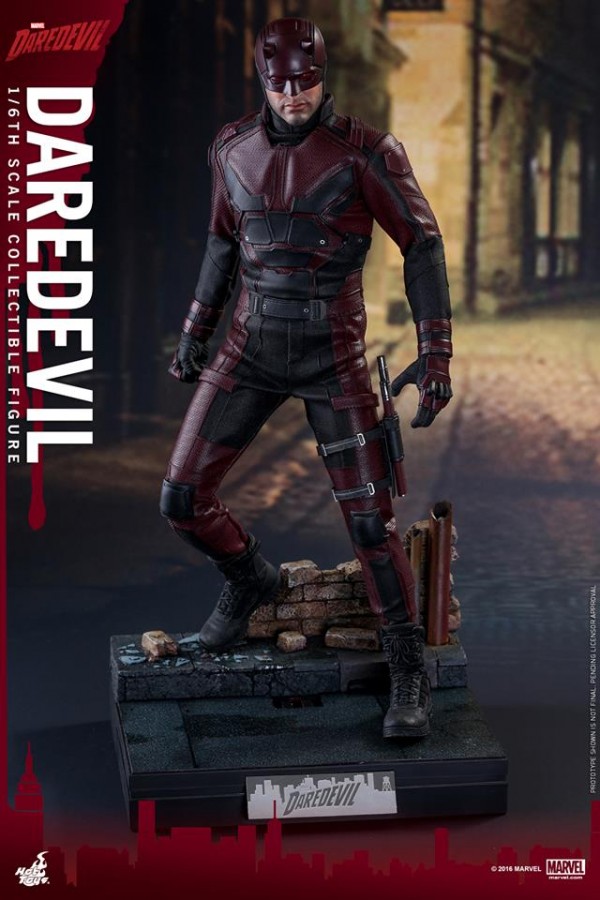 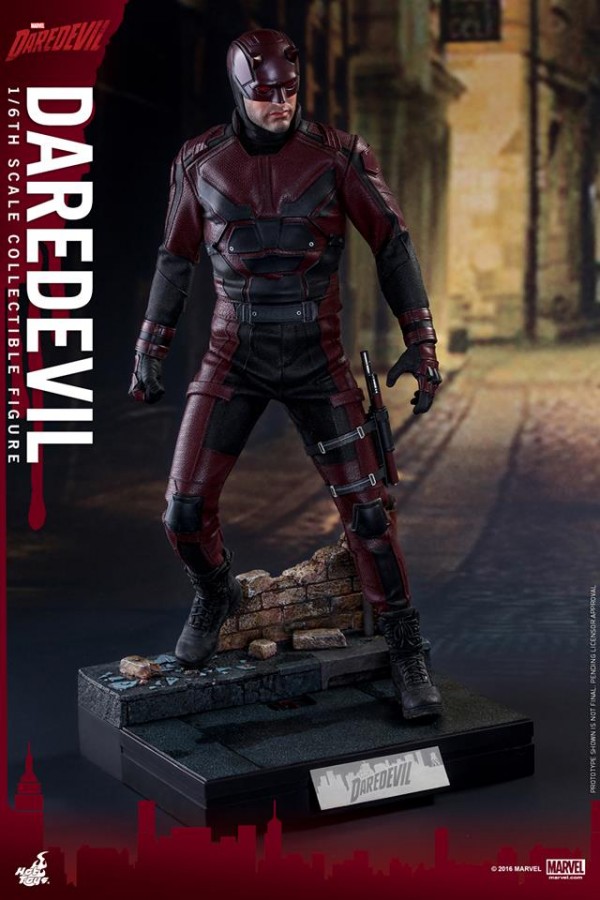 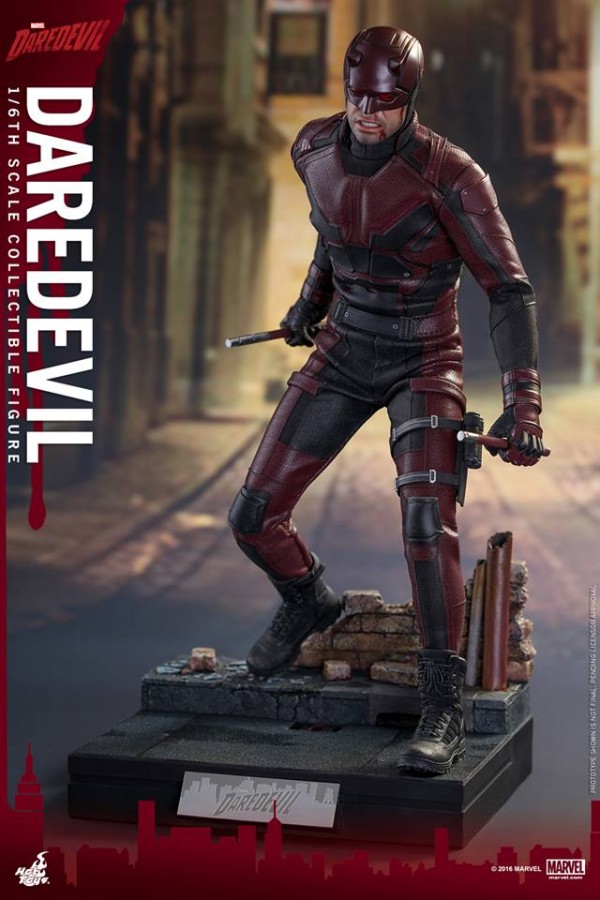 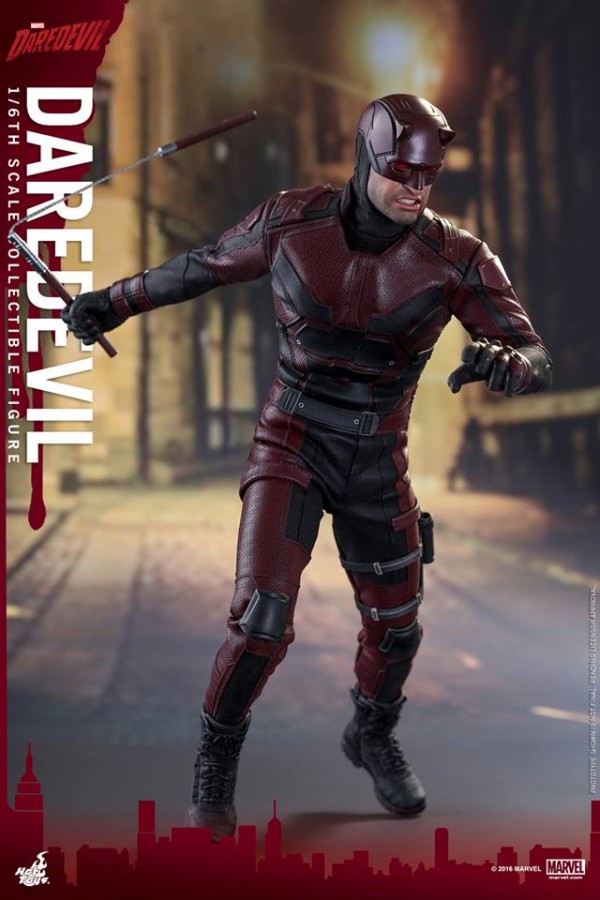 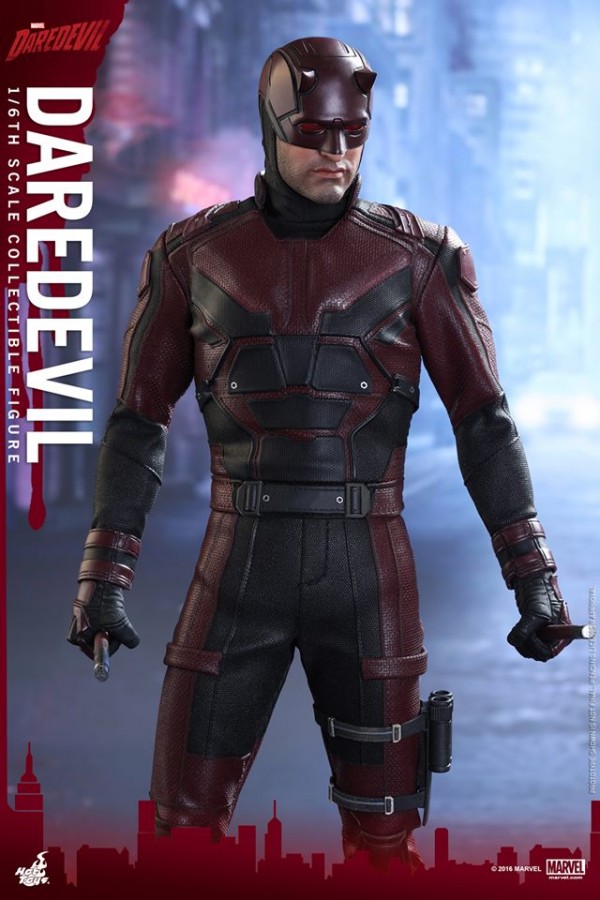 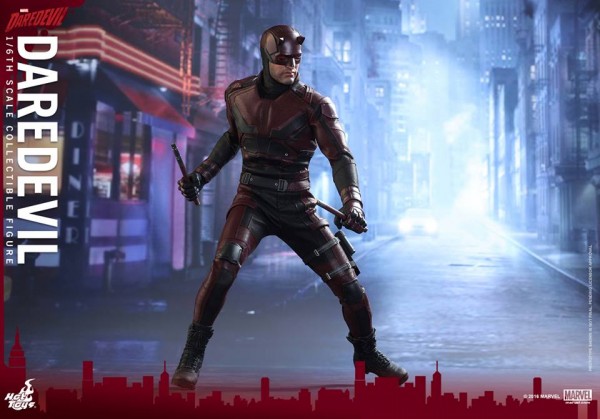 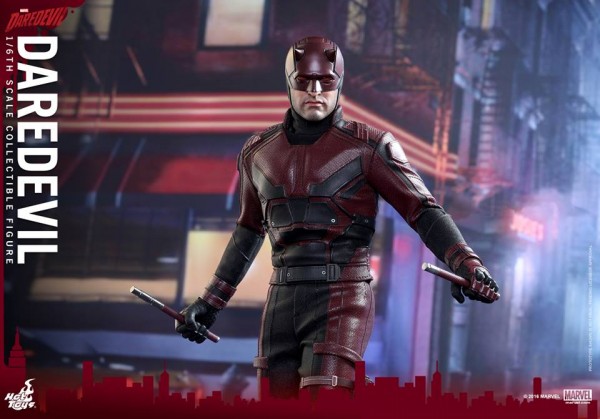 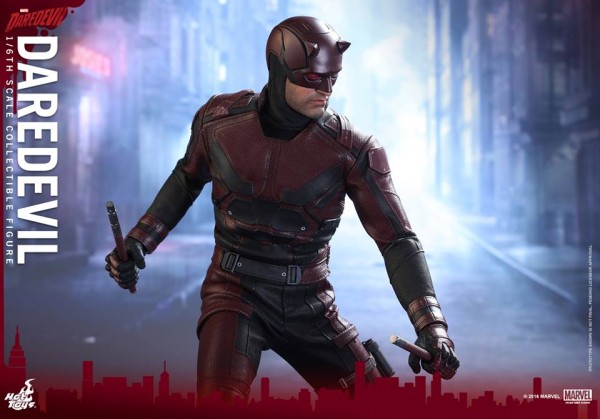 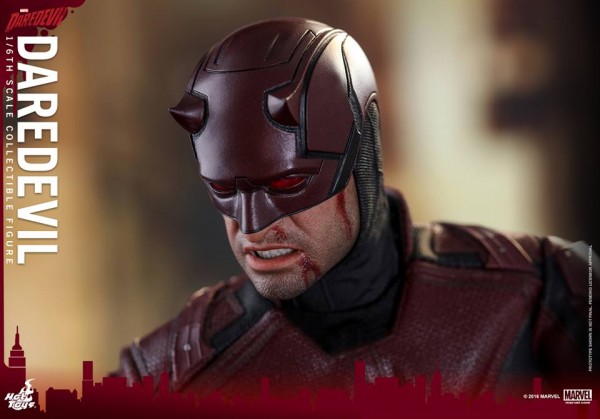 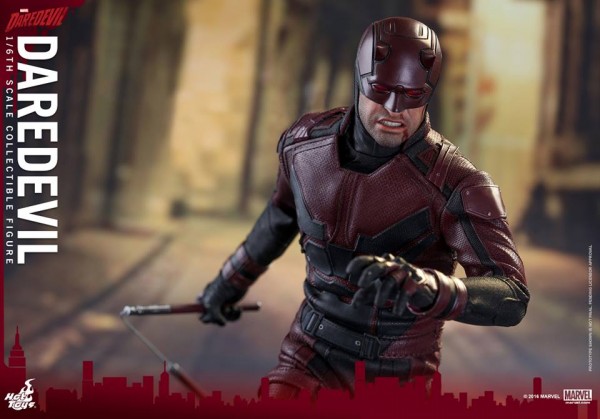 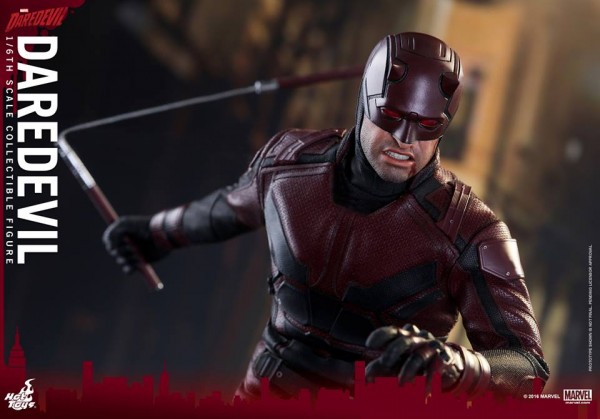