A Kotobukiya Japanese import! The Merc with the Mouth is back in action! Kotobukiya is proud toannounce that everyone’s favorite Marvel antihero is joining the elite ARTFX Statue lineup with the sublime MARVEL NOW! SUPER DEADPOOL! Created in 1991 by Fabian Nicieza and Rob Liefeld, Wade Wilson made a big splash with his regenerative powers, unique style, and nonstop witty repartee (not to mention his trademark costume and extensive armory). Formerly a member of the Weapon X program, Deadpool is a longtime assassin for hire and independent agent who’s worked alongside just about every superhero and villain from the Avengers to X-Men and everything in between. Now Deadpool invades your collection with a statue that you can customize to your liking!

Deadpool is captured in mid-leap as he races across racks in a warehouse (whether he’s there to steal or to protect innocents is up to you!). His action-packed pose has him kicking off with his right foot and just touching down on the next rack with his left. Deadpool has his arms spread out for balance and his head extended forward keeping his eyes on the prize. Wade’s costume is incredibly detailed, fully replicating its appearance from the Marvel Now! comics era. Its red and black bodysuit has armored sections, seams, stitching, buckles, padding, mini Deadpool logos on the belt and the bottom of his shoes, and so much more. There are even sweet 90’s style pouches, and because it’s Deadpool some of them are upside-down! The Merc looks cool as is… but that’s just the beginning. This ARTFX version includes a ton of weapons and accessories that you can use to equip the hero or his warehouse surroundings. Deadpool brings along his signature katanas, handguns, a grenade, a knife, flags, and even a puffy red circus clown wig!

Sculpted by Junnosuke Abe “RESTORE,” the stunning Super Deadpool is a towering 17 inches tall (1/6thscale) as he strides across the unique building features of this presentation. No matter how you choose to equip and display your Wade Wilson he’ll make a powerful statement in your Marvel Comics collection! 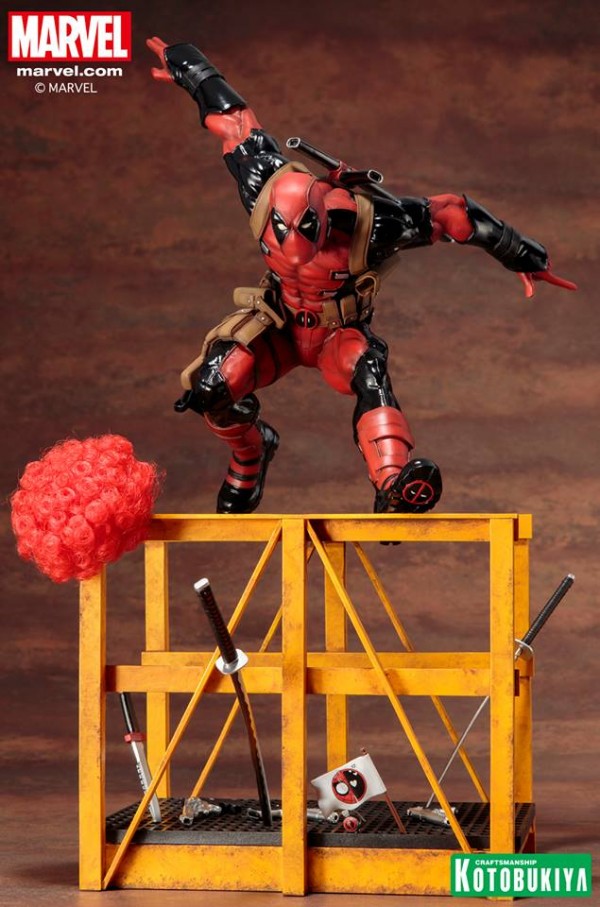 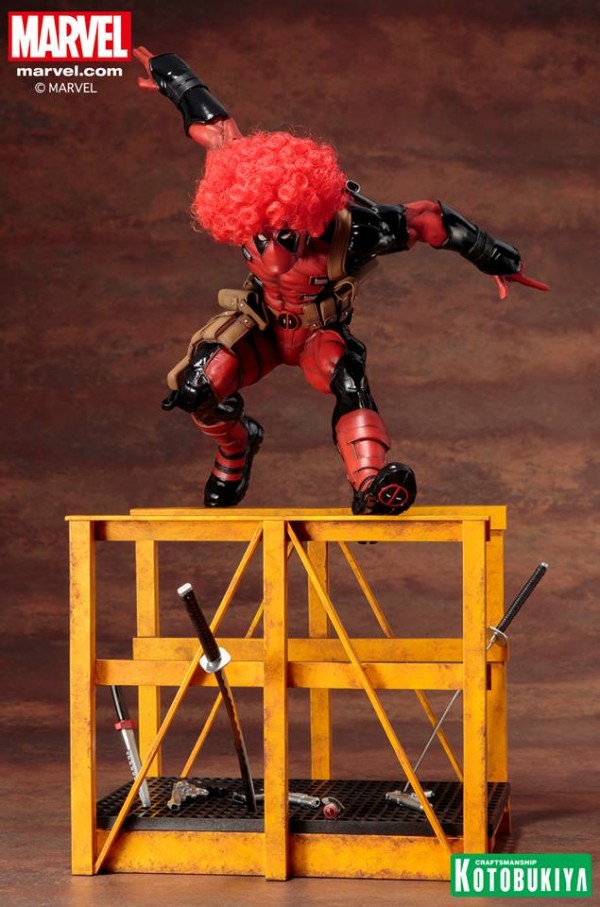 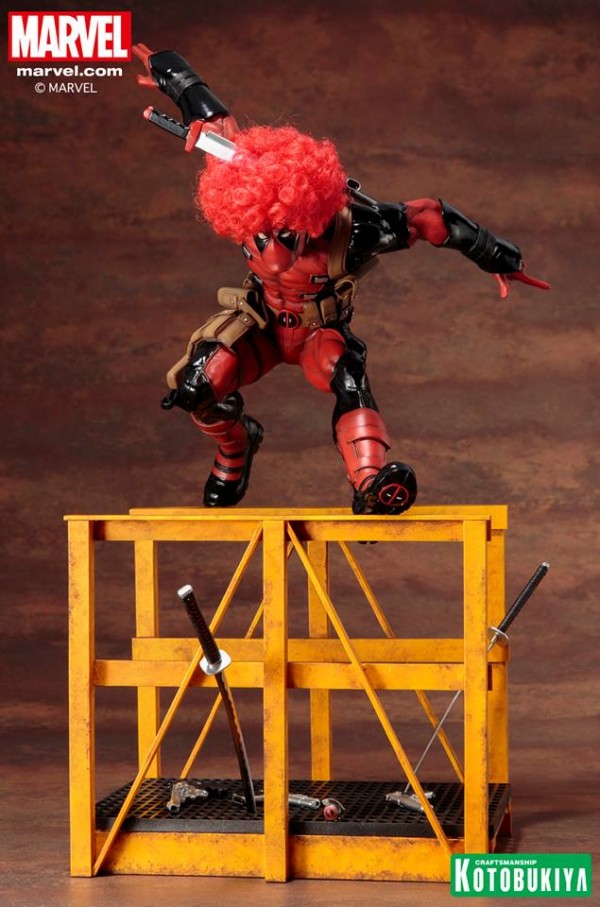 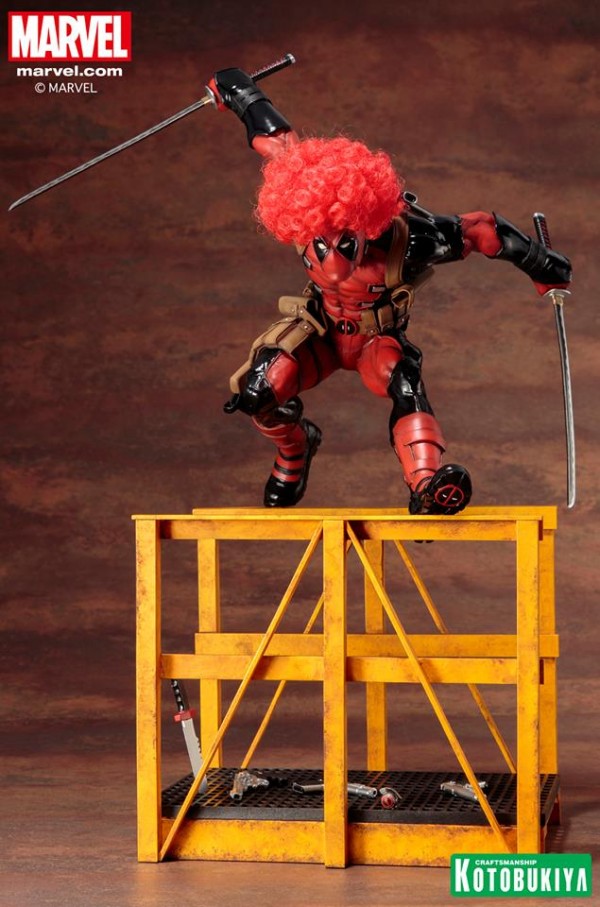 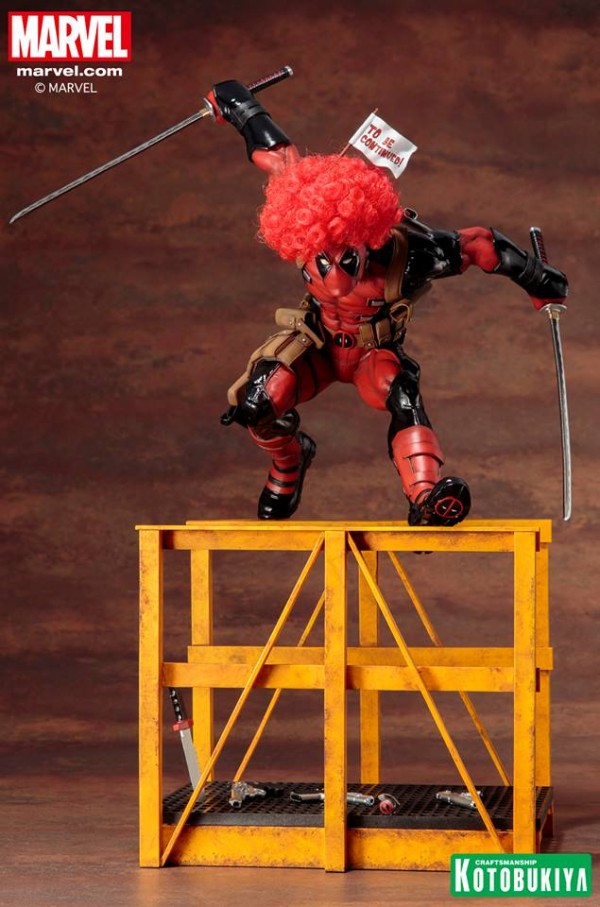 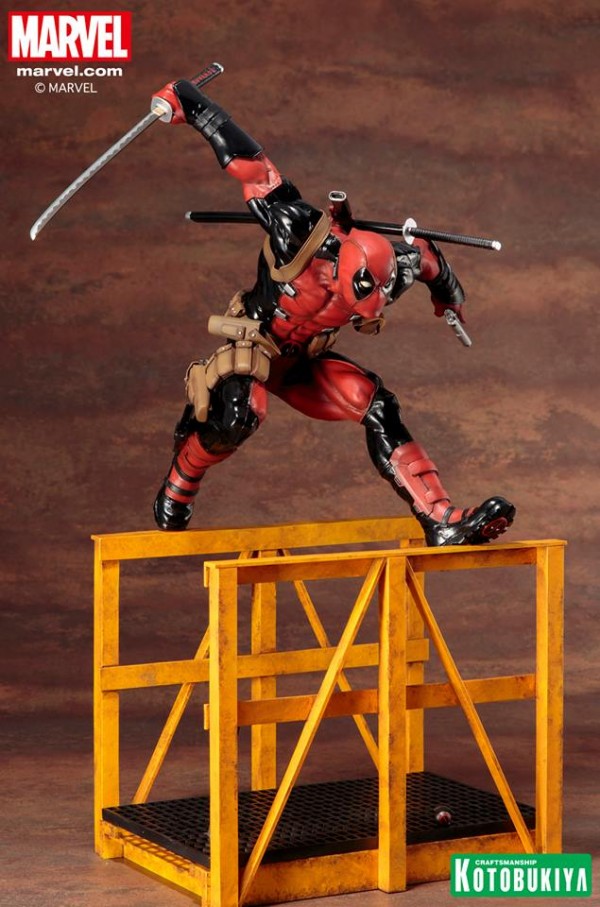 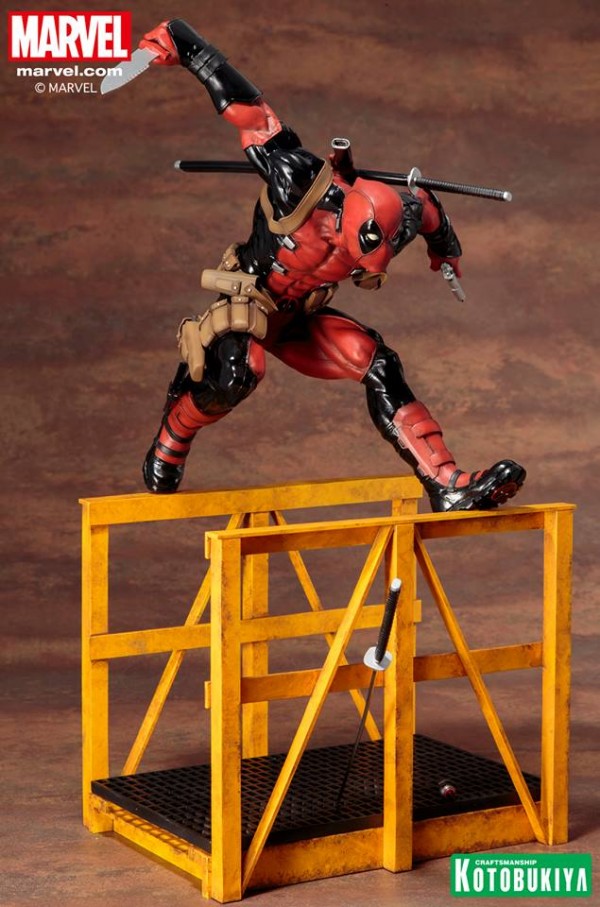 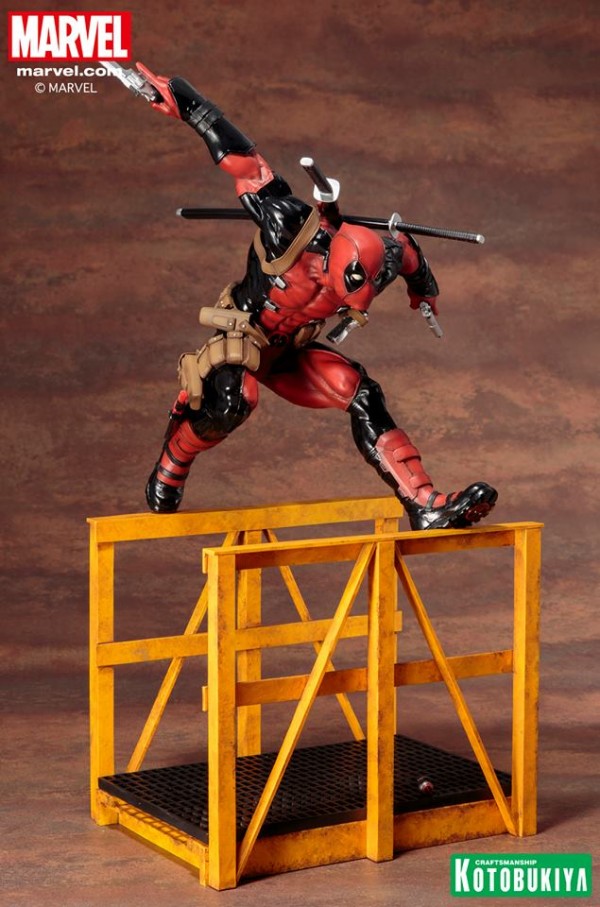 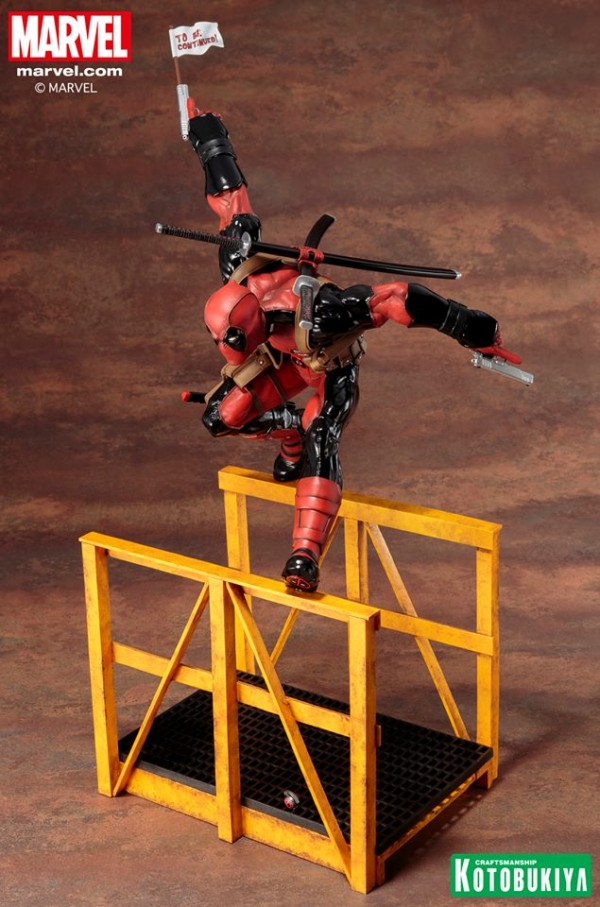 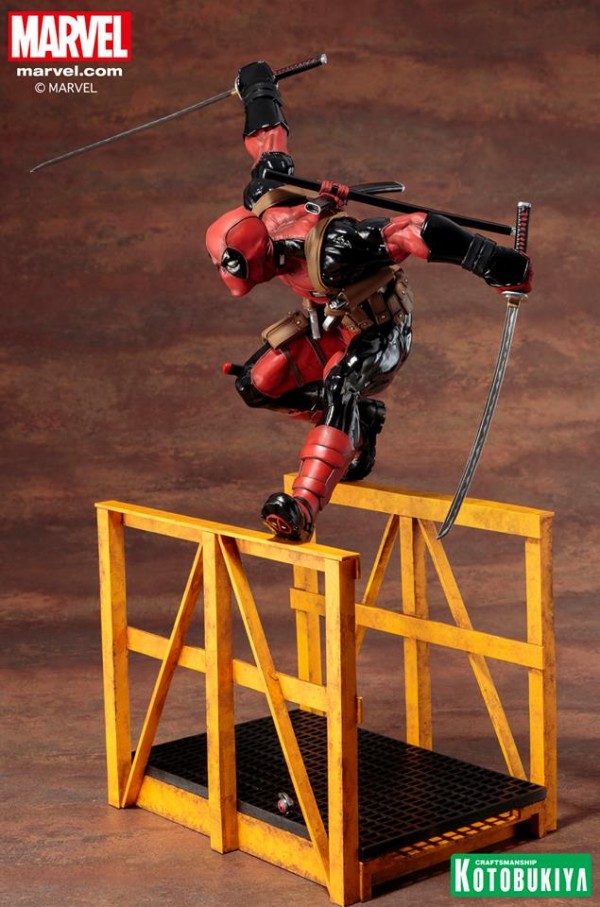 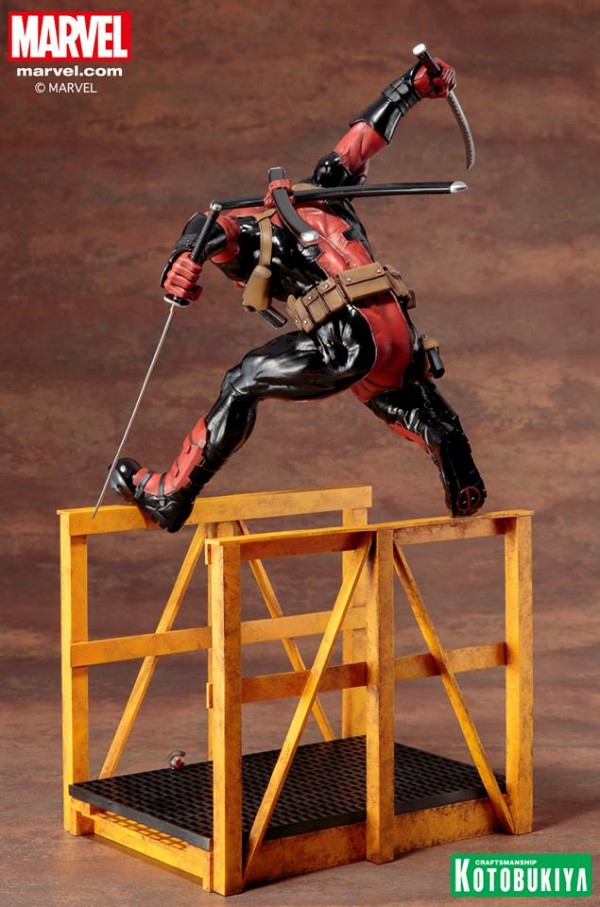 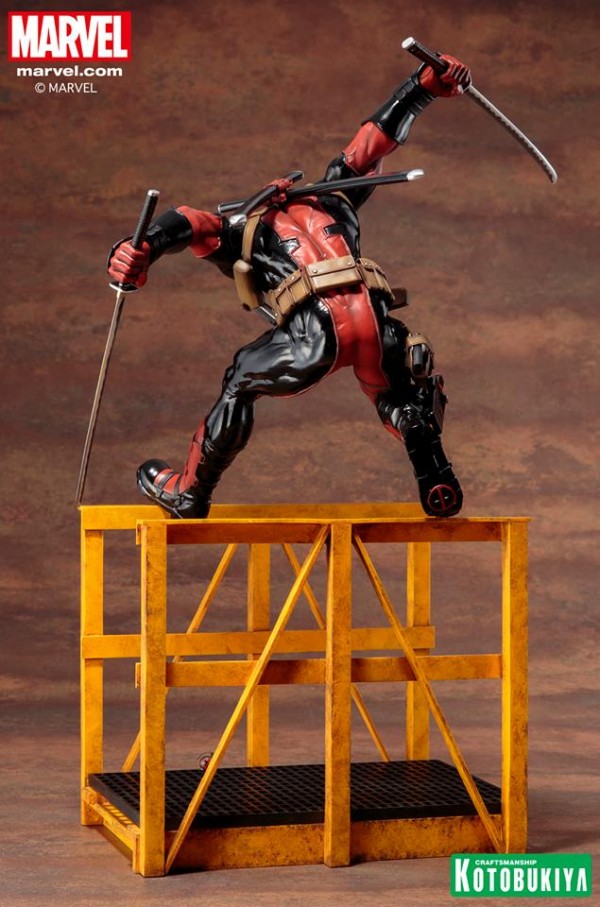 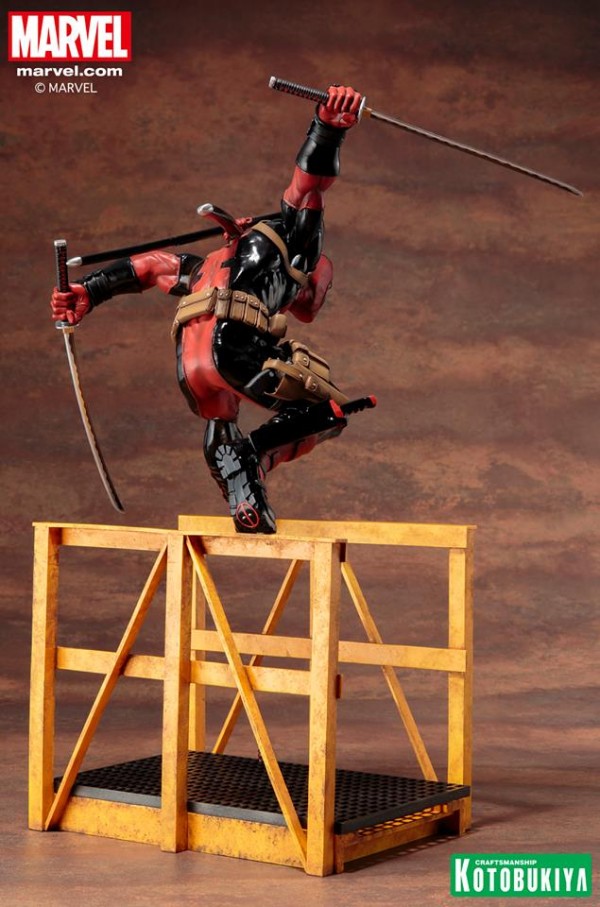 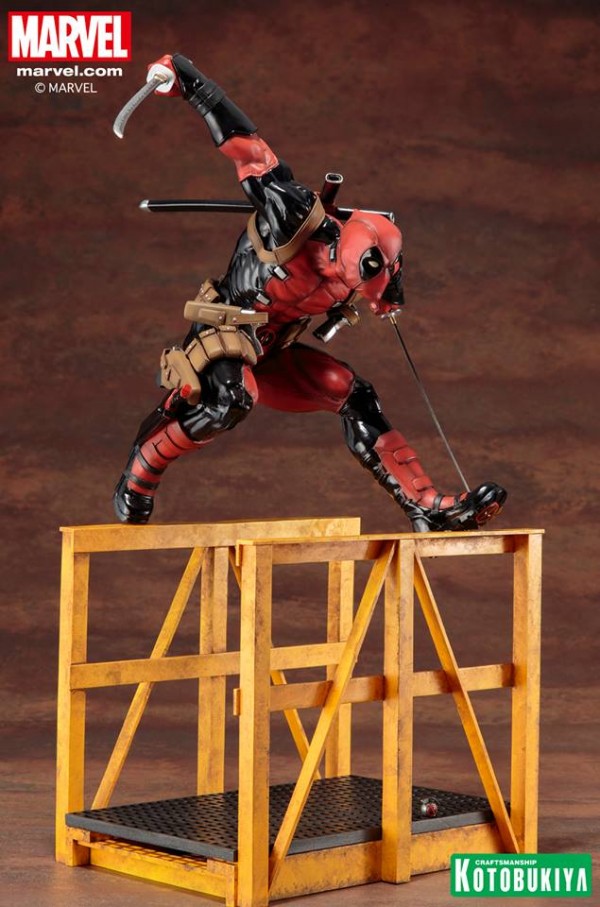 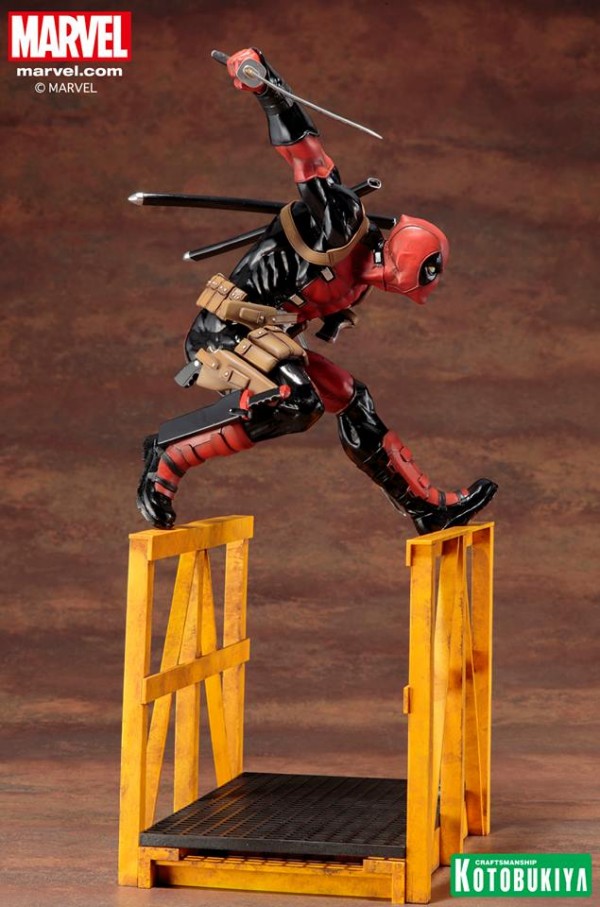 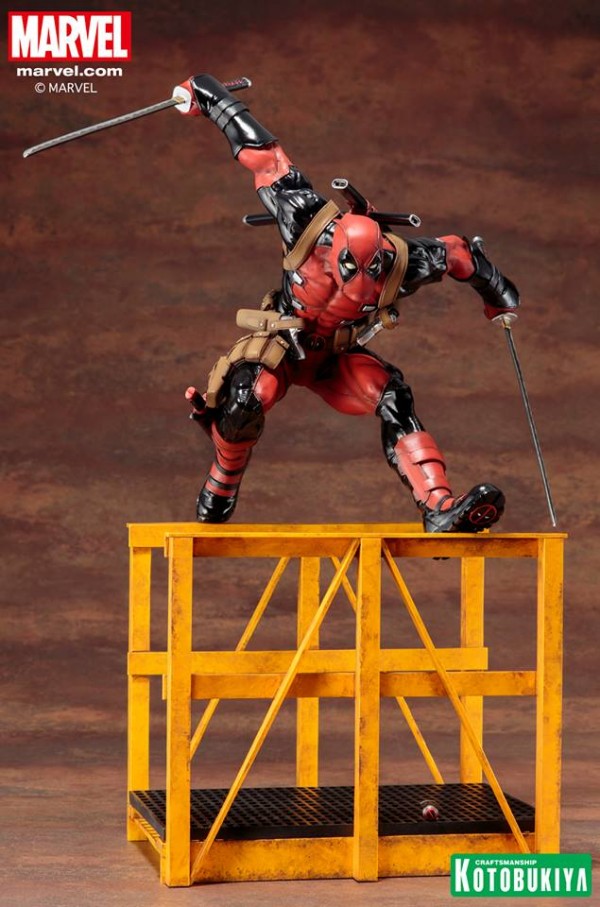