A Kotobukiya Japanese import! Are you ready for more Deadpool in your life? Of course you are, and you can get your fix with the new DEADPOOL BLACK SUIT LIMITED EDITION ARTFX+ STATUE coming soon exclusively from Global Holdings! Formerly a member of the Weapon X program, the “Merc with a Mouth” Wade Wilson is a longtime assassin for hire and independent agent who’s worked alongside just about every superhero and villain from the Avengers to X-Force and everything in between. Now the fourth wall-breaker invades your domain with a sweet new variant ARTFX+ statue that’s back in black!
Captured in the heat of battle, Wade crouches in preparation for an attack as he draws one of his swords from the sheaths on his back. However, instead of his usual mostly red costume this exclusive Deadpool wears a fantastic black version with metallic red highlights around his eyes and on his torso and boots. Naturally it still has his trademark abundance of straps, pouches, extra ammunition, spare weapons, pointy hood with mask, and of course the cute Deadpool logo belt buckle. In his low crouch the assassin leans forward with his other hand extended in front of him, and you can choose between interchangeable left hands that either give a thumbs up or wield a second sword!
Sculpted by Junnosuke Abe “RESTORE,” the same master craftsman behind the Marvel Now Avengers series, Deadpool stands 6 inches tall (1/10th scale) in his deep crouch with perfect stability on his included magnetic display base. This exclusive black costume version won’t last long, so make sure to get your variant Deadpool from Global Holdings!
Available this November at retailers such as Barnes and Noble or pre-order directly from Global Holdings: 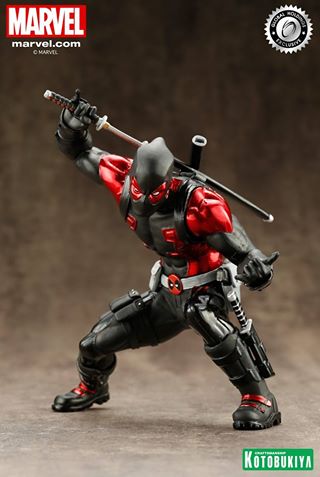 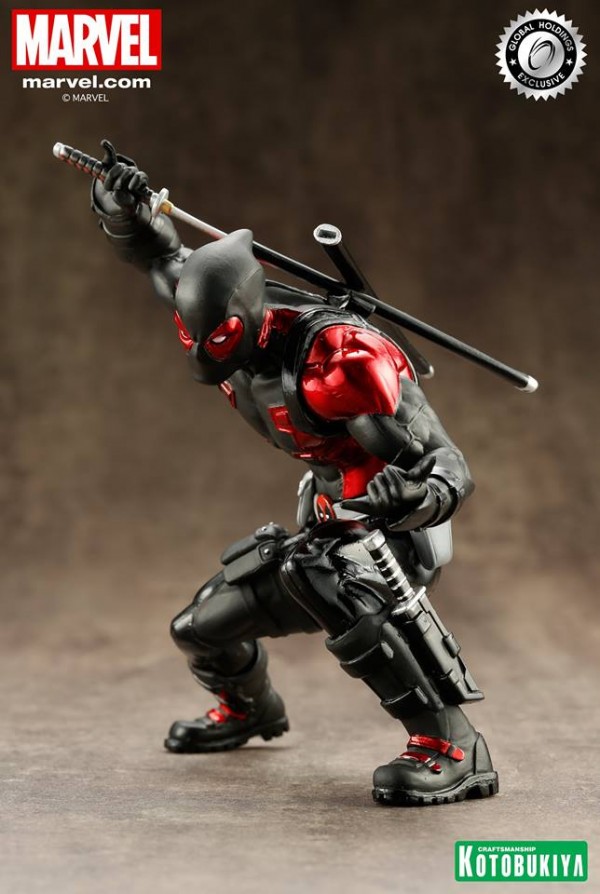 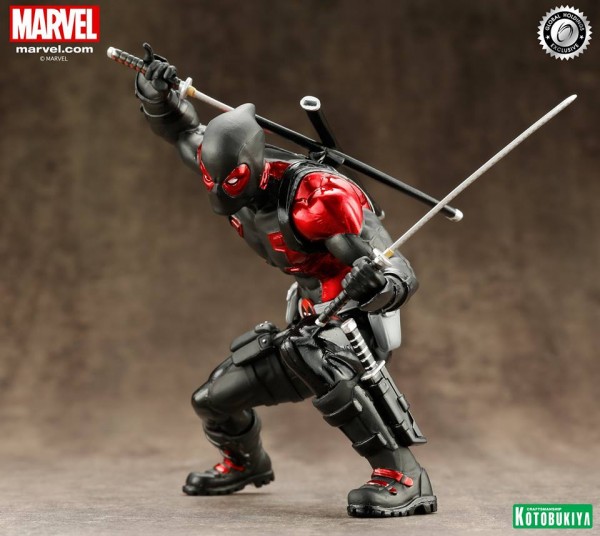 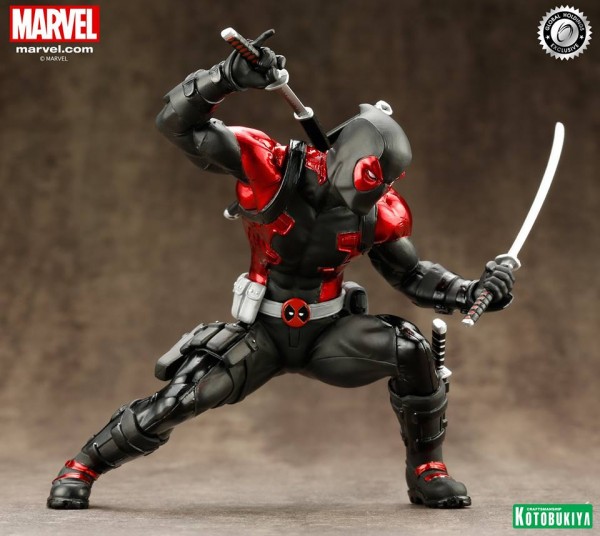 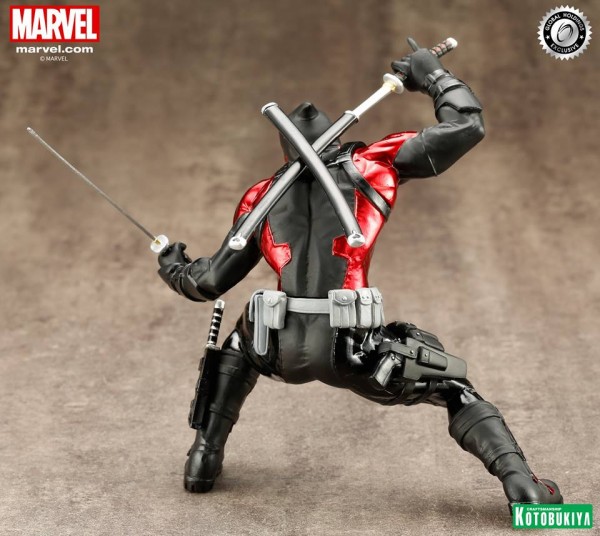