The widely anticipated new installment to the Star Wars galaxy, Rogue One: A Star Wars Story, is coming this December to bring fans on an epic journey to a galaxy far, far away, where a group of unlikely heroes band together on a mission to steal the plans to the Death Star – the Empire’s ultimate weapon of destruction during a time of conflict. To celebrate the launch of all new products, Hot Toys is thrilled to present the new 1/6th scale Stormtrooper Jedha Patrol collectible figure as an exclusive item only available in selected markets. The highly accurate collectible figure is specially crafted based on the image of a specialized Stormtrooper patrolling the streets of planet Jedha in Rogue One: A Star Wars Story featuring a completely new Stormtrooper helmet and armor, newly developed fabric under-suit, newly designed backpack, white colored pauldron, detailed weapons and accessories, and a specially designed figure stand! Don’t miss out on the chance to add this new Stormtrooper collectible figure to your Rogue One: A Star Wars Story collection. 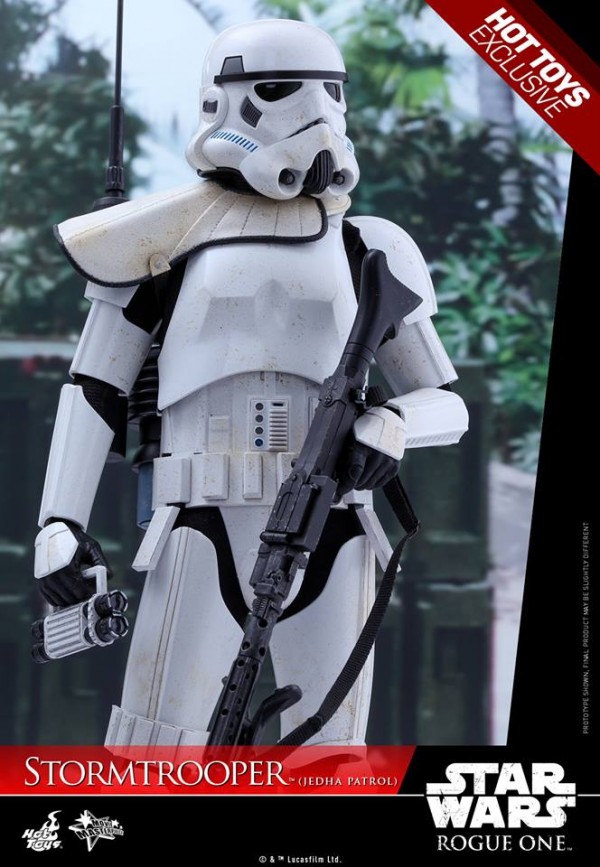 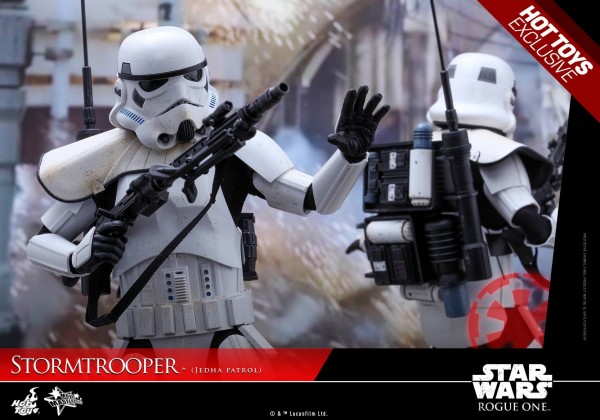 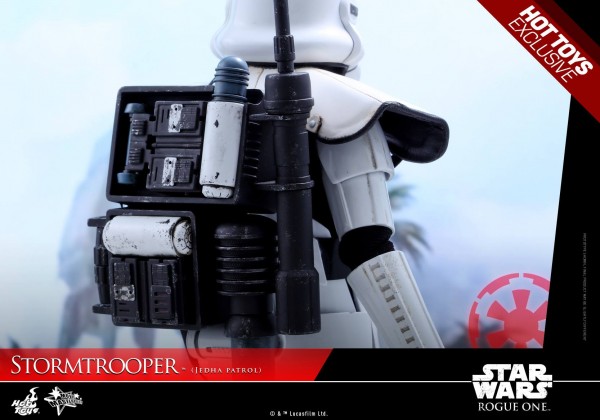 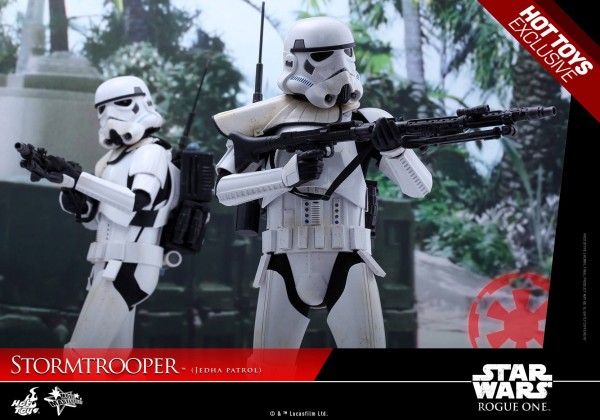 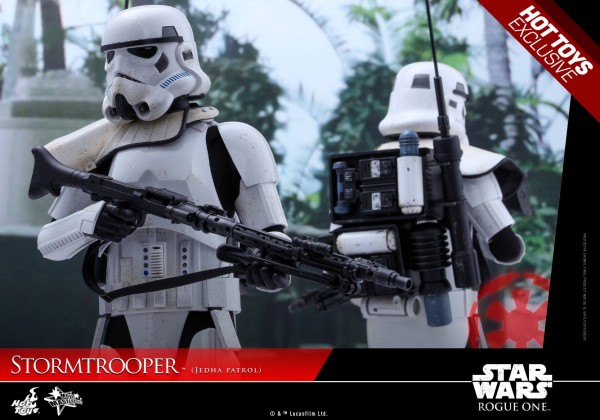 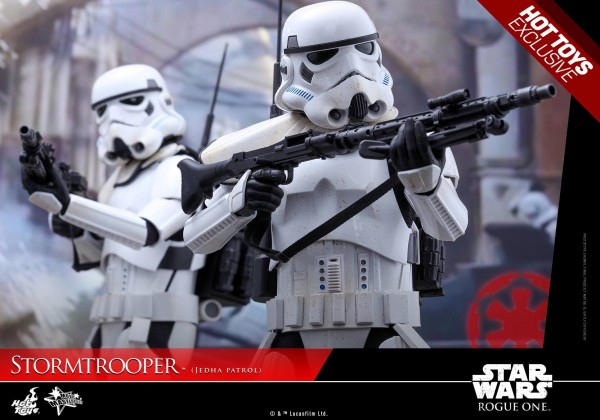 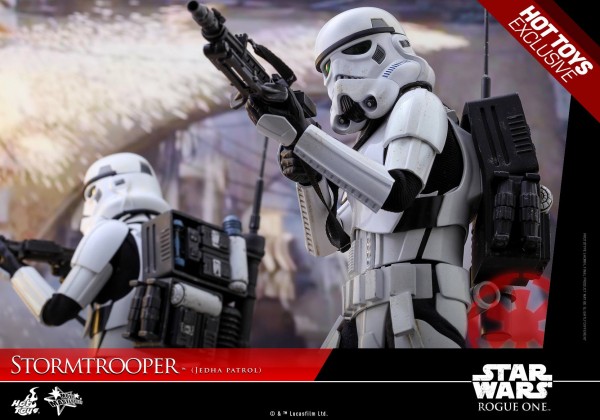 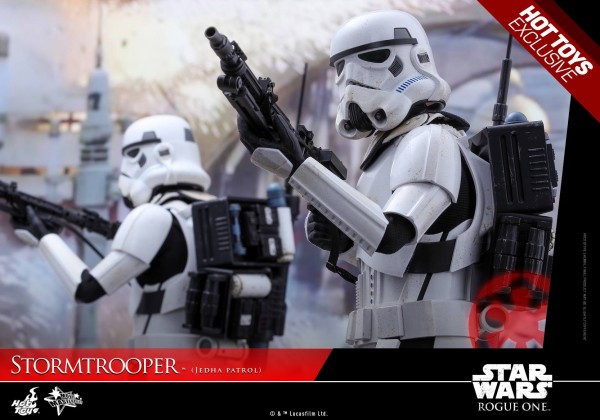 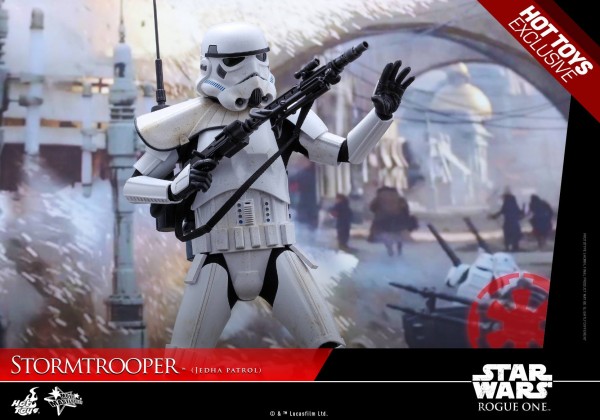 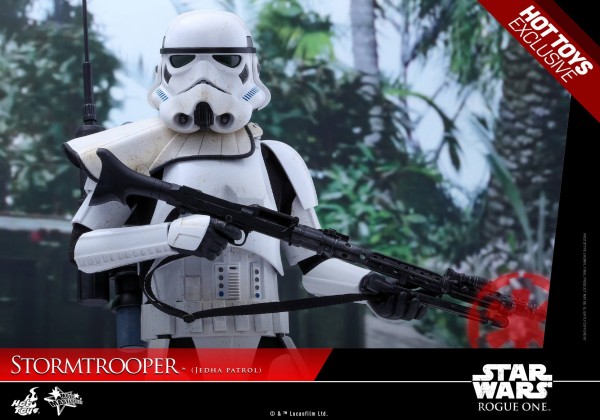 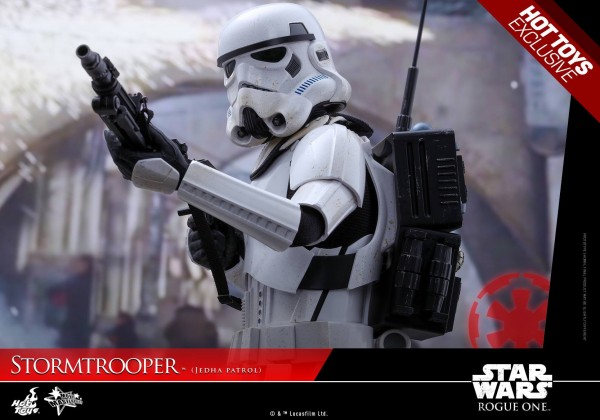 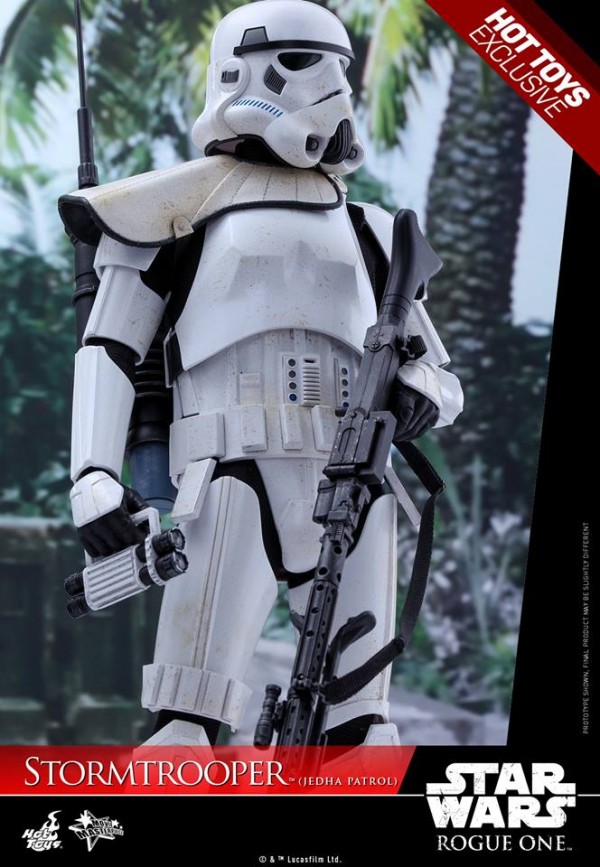 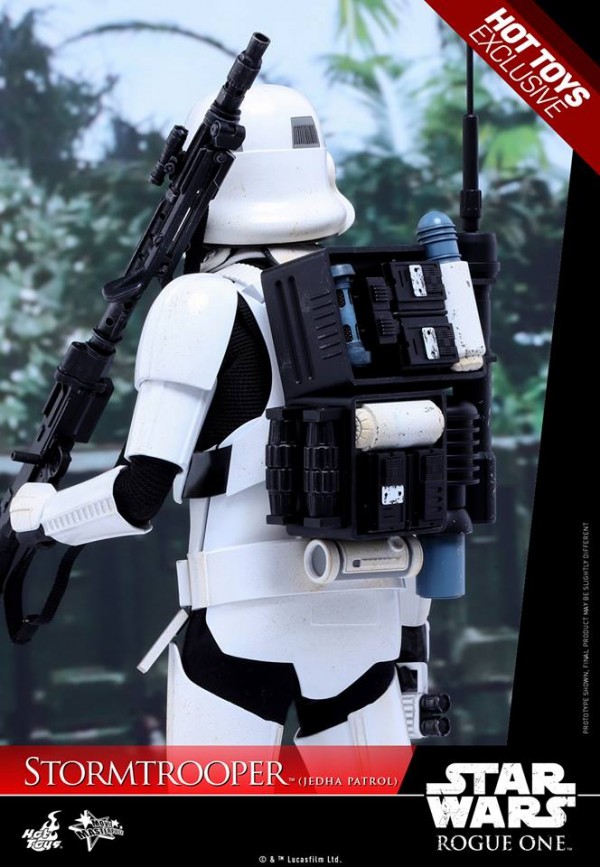 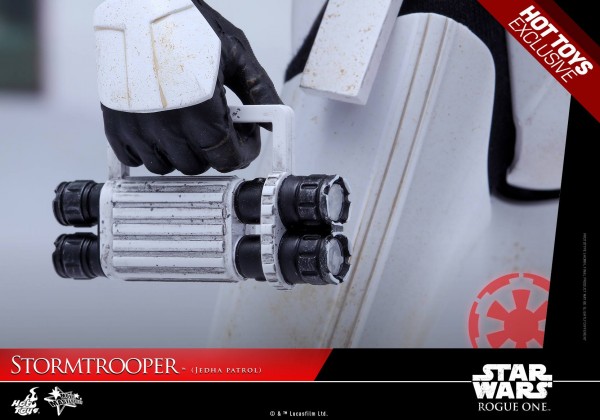 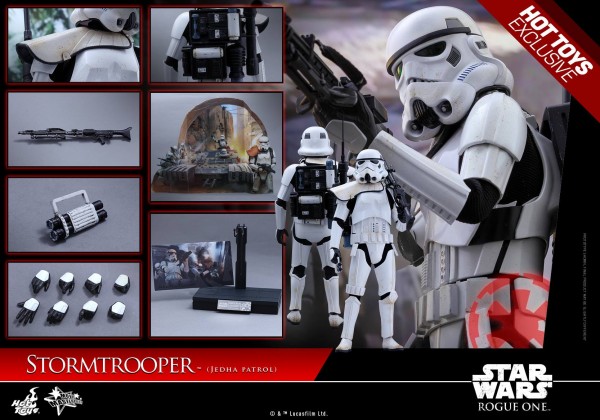