In Rogue One: A Star Wars Story, we are introduced to a handful of intriguing new characters including Chirrut Îmwe, a warrior monk who follows the guidance of the Force, and Baze Malbus, a pragmatic soldier and a crack shot with his weapon. Despite their contrasting beliefs, Chirrut and Baze are best friends, and are crucial members of the Rebel team tasked with stealing the blueprints to the Empire’s devastating battle station – the Death Star.
Now Hot Toys is excited to present new Cosbaby Bobble-Head collectibles based on Chirrut and Baze. Each Cosbaby stands approximately 11cm tall with base and has bobble-head function. They are available individually and also as a set, which features an exclusive alternative version of Chirrut holding his crossbow.
Fight the Empire alongside this awesome duo by adding them to your Star Wars Cosbaby collection! 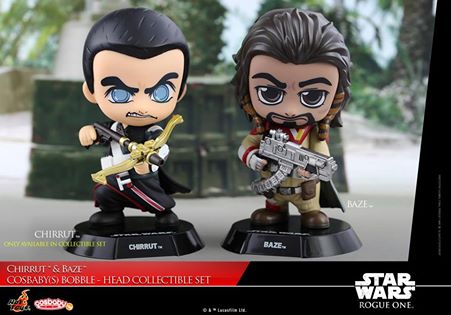 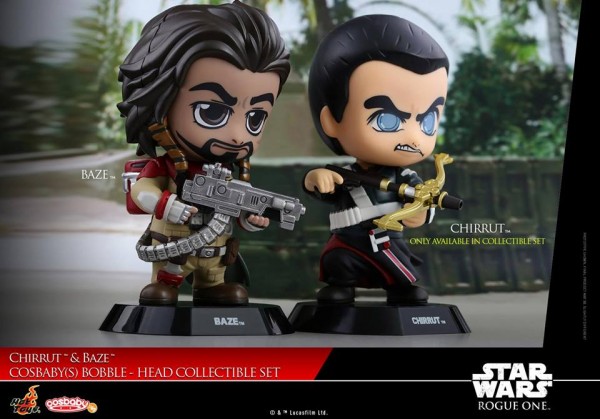 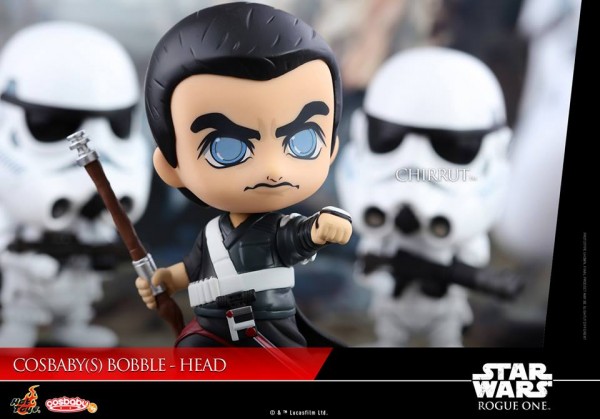 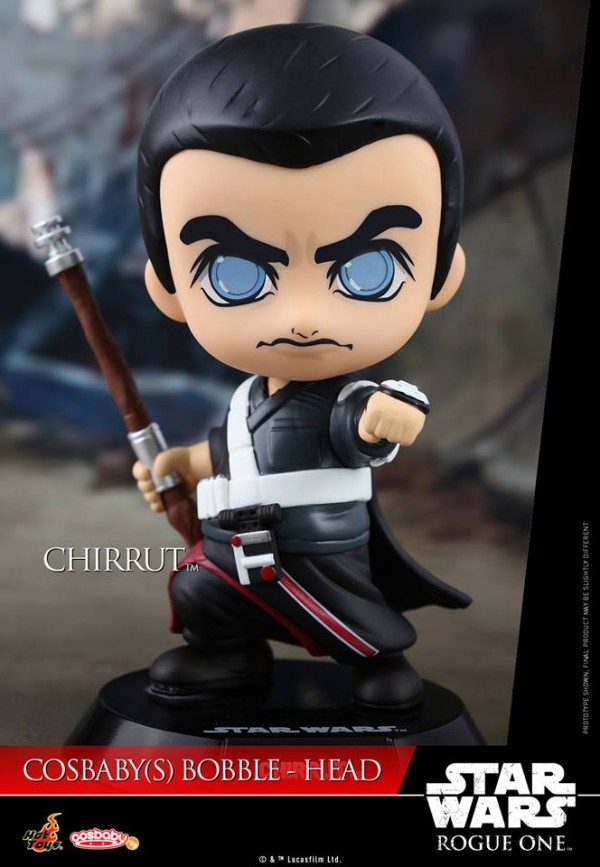 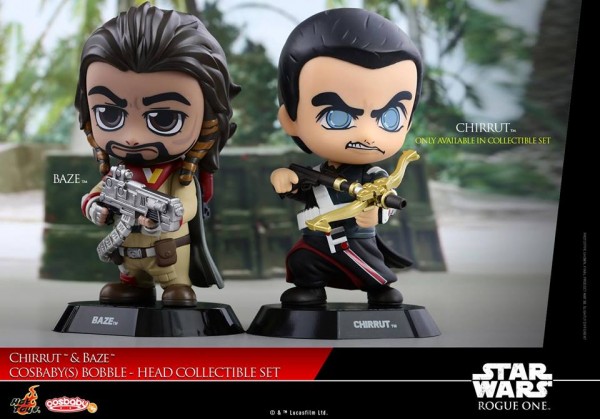 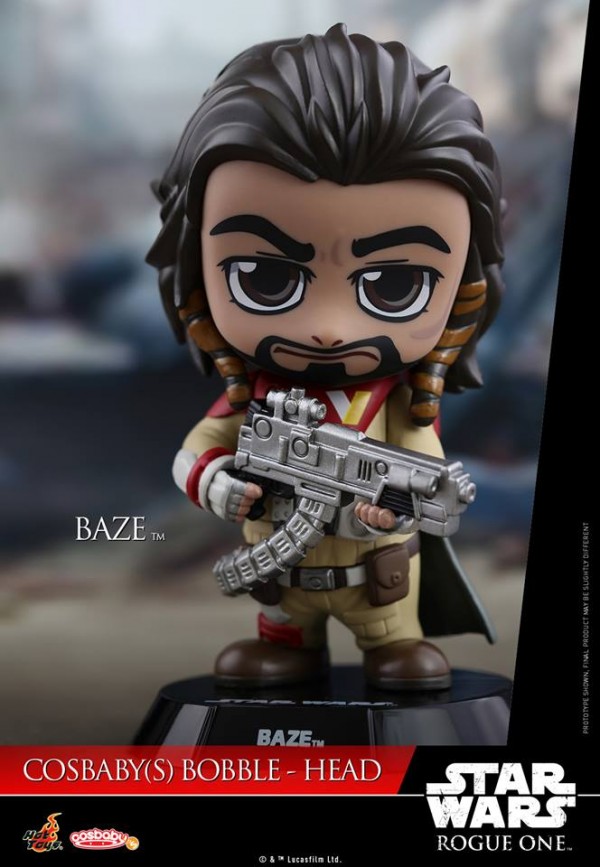 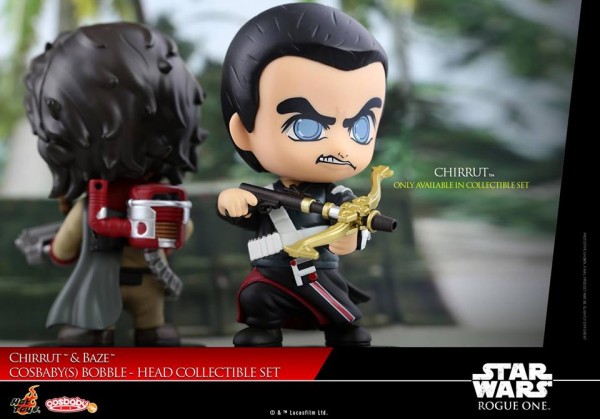 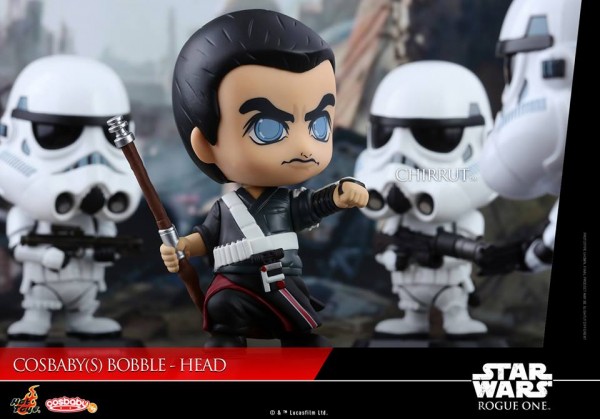 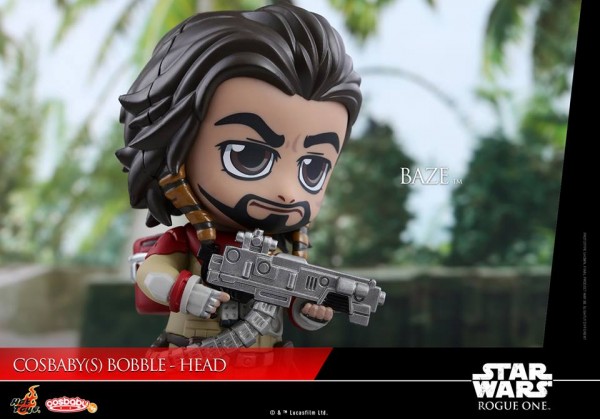