Marvel Squirrel Girl Bishoujo Statue
A Kotobukiya Japanese import! Kotobukiya’s beloved line of Bishoujo Statues bringing you new interpretations of familiar Marvel Comics superheroes and villains continues with one of the wackiest characters in comics, Squirrel Girl! Doreen Green first appeared on the scene in 1992, tracking down Iron Man to impress him with her abilities in an attempt to become his sidekick. As Squirrel Girl she has a big, bushy tail, heightened agility and fighting prowess, and of course her signature ability to communicate with squirrels! This Great Lakes Avenger’s iconic look and hilarious stories have made Green a very popular character, and now you can bring her home as a fantastic Bishoujo Statue based on a new character interpretation and illustration by Shunya Yamashita! Doreen celebrates her squirrel love as she takes a break from her GLA duties to hang out with one of her best friends: Tippy-Toe. The unique heroine kneels on the ground in a super cute pose, resting on her knees and her toes underneath her. Squirrel Girl holds her tiny companion on her outstretched hand so she can gaze into the animal’s eyes, and of course behind her is her massive squirrel-like tail! Her distinctive costume is in full effect with olive tights, fur-lined dark brown boots and a tan one-piece outfit, a utility belt with pouches, and a short leather jacket. Squirrel Girl also wears an adorable headband outfitted with squirrel ears and acorn earrings while Tippy-Toe has her own accessory, a pink ribbon around her neck! Every aspect of this Bishoujo presentation is intricately sculpted and detailed from clothing elements to fur and hair and of course Squirrel Girl’s silly buck-toothed expression. Squirrel Girl is just under 5 ½ inches tall (1/7 scale) kneeling on a specially designed leaf-themed display base. With her adorable Bishoujo styled face and beautiful paint work Squirrel Girl is an Unbeatable addition to your collection! Available May 2017 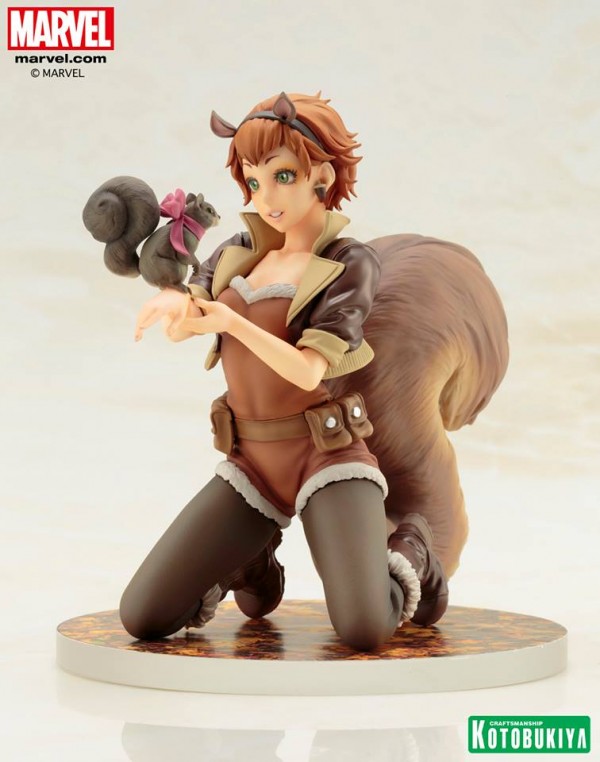 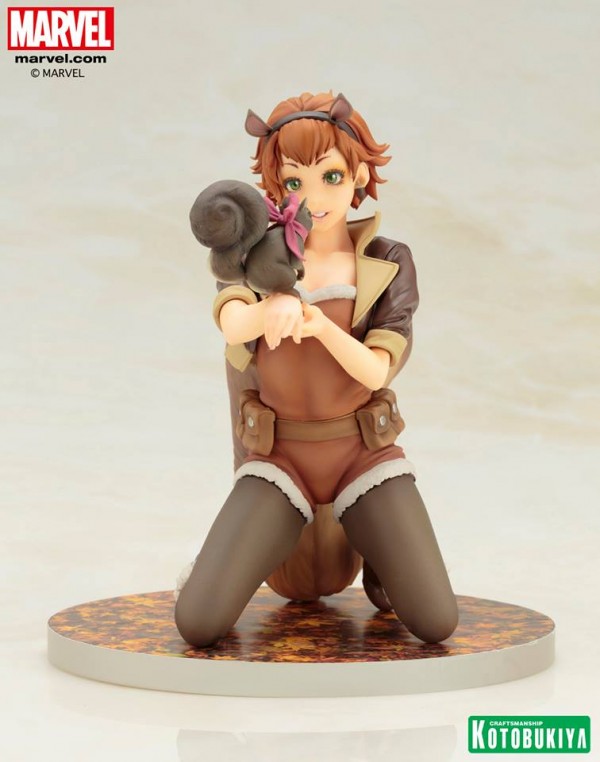 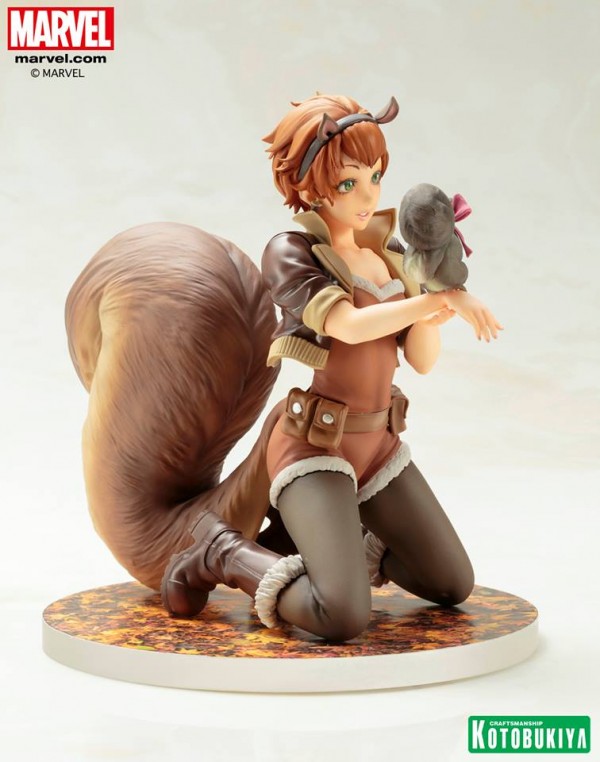 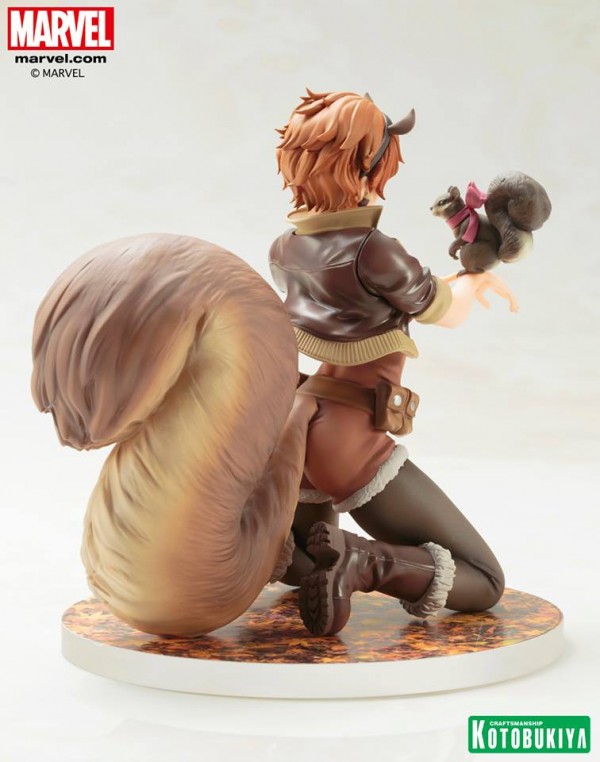 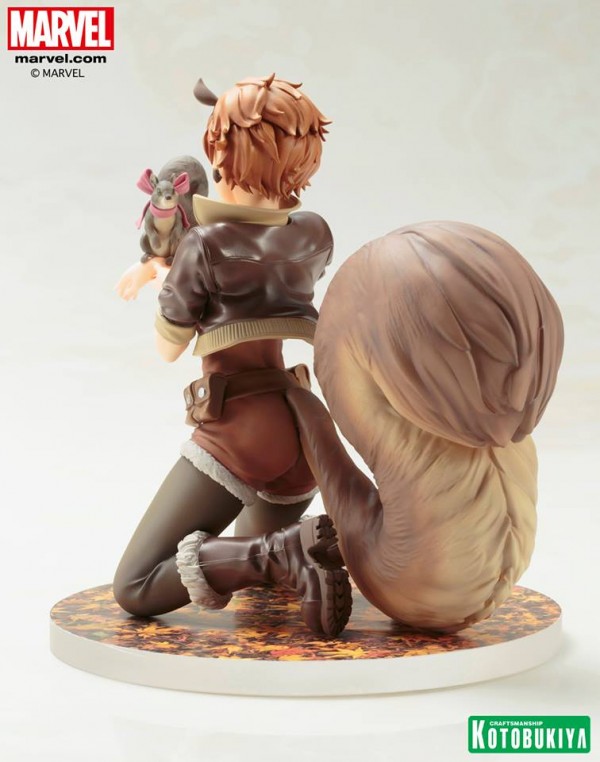 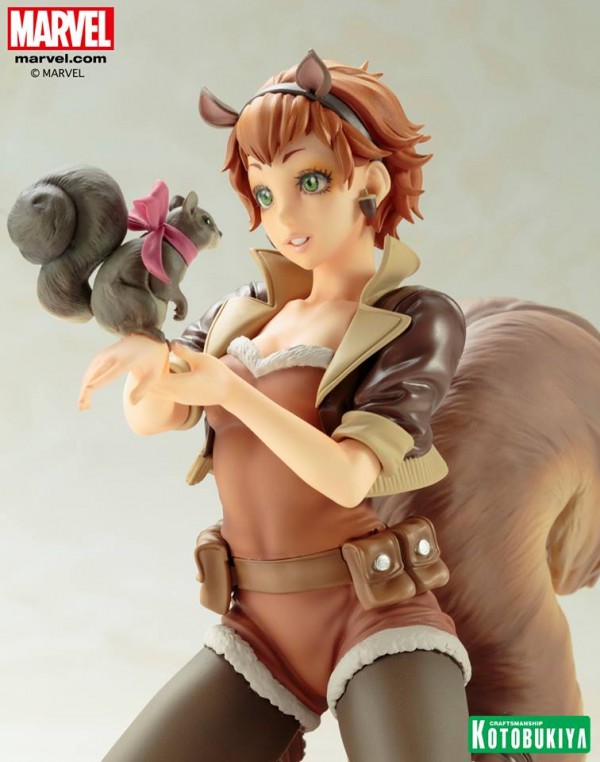 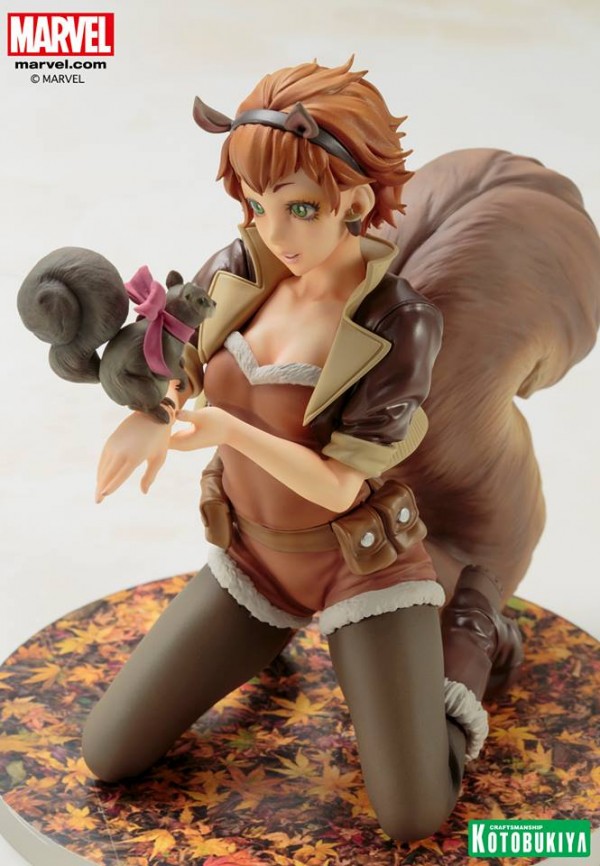 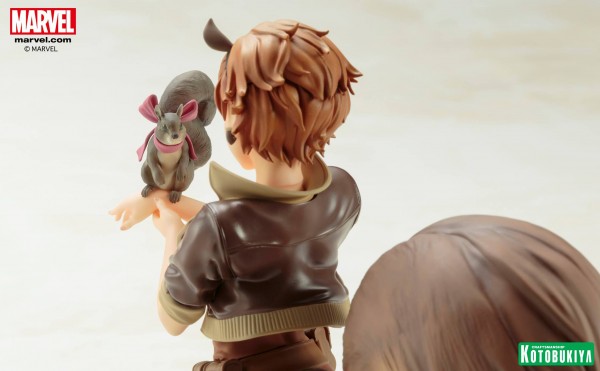 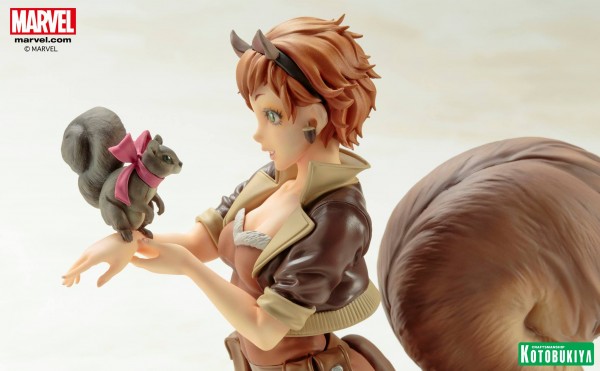