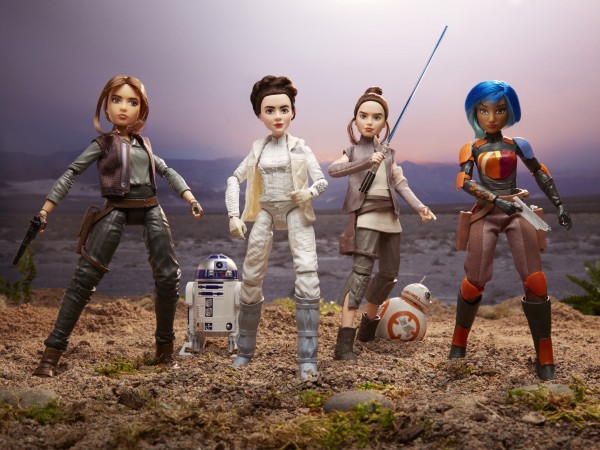 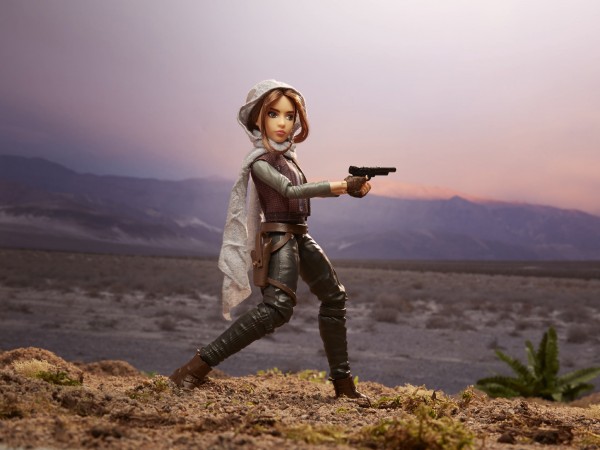 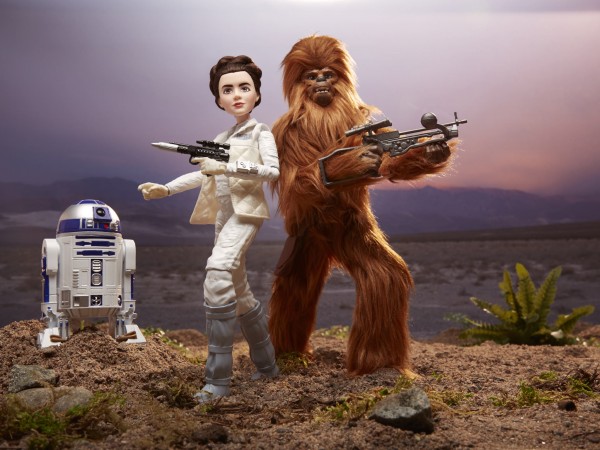 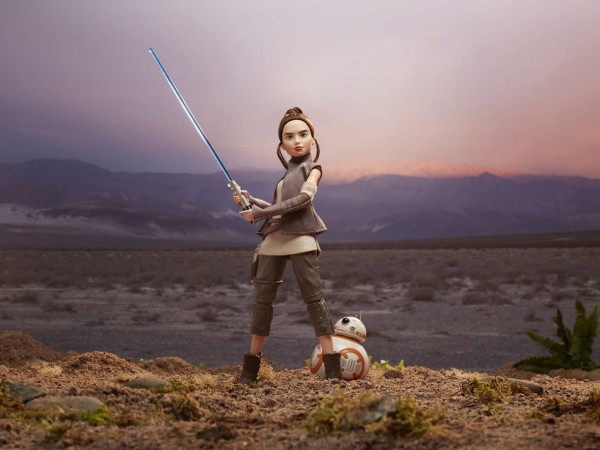 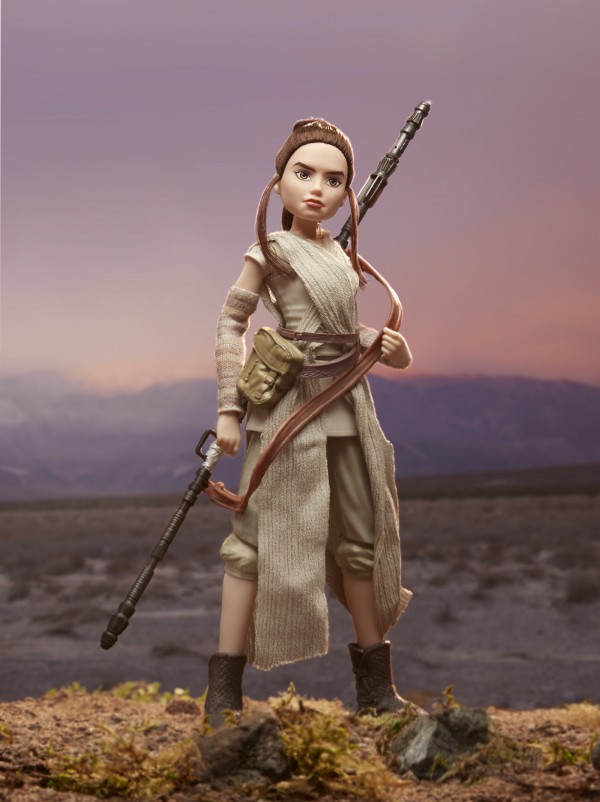 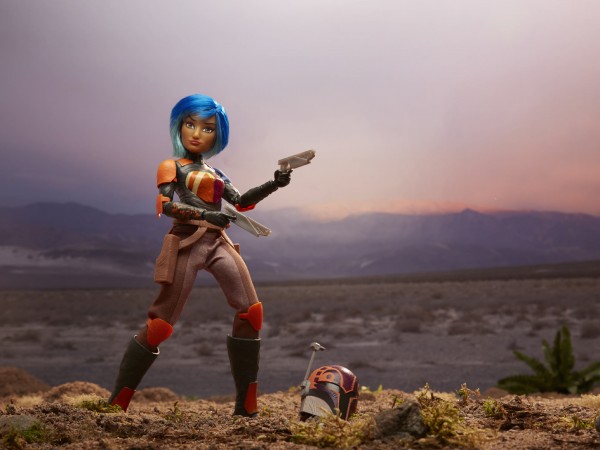 Micro-series of original, animated shorts will focus on untold stories of everyday heroism that shape the destinies of Rey, Jyn Erso, Sabine Wren, Princess Leia, Ahsoka Tano and others

Books, apparel and toys including new ‘Adventure Figures’ from Hasbro launching this summer

Glendale, Calif. (April 13, 2017) – Disney and Lucasfilm today announced Star Wars Forces of Destiny, a new initiative celebrating the inspiring stories of iconic heroes from across the Star Wars universe. An original series of animated shorts (each 2-3 minutes in length) will explore exciting, all new adventures of key characters including Rey, Jyn Erso, Sabine Wren, Princess Leia, Ahsoka Tano and others, ahead of books and a TV special later in the year. The stories will also be supported by a line of toys from Hasbro, including new ‘Adventure Figures’ – a fusion between traditional dolls and action figures, creating a whole new way to play Star Wars.

“Star Wars Forces of Destiny is for anyone who has been inspired by Leia’s heroism, Rey’s courage, or Ahsoka’s tenacity,” said Kathleen Kennedy, President of Lucasfilm. “We’re thrilled that so many of the original actors are reprising their roles in these shorts which capture the small moments and everyday decisions that shape who these characters are. It is a fun new way for people to experience Star Wars.”

Developed by Lucasfilm Animation, Star Wars Forces of Destiny will remain true to the Star Wars canon, showing how choices both big and small ultimately shape the destinies of beloved characters. Launching in July, the animated micro-series will be available on Disney YouTube ahead of a two-part TV special featuring eight additional shorts on Disney Channel in Fall 2017. Fans will be delighted to hear familiar voices in the series, including: Daisy Ridley (Rey), Felicity Jones (Jyn), Tiya Sircar (Sabine), Ashley Eckstein (Ahsoka Tano) and Lupita Nyong’o (Maz Kanata as narrator).

Star Wars Forces of Destiny will also be supported by global product extensions, including books, apparel, bedding, and toys – including the new line of ‘Adventure Figures’ created by Hasbro, which bridges the gap between traditional action figures and dolls. Each individually designed figure features dynamic action, like Rey swinging her lightsaber, along with multiple points of articulation to help recreate the characters’ adventures and heroic moments with different poses.

“From Princess Leia to Sabine Wren, Star Wars heroines are unique, and we wanted to represent that in the product line for Star Wars Forces of Destiny,” said Jimmy Pitaro, Chairman, Disney Consumer Products and Interactive Media. “The result is the creation of our new ‘Adventure Figures’ that celebrate the power and stories of these incredible characters and allow kids to recreate their most heroic moments at home.”

Adds John Frascotti, President of Hasbro: “As the Star Wars fan base has broadened over the last 40 years, we have continued to add new and exciting play experiences to the Star Wars brand, to engage fans across generations. We’ve worked closely with Disney to bring the storytelling from Star Wars Forces of Destiny to life through this innovative toy line to help connect with new audiences as well as appeal to existing fans.”

Fans attending Star Wars Celebration in Orlando will see a sneak peak of Star Wars Forces of Destiny during the “Heroines of Star Wars” panel on Friday, April 14. The panel, moderated by Amy Ratcliffe – host of “Lattes with Leia” podcast, will feature Carrie Beck – vice president of animation at Lucasfilm and Dave Filoni – executive producer of Star Wars Rebels, as well as Ashley Eckstein, Tiya Sircar and other surprise guests. For a first look at the new Star Wars Forces of Destiny Adventure Figures, stop by Hasbro booth #2744.

Lucasfilm, STAR WARS and related properties are trademarks and/or copyrights, in the United States and other countries, of Lucasfilm Ltd. and/or its affiliates. © & TM Lucasfilm Ltd.

Hasbro (NASDAQ: HAS) is a global play and entertainment company committed to Creating the World’s Best Play Experiences. From toys and games to television, movies, digital gaming and consumer products, Hasbro offers a variety of ways for audiences to experience its iconic brands. The Company’s Hasbro Studios and its film label, Allspark Pictures, are building its brands globally through great storytelling and content on all screens. Through its commitment to corporate social responsibility and philanthropy, Hasbro is helping to make the world a better place for children and their families. Learn more at www.hasbro.com, and follow us on Twitter (@Hasbro & @HasbroNews) and Instagram (@Hasbro).